Unbeaten rising star Chris “Primetime” Colbert and WBA Super Featherweight Champion Roger “The Kid” Gutiérrez each expressed confidence that they will emerge victorious in their upcoming clash during a virtual press conference Thursday, as they previewed their showdown taking place Saturday, February 26 live on SHOWTIME in a Premier Boxing Champions event live from The Chelsea inside The Cosmopolitan of Las Vegas.

Tickets for the live event are on sale now and can be purchased through Ticketmaster.com.

Colbert has made a name for himself with his exciting mix of speed and power that has helped him shoot up the 130-pound rankings, defeating former champions and dangerous contenders along the way. Colbert will look to capture his first world championship against Venezuela’s Gutiérrez, who earned the title and made his first defense in a pair of upset victories over Rene Alvarado in 2021.

“This is going to be ‘Primetime’ on SHOWTIME. This is what I’ve been waiting for. There’s no better time than right now. This is my time and I’m going to dominate in this fight. 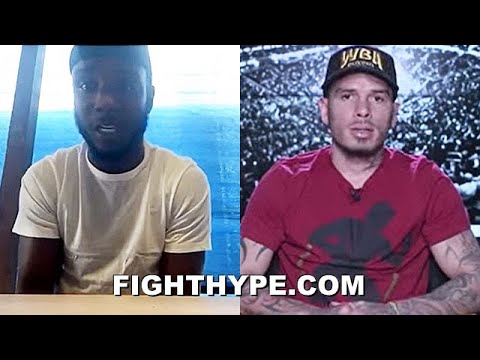 “Everybody that they put in front me that they say has power, they don’t hit hard at all. I end up walking them down and beating them up. I don’t expect anything different in this fight. I’m ready to win by any means necessary. I don’t care about looking pretty, I care about winning and dominating.

“He better make sure he brings the Mack truck, because I’m coming at him in this fight. If he can’t put me on my bike, then he’s going to be in trouble.

“At the end of the day, two warriors have to go in the ring and fight. He’s the current champion and I’m going to be the champion. I expect nothing but a firefight from him.

“February 26, you better make sure you tune in. I don’t have any losses and I don’t plan on getting any. You’re going to hear ‘and the new’ when this fight is over. After the fight, I’ll take him out for a beer.

“To be honest, I’ve never watched Gutiérrez fight. Shout out to him for earning the belt, but I don’t care who he fights like. I have one job that night, and that’s to win by any means necessary.

“When I win this fight, I’m that guy. I’ve told you forever that I’m that guy. I was born that guy. I’m just going to continue to prove that and whatever comes next, comes next. Hopefully, Gary Russell Jr. can heal up and I can take that fight and put him into retirement.

“Gutiérrez has more knockouts than I have fights, but it doesn’t matter to me. I like fighting bigger punchers because I know they come to fight. I know he’s not going to run. I want this to be an exciting fight. I want to show the fans that I can do it all.

“You’ve seen my skills and you’ve seen that I can stand in the middle of the ring and bang with anybody. You’ve seen me do it all. I’ve never been outboxed, so I know he’s not going to do that. If he wants to go toe-to-toe, I’m going to show everyone that I’m too fast, too sharp and too strong.

“I bring my own style to the boxing game. I’m looking to build my own legacy in this sport. I’m focused on this fight. I’m ready to go mano-a-mano with the champion.

“When I win in dominating fashion, don’t be surprised if I knock him out. That’s what I’m coming into this fight to do.”

“This is a chance that I’m not about to pass up. I’ve been training in Los Angeles since December and I’m going to show the world what I can do on February 26.

“It’s not important to me whether I’m the favorite or the underdog. Alvarado was the favorite against me as well. I don’t care who believes in me, what matters is that I’m a warrior and I believe in myself.

“Even though people say I’m a knockout artist, that’s not what I look for. I work toward winning each and every round. It doesn’t matter to me if we go to the final bell. The knockouts just come naturally.

“You’re going to see a Venezuelan champion once again. I don’t care what people say about this fight. I’m taking this belt back to Venezuela after February 26 to celebrate with my people.

“His best weapon is his mouth. I can’t wait to see him in the ring on February 26. I understand that he does what he has to do, but I’m not worried about his talk at all.

“Chris is a great fighter and he’s a very versatile boxer. That’s what excites me. I love facing big challenges. You’re going to see me step up to this challenge on fight night.

“Winning the world title was a whirlwind of emotions. Not only did make it to the top, but I was able to fulfill my promise that I made to my mother, who passed away a month before my fight. It was amazing to be able to reach that pinnacle.

“If he wants to stand there and go blow for blow, we’ll be ready. If he wants to use the ring, we’re ready to chase him down. We will have a plan no matter what. I’m going to be ready to leave the ring victorious.

“I’m focused on this fight, but if everything goes well, the name that I have in mind for a next opponent is Leo Santa Cruz.”