Andy Ruiz Jr. to return to action, says “Fight date” to be announced

By Jim Calfa: Andy Ruiz Jr. will soon announce his next fight date. The former IBF/WBA/WBO heavyweight champion Ruiz (34-2, 22 KOs) had long overdue knee surgery recently, and it’s kept him out of the ring since his last fight on May 1st last year against Chris Arreola.

Boxing fans are dumping on Ruiz on social media due to him fighting only once in the last three years since being dethroned by Anthony Joshua in their rematch in 2019.

In the aftermath of Ruiz’s loss to Joshua, he left his trainer Manny Robles and joined with Canelo Alvarez’s coach Eddy Reynoso. Despite signing on with Reynoso, Ruiz has only fought one time against the fossil, Chris Arreola.

Andy Jr. could get a title shot

It’s possible that Ruiz’s next fight could be against WBC heavyweight champion Tyson Fury, as his promoter Bob Arum said recently that he’s starting negotiations.

For Ruiz, that would be a dream come true for him to be getting a well-paying title shot against Fury after just one tune-up fight against 40-year-old Arreola eight months ago in May. 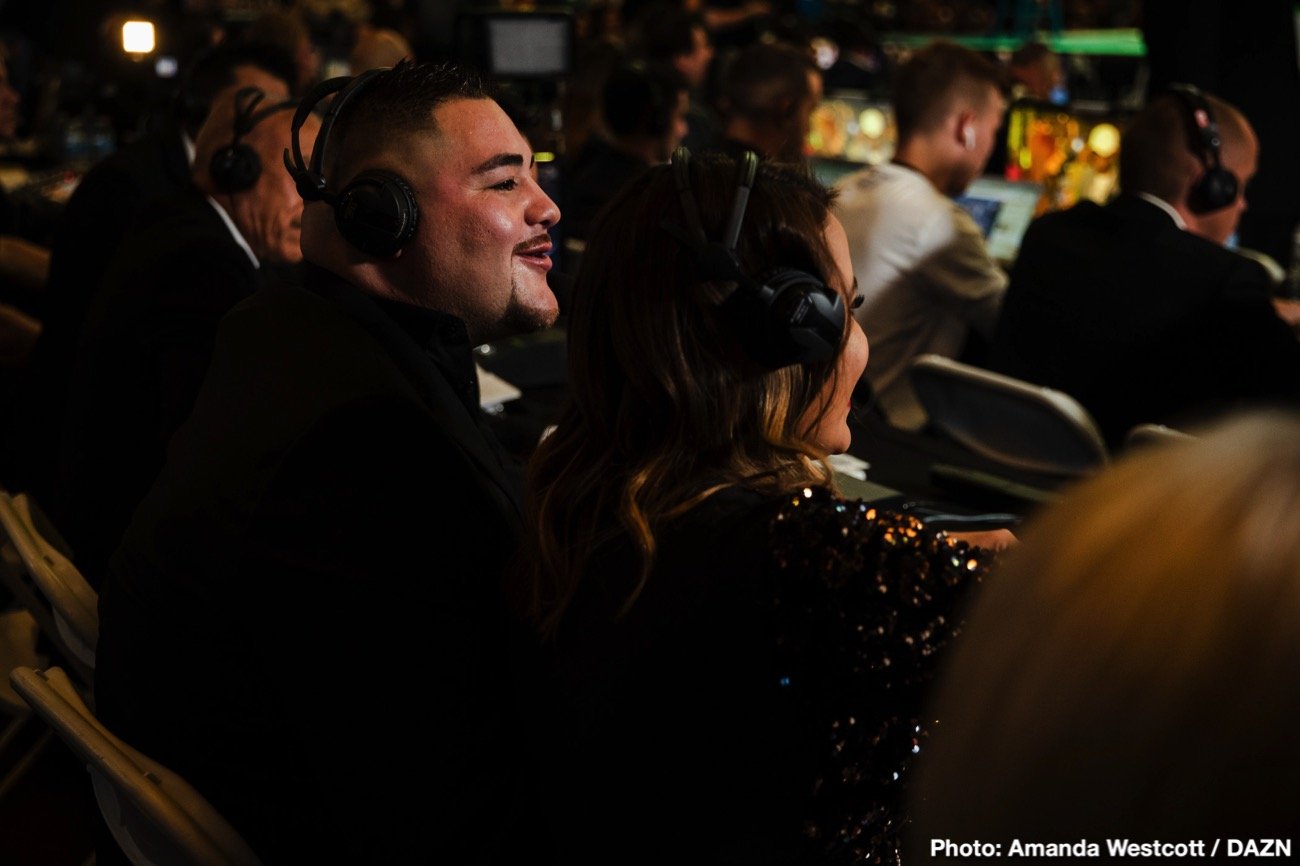 Whether Ruiz, 33, deserves a title shot against Fury is debatable. In an ideal situation, Ruiz should have had to fight at least one or two high-quality contenders before being given another chance to fight for a world title.

Even if Ruiz gets humiliated by Fury, the money that he’ll get will allow him to cry all the way to the bank.

This will be a tough fight for the short-legged 6’2″ Ruiz to win because the 6’9″ Fury is giant, and he can do whatever he wants inside the ring with ‘The Destroyer,’ especially now that he’s lost a bunch of weight and his punch resistance has disappeared.

Has the money changed Ruiz?

Some boxing fans believe that the $10 million that Andy Ruiz Jr. made from his two fights with Joshua has made it difficult for him to concentrate on staying active.

That would account for Ruiz fighting just ONCE in the last three years, which means he’s wasted his time hooking up with Reynoso.

Ruiz Jr. looked horrible in his fight with Arreola, getting dropped and repeatedly beaten to the punch by the former three-time world title challenger.

Arreola appeared to be the younger fighter, which was telling, looking at the two. You can argue that all the weight that Ruiz has rapidly taken off with his dieting has taken the best part of him, leaving an empty shell with weakened punch resistance and little punching power.

At this point, Ruiz won’t stand a chance against any of the top five contenders in the division, but that may not matter. Ruiz will get some serious coin if given a title shot in his next fight.

Happy new year, excited to get back in the ring this year. Fight date coming soon 🥊

You can’t say that the 40-year-old journeyman Chris Arreola is a top-level fighter at this stage in his extended 19-year professional career. Ruiz should at least have fought these fighters to get another crack at a world title:


« Errol Spence Jr. vs. Yordenis Ugas in March or April