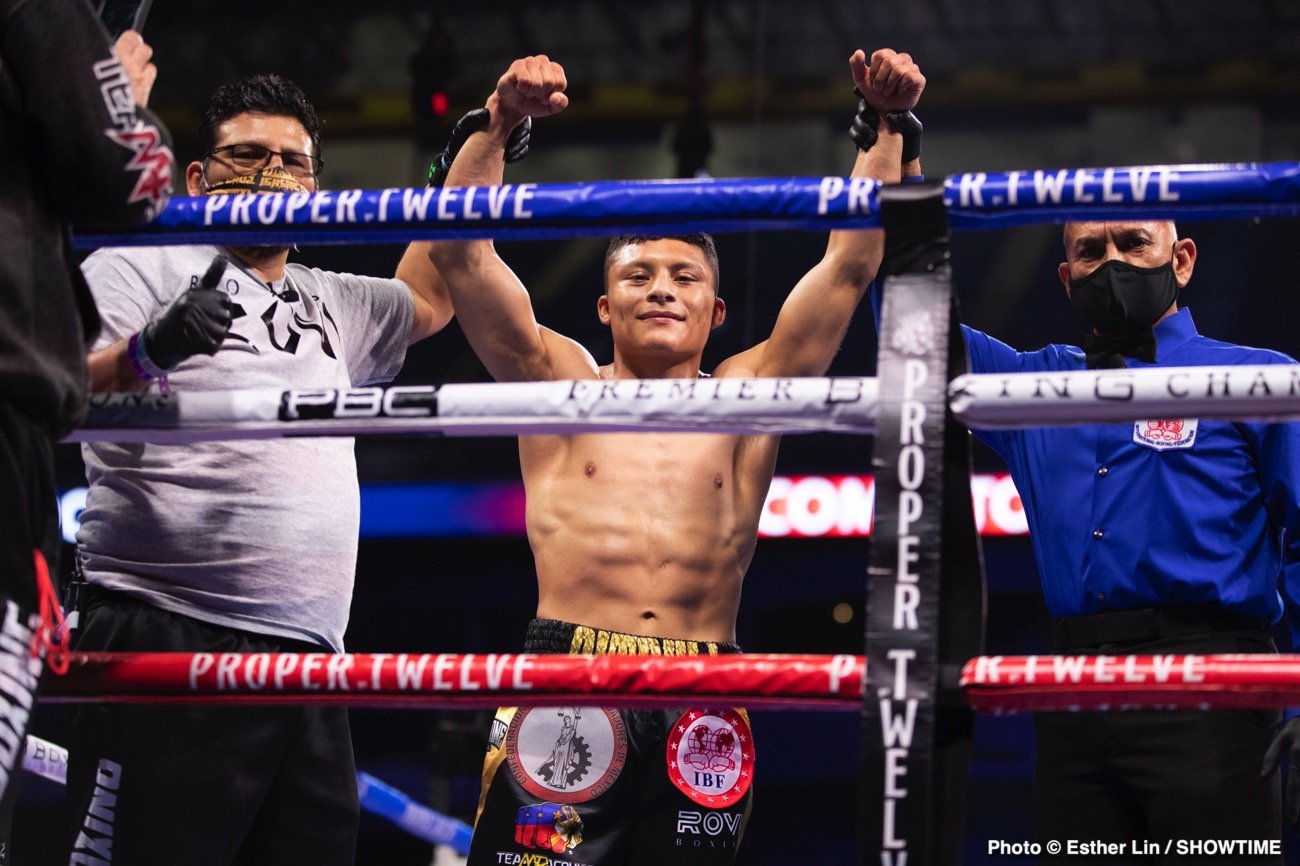 Many boxing fans have concluded that Golden Boy doesn’t want Ryan to fight Pitbull Cruz because he’s too dangerous, particularly with their fighter coming off a long layoff and a hand injury.

What we saw from Cruz, 23, in his recent fight with Gervonta ‘Tank’ Davis was a more advanced fighter than Ryan, despite the two being at the same age.

In contrast, the best win on professional Ryan’s resume is British fighter Luke Campbell, who had already been beaten by Vasily Lomachenko, Jorge Linares, and Yvan Mendy.

Last Thursday, De La Hoya posted on Twitter saying that Pitbull Cruz (22-2-1, 15 KOs) had supposedly turned down a “lucrative” offer to fight Ryan Garcia, which Oscar claimed was more than what he made for his last fight against Gervonta ‘Tank’ Davis on December 5th on Showtime PPV.

De La Hoya said, “It was so unfortunate Pitbull Cruz team turned down a very lucrative offer, more than he made with Tank.”

Sean Gibbons of Manny Pacquiao Promotions noted the above comment from De La Hoya and responded to Oscar that he’s putting out a “falsehood” in his efforts to desperately show Ryan that he’s trying to put the fight together.

Gibbons is letting Ryan Garcia know that De La Hoya isn’t telling the truth about the “lucrative” offer that Oscar claims they turned down.

Rather than Ryan checking himself by speaking to Gibbons, he made fun of Pitbull Cruz, saying, “I guess he was more like a Chihuahua than a Pitbull.”

The way that Ryan gave up so quickly on the Pitbull Cruz fight without first checking with his promoters to push to get it done suggests that he didn’t want that smoke from the tough Mexican fighter.

“Oscar, when you are ready to negotiate in good faith, we are happy to discuss giving this fight the platform it deserves. On Pay-Per-View, with a legitimate network. Don’t you believe Ryan Garcia is ready to become a pay-per-view star?” Sean Gibbons said on social media.

Mayweather Promotions CEO Leonard Ellerbe wasn’t surprised that the negotiations failed to produce a fight between Ryan and Pitbull Cruz because he predicted ahead of time that Golden Boy wouldn’t let this match happen.

“We are very happy to make you a real offer for more than you pay Ryan. Please call me I am waiting by the phone!”

@KnuckleheadSean I’m just trying to make the best and most entertaining fights possible and you guys playing games. Where will you make that kind of money that I offered to fight @RyanGarcia

Oscar .. I play NO Games !! We are very Happy to make you a real offer for more then you pay Ryan . Please call me I am waiting by the phone !! pic.twitter.com/4BPNvvoDpx

If Ryan wants this fight with Cruz, it’s there for him, but it doesn’t look at all good right now. The negotiations look like they’ve reached an impasse, and Golden Boy is already moving on.

Giving up that quickly suggests that De La Hoya never wanted the fight for Ryan, and you can’t blame him. Ryan would likely be a HUGE underdog against Cruz, and he might need a miracle to win.


« Eddie Hearn says Joshua vs. Usyk 2 in April at Tottenham or Wembley Stadium