When the Klitschkos both turned pro on November 16th, 1996, Wladimir was considered the better prospect having won Olympic Gold earlier that year. The division was stacked at the time, with their professional debuts coming just a week after Evander Holyfield scored a shocking upset against Iron Mike Tyson. You also had guys like Lennox Lewis and Riddick Bowe, the latter of whom was slated to have his rematch against Andrew Golota the following month. 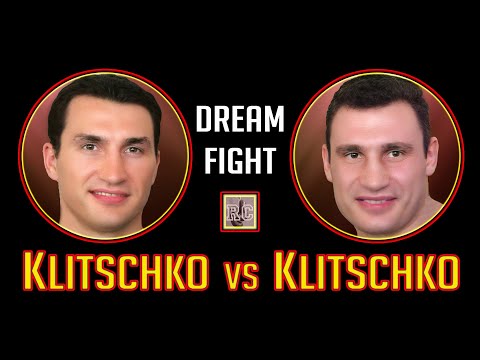 The Klitschko brothers had a dream of simultaneously holding every major world title in heavyweight boxing. That goal seemed very far-fetched in this particularly stacked era of heavyweights. But amazingly, more than 14 years after the two brothers turned pro, they had fulfilled their brotherly dream of simultaneously holding every version of a major heavyweight championship. It was an incredible journey with highs and lows for each brother, but astonishingly they accomplished their seemingly impossible goal.

It’s truly extraordinary. Now the fans may have lost out on something, because the two best heavyweights in the world were destined to never face each other. But watching the Klitschko era, where you had these two brothers dominating the heavyweight landscape, barely losing a round between them along the way – this was truly unique and amazing stuff. Now that the book is officially closed on the tremendous careers of both Klitschkos, we have a situation where Wladimir had the greater career accomplishments and he is widely viewed as the superior technician, but Vitali is the one usually viewed as the tougher and grittier of the two.

So who would win a Dream Fight between prime Wladimir Klitschko and prime Vitali Klitschko?

This edition of Rummy’s Corner will attempt to provide an answer to that question, while also providing a quick look back at some of the tremendous achievements of both Klitschko Brothers, and their long and arduous road to fulfilling their brotherly dream of simultaneously holding all of the major heavyweight title belts.. For one man’s opinion, please watch and enjoy the video.