Terence Crawford sends Errol Spence a message, calling him out

By Chris Williams: Terence Crawford took to social media on Monday while in the ocean to call out Errol Spence Jr. for a unification fight. IBF/WBC welterweight champion Spence (27-0, 21 KOs) hasn’t fought in a year due to an eye injury he suffered and a lot of time spent on negotiating a fight with Manny Pacquiao.

Crawford wants to make the indication fight with Spence now, as he’s running out of time. The eye injury that Spence suffered makes it improbable that he’s going to agree to fight Crawford in his first fight back in early 2022.

It’s predictable that Spence won’t fight Spence next year at all because he still has other options at PBC in Yordenis Ugas and Keith Thurman.

With Jaron Ennis and Vergil Ortiz Jr. both moving up what WBO’s rankings, Crawford is in a situation where he much makes the fight with Spence while he still can before he’s dethroned by one of those younger lions in a fight that won’t make nearly as much money.

Crawford showed in his last fight against the gatekeeper Shawn Porter that his time as the WBO champion isn’t long.

WBO welterweight champion Crawford (38-0, 29 KOs) is in a tough position with him about to turn 35, and his contract with promotional company Top Rank has expired.

Crawford is looking pretty big right now, and it might be a good idea for him to move up to 154 to defeat the vulnerable IBF/WBA/WBC champion Jermell Charlo.

“The ocean is as big as a mother f***. We ain’t going to be able find your punk a** out here,” said Terence Crawford on social media in calling out Errol Spence. “I don’t know if I can find you in the ocean. You got a lot of places to hide,” said Crawford.

“I’m an Errol Spence fan except on the nights he’s fighting Shawn Porter,” said Kenny Porter to Fighthype. “Terence Crawford, I’m in the same situation with Terence. I traveled to Venezuela with Terence in 2007.

“I’ve been in National tournaments with Terence. When I see Terence, I’m happy to see Terence,” said Kenny. “I never thought those times we traveled and the things we did in totally two different weight classes that they would ever fight each other.

“Both guys [Crawford and Spence] have shown that they’re at the top of their class, and both guys I believe should have to fight each other. Hopefully, they work that out and make things happen so that these questions get answered in the ring and not on camera.

“At this point in time, it’s hard for me to decide [who wins between Crawford and Spence]. Damn, if Shawn had been fighting like the night he fought Errol, we may not be having this conversation.

“On the other hand of that, Bud’s a great fighter and Errol is a great fighter. I hope they put it together and make it happen. If you push me, I’m probably a Spence fan.

“It’s an amazing situation for both guys. I’m talking about their careers now with them fitting each other and being undefeated and putting all the questions aside.

“If you push me, I got to say, me and EJ [Spence] go way back and the same thing with Bud. These are great guys, and great stories to be able to tell. Nobody else can tell you they squared up with Terence in an alleyway.

“The plane going down, that’s my man. Absolutely, I would like to be ringside for that fight [Crawford vs. Spence]. I’m going to be. Make it happen and I’m going to be there,” said Kenny Porter. 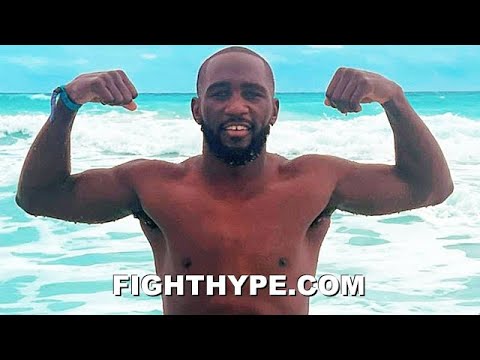