Ellerbe says the win for Kambosos Jr (20-0, 10 KOs) shows that “ANYTHING can happen” in the sport, especially when you’re dealing with inactivity. Teofimo didn’t lose because the better fighter beat him. He lost because he took off too much weight and sapped his strength.

In former undisputed lightweight champion Teofimo’s case, he’d been out of the ring for over a year, and he looked like he’d gone through pure hell in making the 135-lb weigh-in limit for the fight.

Teofimo walks around at a solid 155+ lbs in between bouts, and taking off muscle plus water weight to get down to 135 was always going to be a problem. You can only get away with draining down that kind of weight so many times before it catches up to you.

Then to compound that problem, Teofimo had an arm injury, and his trainer/dad Lopez Sr. wasn’t giving him sound instructions in between rounds.

“Anything can happen in the sport on any given day. Kambosos, they were going back and forth with a lot of cancellations and whatever they had going on,” said Mayweather Promotions CEO Leonard Ellerbe to Fighthype.

“He [Kambosos] stayed ready and went out and executed and did his job Saturday night. It just goes to show you that if you’re a big underdog in this game, you still got to go in there and fight the fight,” said Ellerbe.

“Props to Lou [DiBella], Peter and Kambosos’ dad. They did a phenomenal job of getting him in the position to have the opportunity, and they did their thing. They cashed in.

“Our focus is on Isaac Cruz,” said Ellerbe on Gervonta Davis’ opponent for this Sunday, December 5th. “We’re not thinking about nobody beyond Sunday night because Tank has his hands full with Cruz just like Kambosos.

He’s [Pitbull Cruz] an underdog coming into this fight, and he has nothing to lose and everything to gain.

“There’s a reason why because he went out there and did his thing. Anything happens in boxing, especially when you’ve got guys that can punch. You’re taking risks,” said Ellerbe.

Kambosos was more comfortable making 135 than Teofimo, which gave him a considerable advantage in the fight.

Teofimo should have vacated his 135-pound titles after his win over Vasily Lomachenko last year because it is evident that he was struggling with the weight.

Anything can happen in boxing

“Yeah, this guy has a bigger amateur career, and he’s done things, but when you go in there, they’ve got to match up and figure s*** out,” said Ellerbe. “That’s why anything can happen.

“That’s why a fight like this is a very, very dangerous fight,” said Ellerbe about Isaac Cruz being dangerous for Gervonta Davis. “We get up for every guy no matter what.

“You guys say, ‘You won’t fight this guy.’ You saw what happened [Teofimo losing to Kambosos]. That’s why I say anything can happen in this sport,” said Ellerbe.

You got to imagine that Ellerbe and Floyd Mayweather Jr. are both highly concerned about the possibility of Isaac ‘Pitbull’ Cruz (22-1-1, 15 KOs) doing the same thing to Gervonta ‘Tank’ Davis that Kambosos did to Teofimo.

We’ve seen Tank take punishment in his recent fights against Mario Barrios and Leo Santa Cruz, and it’s clear from watching those matches that it’s only a matter of time before he loses.

The 23-year-old Pitbull Cruz has the youth, durability, and the power to hang around long enough to score a knockout on Saturday against the easy-to-hit Tank Davis.

Unfortunately for Mayweather Promotions, Tank is the only talented guy they have in their stable, which is odd given Floyd’s vast fortune.

With Mayweather’s money, he could easily have the most extensive stable in the sport if he was willing to invest it on talent, but he’s chosen to be frugal.

As a result, when Tank’s career ends, there won’t be anyone that can step in and replace him with Mayweather Promotions. The way Tank Davis looked against Barrios, it won’t be long before his career fades, especially if he doesn’t possess the discipline to stay at 135.

Assuming Gervonta eats his way to 140 and 147, he’s going to get beaten up once he starts talented opposition.

If a limited paper champion like Barrios had Tank on the brink of defeat through the first seven rounds, imagine what Josh Taylor, Jose Ramirez, or Regis Prograis would do to him. 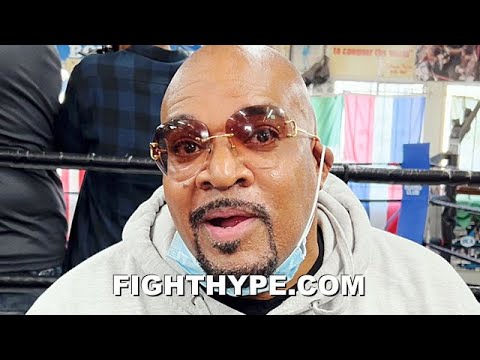 Adrien Broner: ‘I will be back in the ring SOON’ »