Kambosos says Tank, Haney, Ryan Garcia, and Lomachenko will “get it”

By Sean Jones: George Kambosos Jr. arrived home in Australia on Wednesday, and he let his fans know that he’s ready to defend his beautiful, lightweight belts against Devin Haney, Gervonta ‘Tank’ Davis, Ryan Garcia, or Vasily Lomachenko next.

The unbeaten Kambosos claims he could “milk” his four lightweight titles if he wanted to, but he prefers to fight the best. You can argue that talent-wise, Kambosos is too shaky to milk his title without getting beaten by one of the fringe contenders.

It’s wiser for Kambosos to get the biggest money fight he possibly can because this might be as good as it gets for him.

If you put Kambosos in with Isaac ‘Pitbull’ Cruz, the fighter Gervonta struggled to beat last Sunday; he would lose to him. Milking his titles would be too risky for Kambosos because he’s not talented enough to hold onto those belts for any length of time against top-tier lightweights.

Top Rank promoter Bob Arum said as much about Kambosos not being a high-caliber fighter in his estimation.

“I don’t think he’s top caliber. He fought a Teofimo Lopez that should’ve been in the hospital, not in the boxing ring,” said Arum to Fighthype on Kambosos.

NEWS:   Leo Santa Cruz tells Ryan Garcia that Tank Davis "brings his power out of nowhere," picks him to win

Right now, you can dispute Kambosos because the undisputed because he doesn’t possess the WBC regular title. The belt Kambosos has with the WBA is the Franchise strap.

If Kambosos does take the Haney fight, he’d be doing it more so because it’s the most winnable one for him of the ‘Four Kings’ that are lining up for a fight against him. Kambosos is an excellent fighter, but he could get hurt by Ryan Garcia and Tank Davis. Those guys have destructive power.

As for Lomachenko, his boxing skills are light years better than Kambosos, and it would be ridiculously one-sided if he fought him. With that said, Kambosos can beat Haney because he can’t punch, and his chin is suspect.

Haney would have lost his last fight against Joseph ‘Jojo’ Diaz Jr. if he’d thrown more punches. Jojo looked like he was carrying around too much weight, and he only had the stamina to fight hard for a few rounds.

We’ll eventually see if the wild-eyed Kambosos is accurate with his claims that 80,000 fans will attend his next fight in Australia.

The look on Kambosos’ face when talking about 80,000 fans attending his next fight, he looks disconnected from reality.

I don’t know where Kambosos came up with the number, but it doesn’t sound like he’d got his feet firmly planted on the ground.

That number would make sense if Kambosos had a proven track record for bringing in monstrous stadium-sized crowds in Australia.

It’s going to be fun to see if Kambosos turns out to have guessed right on that number.

He defeated the previously unbeaten Top Rank promoted Teofimo (16-1, 12 KOs) by a 12 round unanimous decision at MSG in New York. Last week, it was revealed that Teofimo was injured before the fight with Kambosos, and he’d still gone through with the contest.

“We’re bringing the big fights here now. I deserve it; I’ve earned that,” Kambosos said after returning to Australia.

“Haney, Davis, Lomachenko, Garcia, they’re all going to get it. I know they’re going to come hunting. I’m the most hunted man in the world right now. They’re all calling me out, but I love it,” said Kambosos.

Many boxing fans believe that Kambosos will be brought down to earth in his next fight because he’s never shown great talent during his career.

Yeah, Kambosos beat Teofimio, but that guy looked like something was seriously wrong with him. The only rounds of the fight in which Teofimo looked like his old self were the first and tenth.

Teofimo appeared exhausted in the other rounds as if he were drained from having struggled to make weight.

“No problem,” Kambosos said when told that Haney was going to want him next. “I want him to come, and he will, so I’ll take everything off him as well.”

Haney isn’t the best option for Kambosos to take if he wants more considerable money.

“These belts aren’t going anywhere. They’re here to stay. I’m coming for the big names. Haney, Gervonta Davis, Ryan Garcia, and Lomachenko. No one gets a shot until they go and earn and deserve it like I’ve gone and done it.

“I’m coming for the big fish because the world wants to see that. We’re chasing the big names, and they’re chasing me. We already got things in the works.

“I like the Haney fight. He’s got the WBC regular belt, so I love that fight,” said Kambosos when asked what his preference is for his next match.

George coming for the biggest names

“But I know Tank is a great fighter as well, so that’s definitely an option. And Lomachenko, I’ve got to give him respect. He got most of these belts.

“Obviously, Lopez beat him, but you’ve got to give him the respect. They’re all in the mix. Ryan Garcia, I want to see him get active again, but he’s got a big following.

“It will be one of them. There won’t be a tune-up fight. Like I said, I’m cut from a different cloth. I’m not like the typical Australian fighter that is going to milk this now. 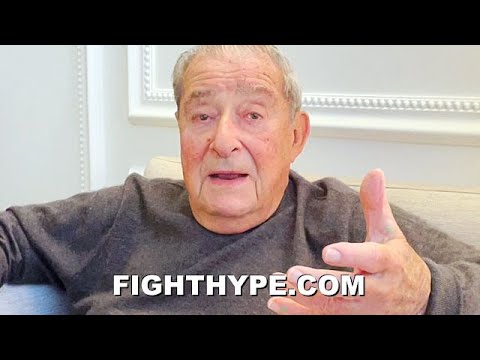 “I’m coming for the biggest names. I want to take the more risks. I can sit here and milk this and try to make as much money as I can.

“That’s never been me. We’re going to fight the best of the best and keep proving why we’re the #1 emperor in the lower division,” said Kambosos.