By Mark Eisner: Heavyweight contender Joseph Parker 30-2, 21 KOs) made Dereck Chisora (32-12, 23 KOs) look old on Saturday night in defeating him by a 12 round unanimous decision in their rematch at the Manchester Arena in Manchester, England. Chisora was down in rounds 4, 7, and 8.

In the ninth, Chisora was close to being knocked out after Parker nailed him with a barrage of punches while he was backed against the ropes.

Parker hurt Chisora four badly and had him close to being knocked on three occasions. If not for Parker’s decision to fight cautiously after hurting Chisora, he would have likely knocked him at some point. 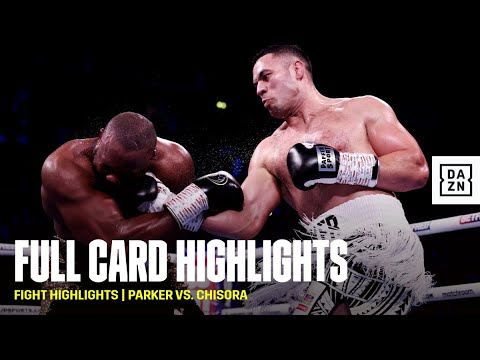 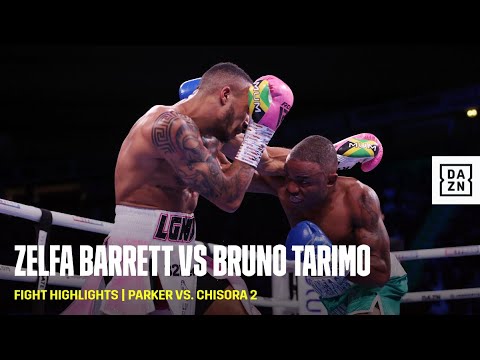 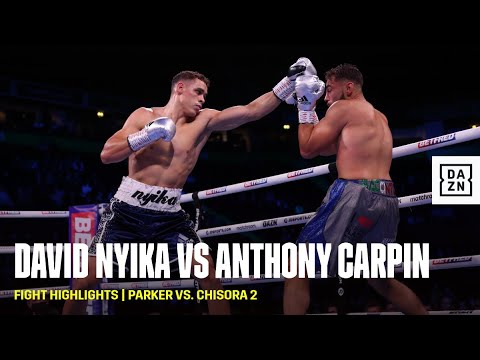 Parker has added 10 lbs of bulk to his frame, coming in at 251 lbs during Friday’s weigh-in.

Unfortunately, the weight that Parker has put on doesn’t appear to be all muscle, seeing that his midsection appears soft.

The fans largely agreed that ‘War’ Chisora (32-11, 23 KOs) should have had his hand raised if the judges had scored the contest correctly.

Parker looked “petrified” during the weigh-in

Chisora looked like he wanted to slap Parker, 29, during the face-off on Friday, and you could clearly see fear in the eyes of the New Zealander.

Parker appeared nervous as if he wasn’t sure if Chisora would swat him hard as he’d done during his face-off with Vitali Klitschko in 2012.

“He looks in great shape, though. He doesn’t look chunky or overweight. I think they’re coming in for an early finish,” said Eddie Hearn to Boxing Social on Joseph Parker weighing in at 251 lbs.

“I think they’re [Team Parker] are going to look to hold their feet and take him out. And I think him and Andy [Lee] know that you’ve got to look good in this fight to even start thinking to even start talking about challenging for the world heavyweight title,” Hearn said of Parker needing to look sensational against Chisora.

“And I think they’re going to go in tomorrow and try and outmuscle him [Chisora], sit on him, and push him back. If they do that, we’re going to get an absolute thriller.

“When he pulled down that thing and said, ‘Eddie,’ I just thought, ‘Oh.’ But that head-to-head, obviously Parker is not scared of Dereck Chisora, but he was petrified up there because he looked like he was about to do something.

“That’s what Dereck does. He wants to put you on edge, and I think that was just him looking him in the eyes, saying, ‘I’m ready for tomorrow night, so be ready,'” said Hearn.

“There are four really brilliant 50-50 fights tomorrow night. I know everyone wants 50-50 fights, but it’s hard to deliver loads of them due to different circumstances. But tomorrow you’ve got a really good card and a really good atmosphere. I think you’re going to get a brilliant night of boxing.

“That’s a good question,” said Hearn when asked what contest on the card will be the ‘Fight of the night.’ “Lerrone Richards and Congora is one of my fights of the night. Can it catch fire? Lerrone has got a style and Congora is going to walk him down.

“Tarimo – Barrett would be brilliant because Tarimo will not stop coming forward, and Jack Cullen is never in a bad fight. That’s a really tough fight against an unbeaten Frenchman [Kevin Lele Sadjo] with 16 wins and 14 knockouts.

“Chisora – Parker, you’re never going to get a bad fight, are you? It’s either going to be a brutal war of attrition or someone is getting cleaned out. I’m going to go with the latter tomorrow night,” said Hearn.

“I want him to win tomorrow, fight [Lukasz] Rozanski in a final eliminator, and then fight Oscar Rivas for the world Bridgerweight title,” Hearn said of heavyweight Alen Babic.

“He’s [Babic] not a heavyweight and he won’t like me saying that. He’s 9-0 with 9 knockouts, he’s doing everything right, and he’s entertaining every time.

“So, this guy [David Spillmont] is pretty tough, but he should steamroll through him, and then I want to see him fight Oscar Rivas, which is a really tough fight, by the way, but that’s what they want,” said Hearn.

“I think if you move on from that situation, people who thought it was a close fight would say, ‘Chisora won. You don’t deserve to move on,” said Hearn to Behind The Gloves in reacting to Dereck saying that Parker should have moved on rather than giving him a rematch.

“Fair play to Joe [Parker]. He said, ‘I can beat him better than that, I can knock him out and I want to make a statement,'” Hearn continued. “A statement is important for Parker because he wants to become a two-time heavyweight champion.

“I’m not sure he can, but if you want to get the opportunity, you’ve got to excite them, you’ve got to look good. I think the way he [Parker] weighed in, heavy but strong, I think he’s going to go for it tomorrow night with Andy Lee.

“I think they’re going to go out and try and make a statement and knock Chisora out early and try and start fast, which is good news for Dereck. And I don’t think this fight goes 12 rounds.

Dereck Chisora will be attempting to avenge his loss tonight when he battles Joseph Parker in a rematch at the Manchester Arena in Manchester, England. The card begins at 1:00 p.m. ET, LIVE on DAZN.

Most would agree, if Parker loses tonight or looks bad in winning, it could permanently ruin his dreams of trying to become a two-time heavyweight champion.

These two big heavyweights battled last May in a fight won by former WBO champion Parker (29-2, 21 KOs) by a 12 round split decision, but the results left few fans satisfied.