By Barry Holbrook: Joseph Parker weighed in at 251 pounds on Friday at the weigh-in for his rematch with popular British heavyweight Dereck Chisora for Saturday’s fight on DAZN at the Manchester Arena in Manchester, England.

Parker’s weight is 10 lbs heavier than the 241 lbs that he weighed last May for his previous fight with Chisora, which suggests that he will try and knock him out on Saturday. 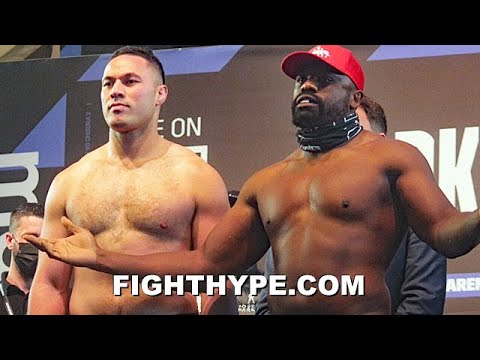 The New Zealander Parker will need to try to do something different, as many boxing fans felt that he didn’t deserve the 12 round split decision victory he was given over Chisora last May.

Parker admits that he fought too defensively in the first fight, moving around the ring and not standing his ground to let his hands go. This time, Parker, 29, says he wants to be more aggressive, throw more shots, and try and KO Chisora.

Chisora looked like he hadn’t trained hard enough for the first fight, seeing that he was in a state of pure exhaustion from the third round on.

‘War’ Chisora didn’t resemble a professional athlete with his performance against Parker, and he was lucky that the former WBO champion didn’t attack him with a flurry of shots because he looked vulnerable throughout the 12 round contest.

Parker says he’ll stop Chisora in the second half

“I feel like I’ve done everything right going into this fight, so it should be a good performance,” said Joseph Parker to Behind The Gloves.

If Parker goes after Chisora early, he might get him out of there within three rounds. Chisora hasn’t looked good since his win over David Price in 2019, which wasn’t a top-tier heavyweight.

“I can’t wait. The crowds in the UK have always been amazing, like a crazy atmosphere, but it’s a great crowd to fight in front of. I’m looking forward to putting on a great show in front of them, and thank you, fight fans.

“The first fight, Tyson [Fury] fought him [Chisora] orthodox, and in the second fight, he fought him southpaw, so this is my second fight,” said Parker in hinting he may fight Chisora out of a left-handed stance on Saturday night.

“In the first fight, I was too defensive, moving too much, and worried about not getting hit. I don’t want to fight 12 rounds. And I don’t want to finish the fight and have people question me on whether I won or not.

“I want a convincing performance from myself, and that’s the pressure I put on myself,” Parker said. “I don’t want that [people questioning whether Parker did enough]. And I want a performance where people say, ‘He won.’ The only way to do that is to be convincing or knock him out.

“That’s what you need to do. It was the perfect opportunity to show that the better fighter is myself,” said Parker when asked WHY he chose to give Chisora a rematch after beating him last May.

If Parker struggles again to win on Saturday, it’s going reinforce the opinions of fans that he’s WASHED just like Chisora.

To be sure, 29 is young for a fighter to be over-the-hill, but Parker took a lot of punishment in his loss to Dillian Whyte in 2018, and that may have prematurely aged him.

Parker insists that the reason why he’s giving Chisora the rematch after beating him earlier this year is that he asked for one. However, perhaps the actual reason is that the alternatives were potentially risky ones for him.

If Parker didn’t give Chisora a rematch, he would have been expected to fight these types of heavyweights:

The Parker looked against Chisora, who is arguably a shot heavyweight, making it highly unlikely that he would beat any of those guys on the above list.

“Because we did promise him a rematch,” said Parker when asked why he’s giving Chisora a rematch. “After the fight, he said, ‘Will you give me a rematch?’ We said okay, and we locked it in. Andy [Lee] agreed to it, and I agreed to it, and that’s why we’re here today. Honestly, I want to put on a better performance, and I know I can.

“I probably do. I did have that,” said Parker in reacting to being told that Chisora said he has a ‘Play it safe [fighting] style.’  “I said many times that I’ve picked up this defensive style of moving too much and catching and countering. This time it’ll be different.

Unless Parker looks great against Chisora, his chances of ever recapturing a world title are slim and none. Parker hasn’t looked good in many years, and you can argue he’s a perfect example of a fighter with zero longevity. We’ve seen it happen before in fighters like Pernell Whitaker.

Sometimes boxers are never the same after a tough bout, and they’re unable to come back and show the form they had before a brutal fight. 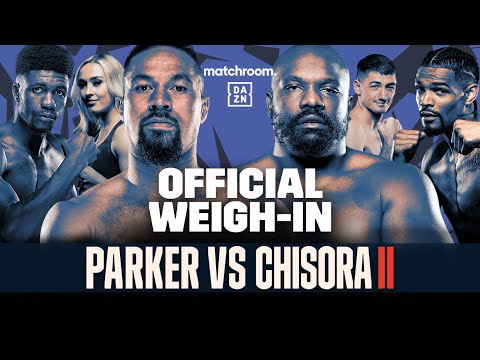