By Matt Lieberman: Trainer Eddy Reynoso says Canelo Alvarez won’t use a catchweight when he challenges Ilunga Makabu for his WBC cruiserweight title next May.

Reynoso says they haven’t sat down to begin negotiations yet, so things like catch weights haven’t been discussed yet.

It’s still too early to know yet if Makabu, 34, will be the WBC champion by the time Canelo fights for that belt next May.

Makabu is defending against WBC mandatory challenger Thabiso Mchunu on January 29th, and it’s not a given that the champion will win that fight.

Reynoso says that the Canelo vs. Makabu fight will occur in the U.S rather than in the Congo or elsewhere.

“Well, look, in the gym, we’ve done great work with Saul his whole career,” said trainer Eddy Reynoso to Fight Hub TV. “Saul is a fighter that we had him work with heavyweights and cruiserweight and has looked great,” said Reynoso when asked why Canelo has decided to go up to cruiserweight to fight Ilunga Makabu.

“No champion is an easy opponent,” said Reynoso when asked if Canelo is taking on the ‘easiest’ of the cruiserweight champions in Makabu. “To be a world champion, you got to go through a lot.

“The bad thing now is that now in boxing, the challengers are the good fighters and the champions not so much,” Reynoso said in going overboard a little.

“So that’s confusing, but to be a world champion, you have to be good, and then some.

“All champions deserve respect because to be a world champion is not easy,” Eddy said in giving a long answer to a simple question on WHY Canelo is fighting the perceived weakest of the cruiserweight champions.

It appears that Reynoso is being sarcastic when saying that the challengers are considered to be the good fighters and the champions far less so.

It seems evident that Reynoso is taking a stab at the many boxing fans who believe that former two-time WBC super middleweight champion David Benavidez is better than all the four champions that Canelo beat to become the undisputed 168-lb champion.

The reality is, Benavidez is viewed as the #1 fighter at 168 and would have destroyed the four fighters in that weight class that Canelo defeated to become the undisputed champion.

Benavidez lost his WBC super middleweight title in 2020 after he failed to make weight for one of his title defenses due to him being stuck in the bubble as part of the COVID 19 isolation procedures in place.

If Canelo wanted to silence the many critics that believe he cherry-picked the weak champions at 168, he should have fought Benavidez before moving up in weight to take on Makabu.

That’s Canelo’s problem, and it hurts his popularity that he chose to move up without fighting Benavidez.

Canelo is confident of beating Makabu

“I know fights are different, but we have confidence,” said Reynoso. “We’ve analyzed Makabu, and we’re confident with great physical preparation WE [Canelo Alvarez] can beat him.

“For about a year, we’ve been looking at potential future rivals, and we’ve been keeping an eye on him,” Reynoso said about Canelo keeping an eye on Makabu. “First, we had to finish our project at 168 lbs. We did that, so now let’s see how the negotiations work out with Makabu’s people.

“But we’ve been visualizing this fight, and honestly, we want to take this risk,” Reynoso said of Canelo wanting to move up to cruiserweight to challenge Makabu for his WBC title.

“Yeah, he’s [Canelo] ready. We have confidence in his strength and his skills, and we have a lot of opportunities to win, and that’s why we asked for this fight.

“No, Saul has confidence in himself and what we are doing. We have all the confidence in the world, and we have a talented fighter who is strong, and with the package, we can get the title,” said Reynoso of Alvarez, dethroning Makabu.

Reynoso openly admits that they’ve done their homework in studying Makabu closely suggests that they know this is a 100% sure-thing win for Alvarez.

It would be another thing if Reynoso said that they’d studied IBF cruiserweight champion Mairis Briedis or WBO champion Lawrence Okolie and claimed that they were confident of victory.

Briedis and Okolie have too much size, power, and talent for a little 5’8″ fighter with stamina problems like Canelo to beat either of them, even if the contests were staged in Las Vegas.

Canelo vs. Makabu will take place in U.S

“Our doors are open to whoever,” Reynoso continued when asked whether Canelo will fight Makabu on DAZN or Showtime in May. “Whether it be with Al Haymon and PBC, Eddie Hearn, Bob Arum, and Top Rank. We can work with anyone, and we will see who we can work with,” said Reynoso.

“No, I think the fight has to happen in the U.S, and to find a date out there is an important one,” said Reynoso when asked if the fight between Canelo and Makabu could take place in the Congo. “It will be in the U.S.”

“Makabu is a strong fighter and can take punishment well. He can hit, come forward but can move side to side. He has abilities, but his biggest is he has a lot of power and can take a punch,” said Reynoso in sizing Makabu up as a potential opponent for Canelo.

“Yes, because of the weight,” Reynoso said when asked if this is the biggest challenge for Canelo because of the size that he’ll be dealing with in taking on Makabu. “But we have confidence that we are going to put in the best work we can to win this fight,” said Reynoso.

It doesn’t matter where Canelo fights Makabu because it’s a fight that isn’t expected to be competitive enough to where the judges will play a factor in the results.

Suppose Canelo were facing Gennady Golovkin, Jermall Charlo, or Demetrius Andrade. In that case, you’d have to be concerned about the judging crew, particularly if Alvarez and Reynoso insisted that the fight be staged in Las Vegas.

Makabu looked poor in the most brutal fight of his career against Tony Bellew; it’s impossible to see a favorable outcome for him against Canelo.

“No, no, no, we will be there, and we have a margin to be at cruiserweight,” said Reynoso on whether Canelo will move up to bridgerweight or heavyweight if successful in beating Makabu.

“The weight that Canelo is at two months before a fight is a weight that can adapt to cruiserweight. So, we got to just train hard, have a great plan for preparation, and we will show up looking strong.

“No, but we will see what we negotiate,” Reynoso said on whether there will be a catchweight for the Canelo vs. Reynoso. “The important thing is we have the fight, and then we start to negotiate with his [Makabu] people, and let’s see what happens.

“Yeah, I did,” said Reynoso on whether he saw the reaction from boxing fans on Twitter to Canelo taking on Makabu at cruiserweight. “I think they see it as a big challenge and a complicated one.

“Challenges are made to accomplish and make the impossible possible,” said Reynoso. “When Canelo was a champ, no one predicted he would due to the size in the weight class he was in. Now he’s a four-division champion and pound-for-pound best and undisputed.

“So challenges are there to tackle them, and that’s how we do it,” said Reynoso on Canelo capturing world titles in multiple weight classes.

We’ll see if Canelo follows what Reynoso says about him not moving up to bridgerweight or heavyweight if he’s successfully defeating WBC cruiserweight champion Makabu.

What makes some boxing fans believe Canelo will continue to climb in weight is that he’ll be expected to fight the killers at 175 and 168. That is to say; the fans will expect Canelo to fight these talented fighters after Makabu:

At this point, it’s debatable whether Canelo can beat ANY of those fighters because he’s looked beatable lately in his last two fights.

The way Canelo struggled through the first seven rounds against Billy Joe Saunders and nine rounds against Caleb Plant, it’s questionable whether he can beat any of the fighters from the above. 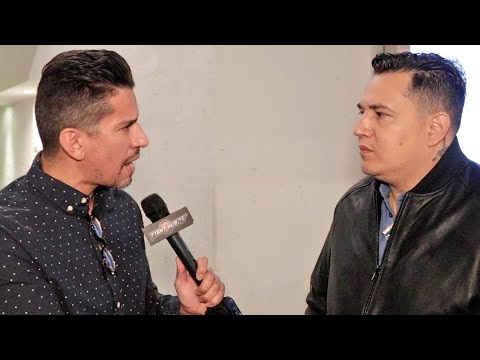