Plant says he’s going to resume fighting in the first quarter of 2022, and he’s interested in fighting David Benavidez or Jermall Charlo.

The 29-year-old Plant (21-1, 12 KOs) was on hand at the Tremendo Trees Official Brand Launch in Van Nuys, California.

Despite a month has gone by since losing to Canelo by an eleventh-round knockout in their undisputed clash at 168, you could still see puffiness around Plant’s right eye from the punishment inflicted on him by the Mexican star.

Plant feels that he showed in his loss to Canelo that he belongs up there with the elite in the division. For the first nine rounds, Plant held his own and was competitive with Canelo.

Plant didn’t come to hand his belt over

“I’m definitely disappointed. I came to win. I didn’t just come to hand my belt over,” said Caleb Plant to Fighthype on his loss to Canelo. “And I wanted the outcome. And I knew I had a good showing, and I think I showed the world that I belong on that top level,” said Plant.

It’s debatable whether you can say that Plant proved himself as being at the top level of the sport. For Plant to prove himself as an elite fighter, he’ll need to beat the likes of Charloa and Benavidez.

Many boxing fans felt that Plant had fought well enough to be ahead at the time Canelo dropped him twice in the eleventh to get the knockout.

Plant didn’t possess the stamina to fight hard in the championship rounds, and Canelo took advantage of that. It was the same flaw that we saw from Plant in his grueling fight with Jose Uzcategui in 2019.

Caleb wants anyone at 168

“I came to win, I put in a lot of work,” said Plant. “I told them that I didn’t want them to stop the fight. This is the first holiday season in the last five years that I get to go home and see my grandparents. I’m going to go do that, and then I’ll be back at the top of next year,” said Plant.

For Plant to have shown the fans that he was there to win, he should have sat down on his shots and proved that he could go toe to toe with Canelo. 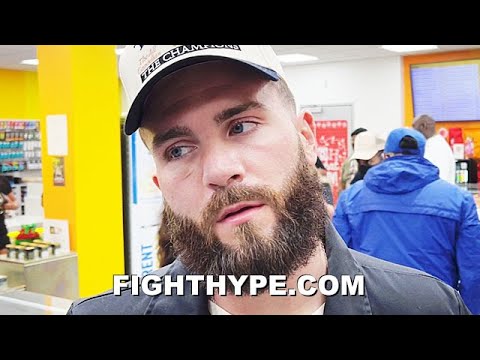 Eddie Hearn to Devin Haney: ‘Show how good you are, son’ »