By Sean Jones: IBF/WBA/WBC Franchise/WBO lightweight champion Teofimo Lopez will finally be getting his title defense out of the way tonight against George Kambosos at Madison Square Garden in New York.

If the 24-year-old superstar Teofimo (16-0, 12 KOs) wins this fight, the boxing public can breathe a massive sigh of relief that Teo has finally gotten his defense against Kambosos, 28, done with so that he can move on towards more meaningful contests.

Teofimo has several compelling fights awaiting him once he takes care of the cocky, light-hitting unproven Australian Kambosos tonight.

It would speed up the pace of the 23-year-old Haney being transformed into a superstar without him needing to slog years and years through the sport before getting to that status.

However, with Teofimo saying that a fight between him and Haney can only happen at 140, it defeats the purpose of the battle. Yeah, Haney will still get a lot of credit if he beats Teofimo at 140, but it won’t be the same.

“You’ve got one of the biggest stars in boxing in Teofimo Lopez, a guy that dethroned Vasily Lomachenko, who was pound-for-pound #1 or #2, make his defense of his world titles against Kambosos,” said Eddie Hearn to Boxing Social.

“We’re very honored and pleased to have not just that fight but Teofimo on the DAZN platform. A week after, you have what I feel is the best lightweight in the world in Devin Haney in a really tough fight against JoJo Diaz [on December 4th].

“Devin Haney just wants the Teofimo Lopez fight, right? So, we’ve just got to be aggressive with our approach, and everyone, the fighters, need to get what they deserve. That’s the key here.

“I keep saying it in front of Teofimo Lopez’s dad. We work off instructions, and we guide the careers of these fighters, but we’re told what to do,” Hearn said.

If Haney were to beat Teofimo at lightweight with all four belts on the line, it would make Devin an overnight star.

It’s a brutal fight for Haney because Teofimo won’t likely be weight drained at 140 like he would if the match were held at 135.

“We can give our opinion, but ultimately when you’ve got two guys that want to fight in one of the best fights in boxing, let it happen,” said Hearn.

“Maybe Bob knows how good Devin Haney is. That’s where Teofimo Sr. and Teofimo Lopez have to come out and say, ‘No, no, no. Make that fight [with Haney]. You work for me and do as you’re told. Make the fight.’

“If Devin Haney said that to me, I’ll go and do it because I go back to the fact, he’s my boss. I work for Devin Haney, and my job is to deliver for him, and I will provide for him, but I can’t if people will block it or if they don’t want to take the fight.

“Teofimo wants that fight, and his dad wants that fight,” Hearn said about his opinion that Teo wants to fight Haney. “Let’s do our jobs to make that happen, but we’re sitting here, and Kambosos could be watching this interview going, ‘You cheeky mother f****. I’m going to smash him at the Garden, and I’m going to make history for Australian boxing.’ Jojo Diaz is thinking, ‘Yeah.’  So let’s not get ahead of ourselves,” said Hearn.

Teofimo has already made it clear this week that the only way he’ll fight Devin Haney is if the match takes place at 140, defeating the contest’s original purpose.

Hearn wanted the Haney vs. Teofimo fight so that Devin could potentially capture the undisputed championship at 135.

Hearn banging the drum for Teofimo vs. Haney

“Let’s deal with the two huge weeks on DAZN, and if Teofimo comes through and Devin comes through, let’s get it made,” said Hearn about his hopes for a Teofimo vs. Haney fight.

“I don’t see why Teofimo is living off Josh Taylor’s name. They’ve got nothing to do with each other. Let’s just give Teofimo his credit. He won a world title.

“Rather than saying, ‘Let me have a couple of defenses first,’ which I would have thought is a good idea, he went straight into Lomachenko and beat Lomachenko. Teofimo’s win was much more impressive and a higher standard than Josh Taylor’s win over Ramirez. They’re both brilliant fighters.

“It’s what the fighters want, and if Teoimo and his dad walk away from the opportunity to fight Devin Haney, this is much bigger than that. This is pride; this is bragging rights. This is Teofimo and Devin, and this is Teofimo Sr. and Bill Haney.

“If you back out of this fight, you will never live this down. So they can’t fight anyone else now because it’s too much on the line. I love the spot, but there’s no guarantee the two will win.

“So ask me on December the 5th, and I’ll tell you now. If you don’t fight Devin Haney, you’ve gone back on your word.

“Devin, if you don’t fight Teofimo, you’ve got back on your word because we shook on it. 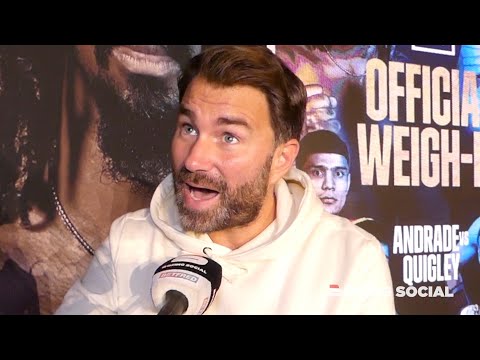 
« Miguel Berchelt moving up to 135-lb division, expects to be champion again

Golovkin rips Canelo over opposition fed to him by Hearn »