By Sean Jones: Teddy Atlas says he doesn’t want to see any more of the type of opposition that Canelo Alvarez has been routinely fighting for the last three years after watching him obliterate the over-matched IBF super middleweight champion Caleb Plant last Saturday night to become the undisputed champion at 168.

Atlas feels that his intelligence has been insulted in watching Canelo fight the champions at 168, which has been represented recently by four weak & vulnerable champions.

Plant was the last of the flawed paper champions that Canelo picked off to accomplish his goal in an opportunistic manner of becoming the first undisputed champion at super middleweight.

Teddy says he wants to see Canelo (57-1-2, 39 KOs) step it up in terms of his opposition by fighting this murderers row:

It’s believed that he’s going to throw a bone to the soon-to-be 40-year-old Gennadiy ‘GGG’ Golovkin to make DAZN happy and to please the boxing public that has been calling for him to take this fight since his controversial win over the Kazakh in 2018.

“It was a good performance, but you have to remember he’s fighting guys [that are flawed]. I don’t want to see anymore,” said Teddy Atlas to THE FIGHT with Teddy Atlas.

“I’m not knocking Plant, and I’m glad he got ten million dollars. I’m not knocking Billy Joe [Saunders]. He fought a really good fight up to that point, and he did get a broken orbital bone.

“I get it, but these guys weren’t going to win the fight because of what I already said. And I don’t want to see them [the overmatched opposition that Canelo has been padding his record with].

“I don’t want to see those fighters anymore, and they [Team Canelo] can keep doing that to complete his unbelievable contract he signed [with DAZN] for three hundred and fifty million dollars or whatever it is.

“He’s [Canelo] cashing these checks for forty or fifty million dollars. I don’t want to see them no more; I don’t. I want to see guys with enough talent to have a chance in my mind to say, ‘He’s got a chance because he has enough talent, enough ability.’

“And if it’s 168, I don’t want to see these guys unless it’s [David] Benavidez, and listen, Benavidez isn’t the most developed guy in the world. But he at least has talent in one area, power. One area, strength, and one area where I can say, ‘okay, I’ll go with it.’

“Even, I don’t want to see no more unless it’s maybe [Jermall] Charlo, and Charlo is not perfect, not close to it.

It’s hard to believe DAZN gave Canelo such a massive contract without having some say-so-in-the-quality opposition that he would be facing.

Boy, there’s no way that Sean Jones would have given Canelo a massive contract if he were working for DAZN unless I had some say-so in who he would be fighting.

There are no words to describe how far away those fighters are from the guys that Canelo SHOULD have been fighting in the last three years. It makes you wonder who made the mistake of letting Canelo fight those guys.

I wouldn’t have agreed to any of them, none. Plant, Saunders, Kovalev, Fielding, and Smith were all paper champions in my eyes.

Canelo should have had a conscience about the type of opponents he was facing, given his vast contract with DAZN.

Canelo should have fought these fighters:

Canelo should fight Beterbiev or Bivol

“I want to see him [Canelo] if he really wants to put a stamp on the greatest where everyone gets carried away with that because there were too many great Mexican fighters,” Atlas continued. 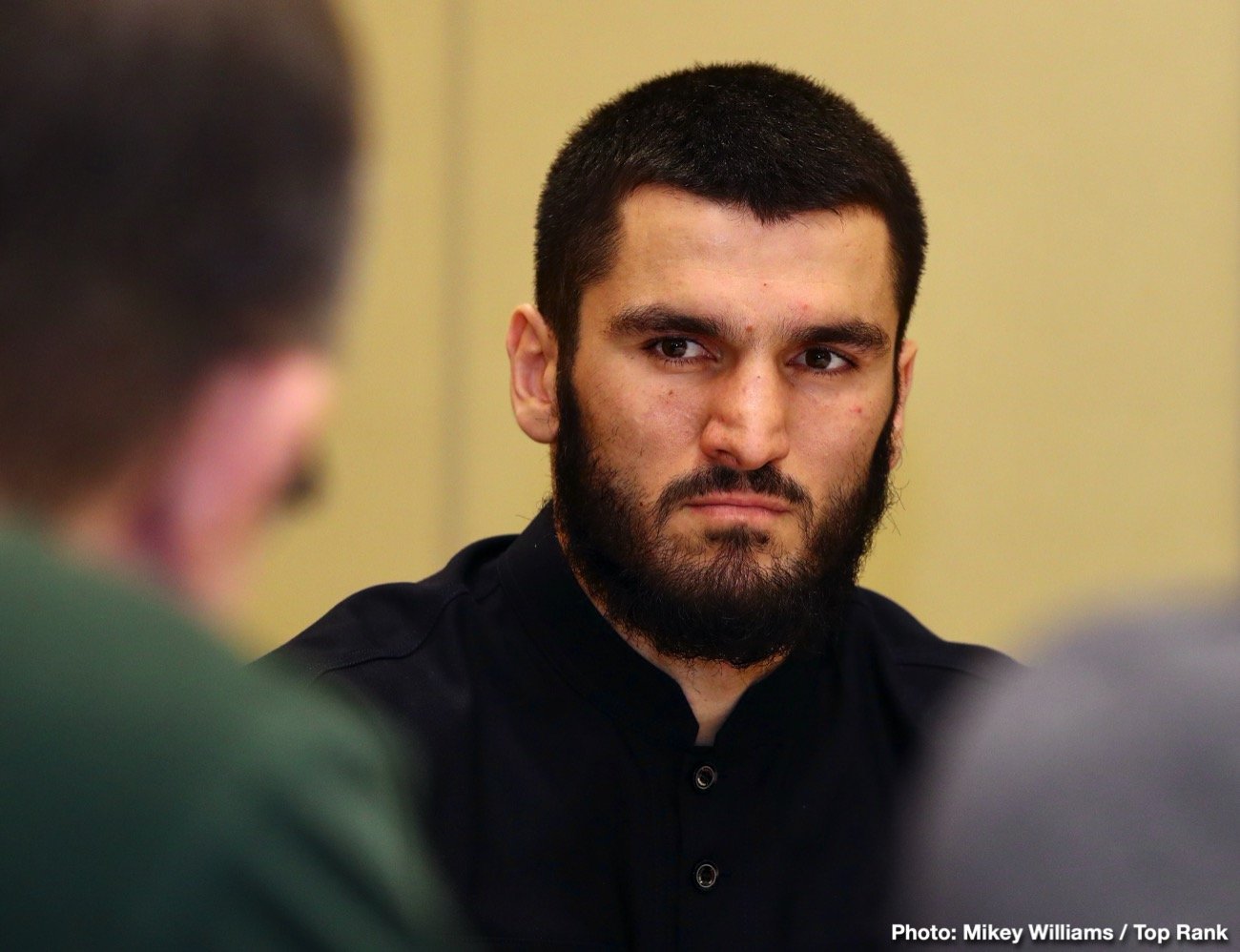 “You picked [Sergey] Kovalev,” said Atlas about Canelo cherry-picking a faded 36-year-old Kovalev to fight in 2019.

Alvarez can force a catchweight

“For the kind of money he’s [Canelo] offering, I guarantee you he can get those guys [Bivol & Beterbiev] a couple of pounds under 175,” said co-host Ken Rideout.

“Yeah, because they [Beterbiev & Bivol could never get that kind of money [to fight Canelo] anywhere else, 100%,” said Atlas.

“I think those two fights, Bivol and/or Beterbiev, are the only two real challenges,” said Rideout of Canelo. “Yes, he could fight Charlo and Benavidez, but I think we’d agree that he’d be a massive favorite against both of them, I think.

“But against Beterbiev and Bivol, that’s to me is a sincere challenge,” said Rideout.

“I agree, and that’s why I said it,” said Atlas. “Congratulations [to Canelo], it wasn’t a bad fight, but watching it from my perspective, from my seat, I just knew the high tide was coming. It was a 10 to 1 favorite [for Canelo to win]. That’s a little bit of a tip-off.

“I’ll throw in another one other name before you go to these other opponents [for Canelo to fight] you’ve been doing with Canelo. I’ll take Joe Smith.

“I know he’s not the most sophisticated and developed guy in certain areas, polished or whatever you want to call it. But he’s got such a big heart, and he’s physically big and strong,” Atlas said of Joe Smith Jr.

“He can match Canelo’s strength, his physical strength, which is important. And he is physically tough, and he can punch,” said Atlas.

“And no one deserves a payday more than Joe Smith,” said Rideout.

“So, I would throw his name to where if you bring him [as an opponent for Canelo], you have me,” said Atlas. “Unless it’s the guys I mention [Beterbiev, Joe Smith Jr, Benavidez or Bivol], I don’t want to hear it no more.

“You’re insulting my intelligence, and it makes me angry. I’m tired of it,” said Atlas about him being tired of watching Canelo fight inferior opposition that has no chance of beating him.

WBO light heavyweight champion Joe Smith Jr. will be an excellent alternative for Canelo to fight in March or April if he doesn’t feel he’s ready to fight Beterbiev or Bivol.

Smith Jr. is a massive puncher like Beterbiev, but not as skilled, though, and he doesn’t possess the experience from the amateurs he has going for him. If Canelo wants to get his feet wet in the 175-lb division in the real sense, Joe Smith Jr. is a great start.

You can’t count Canelo’s previous fight against the shopworn Sergey Kovalev as real experience because he’d already been beaten knocked out by Andre Ward in two defeats against him and stopped as well by Eleider Alvarez.

Three months before Kovalev fought Canelo, he went through a grueling fight with Anthony Yarde in August 2019 in a match that he was on the verge of being knocked out at one point by the British fighter in the eighth round. 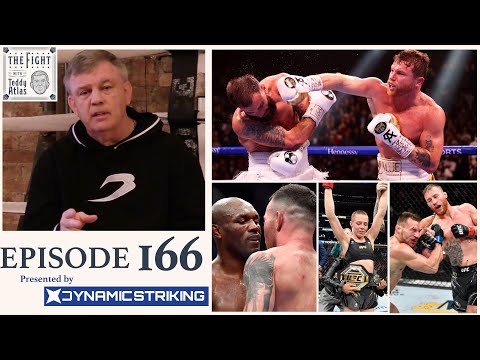 
« Terence Crawford: ‘Canelo getting the fights he wants, but I haven’t’