Rolly Romero: Tank Davis is happy he’s not fighting me 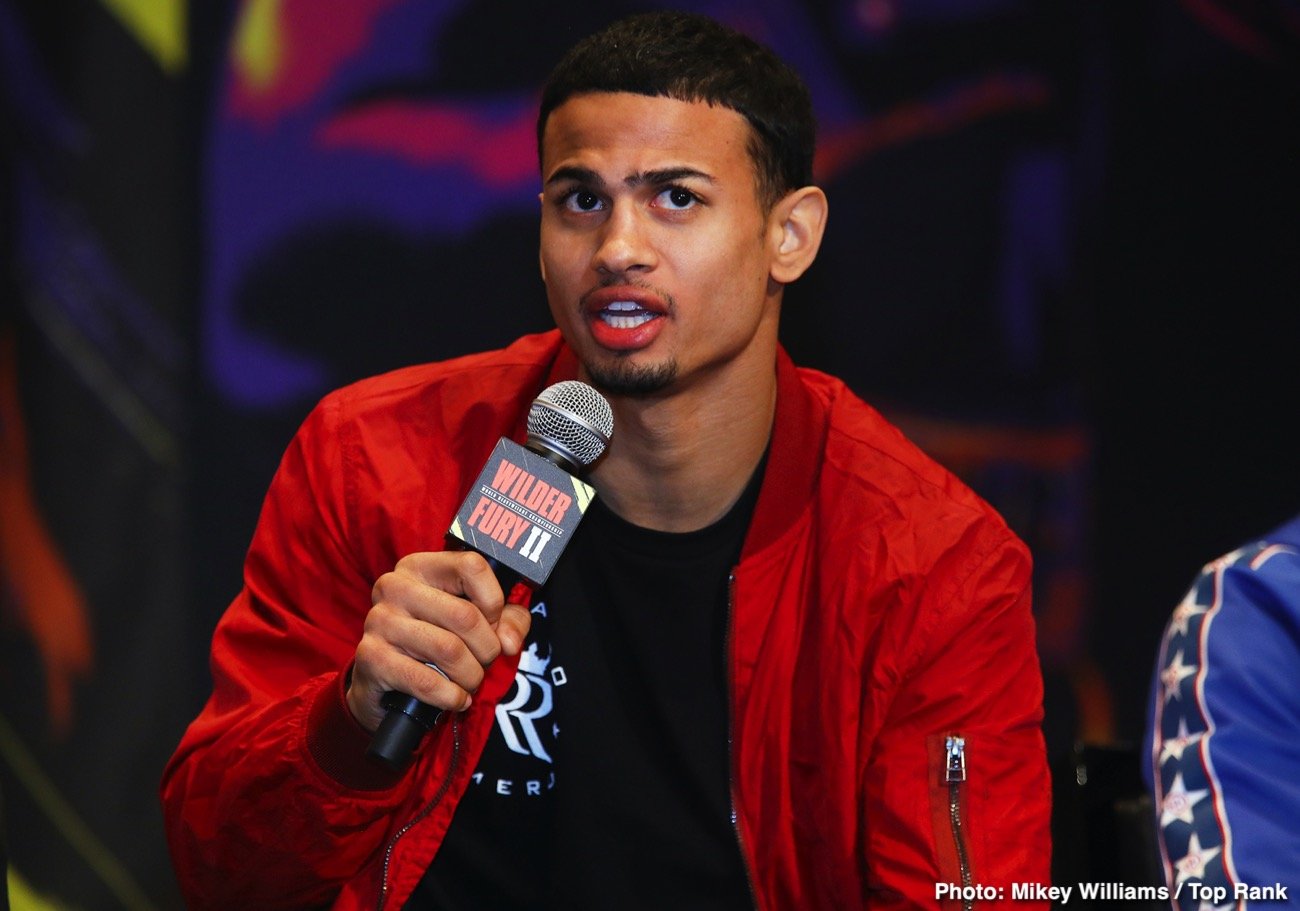 By Jeff Aronow: Rolando ‘Rolly’ Romero took to social media to unload his anger on Wednesday at being pulled out of his previously scheduled December 5th fight against WBA ‘regular’ lightweight champion Gervonta ‘Tank’ Davis on SHOWTIME PPV at the Staples Center in Los Angeles.

Rolly has been replaced by Isaac ‘Pitbull’ Cruz (22-1-1, 14 KOs) as the opponent for Gervonta to defend his WBA title against, and he feels he’s going to nothing more than a small speed bump for him to roll over.

The unbeaten Rolly (14-0, 12 KOs) was yanked from the card after sexual assault allegations surfaced about him, and he’s frustrated.

Rolly claims that Tank Davis (25-0, 24 KOs) is “beyond happy” now that he’s off the card because he won’t be getting his backside whooped by him in front of all the fans in December 5th.

Also, Rolly noticed that suddenly Tank is showing interest in promoting the December 5th event now that he’s fighting Pitbull Cruz, and he wasn’t doing that before when he was his scheduled opponent.

What was disturbing was the fast food that Rolly was shoving down his mouth during his rant. He was eating a lot of calorie-dense junk food rapidly while complaining about his fight with Gervonta going IP in smoke.

Needless to say, if Rolly keeps eating like that, he won’t be able to campaign at 135 for much longer.

“Nothing even happened. This is confusing,” said Rolly Romero on social media, presumably talking about the sexual assault allegations made about him. “He started promoting the fight now that I’m not fighting.

“The mother f**** doesn’t want to promote my fight, but he wants to promote a fight now,” said Rolly about Gervonta promoting his December 5th title defense against Isaac ‘Pitbull’ Cruz on SHOWTIME PPV.

“The mother f**** is scared to promote his a** beating. Pitbull Cruz is a fat f***. Gervonta, if you don’t knock him out in less than three rounds, I’m disappointed. That’s the truth. But he’s going to knock him out, and I’m going to knock Tank the f*** out.

As you can see, Rolly believes that Tank had no interest in promoting the fight when he was his opponent because he didn’t want boxing fans to see him taking a beating on December 5th.

At present, Rolly has bigger things to worry about than him being pulled out of his fight with Gervonta Davis, as he’s got sexual assault allegations that he still must deal with.

If Rolly is cleared of that, there’s a possibility a fight between him and Tank could be rescheduled in the future, but it probably won’t happen soon. Rolly will likely need to go his own way and try and achieve something real before he’s given a shot at fighting Tank.

If Rolly can capture a world title at 135 or 140, that’ll give him a better chance of landing a massive payday fight against Tank in the future.

“Now, I’m the first canceled fighter in the history of boxing,” said Rolly about Showtime canceling him. That’s some crazy s***. Do you know how hard it is to get canceled in boxing? 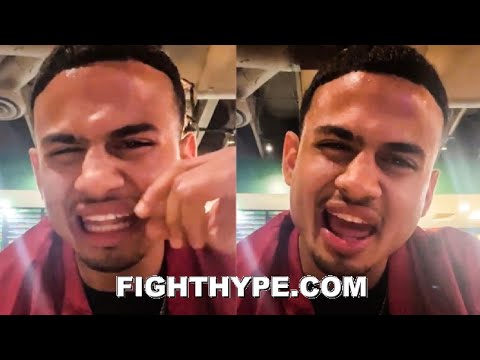 “Now, I’m going to knock Tank the f*** out. Pitbull is going to get knocked out in one round,” said Rolando in predicting a first round stoppage for Gervonta over Isaac Cruz. “If the fight lasts more than three rounds, then Tank needs to retire.

“I didn’t cancel the fight. They took me off. I didn’t pull out. Rolly never pulls out. It breaks my heart. I was going to buy my mom a house for Christmas. I was going to pay that s*** with cash. That was my dream. My mom always wanted a house,” said Rolly Romero.

It doesn’t matter what Tank Davis does in his fight with Pitbull Cruz, as far as Rolly Romero’s situation. It’s not going to make things better for Rolly if Tank wins or loses the battle with Pitbull.

Rolly has to get things together with his legal situation, and if he’s cleared, he’s got a long way to go before he’s given another shot at Tank Davis.

But if Rolly keeps eating junk food, he will end up at middleweight, and his power won’t carry to that division.

Right now, Rolly is doing well because he’s huge for a lightweight, but if he’s forced to fight at 140, 147, or 154, he’ll be just another average fighter in terms of power.

What Rolly needs to do is stay in the gym, and fight one of the champions at 135 if he continues to make weight. As soon as Rolly’s good friend Teofimo Lopez vacates his three titles at lightweight, that’ll give him a chance to scoop up one of the belts against the likes of Ryan Garcia.

Joshua vs. Usyk: 3 locations being considered for rematch »