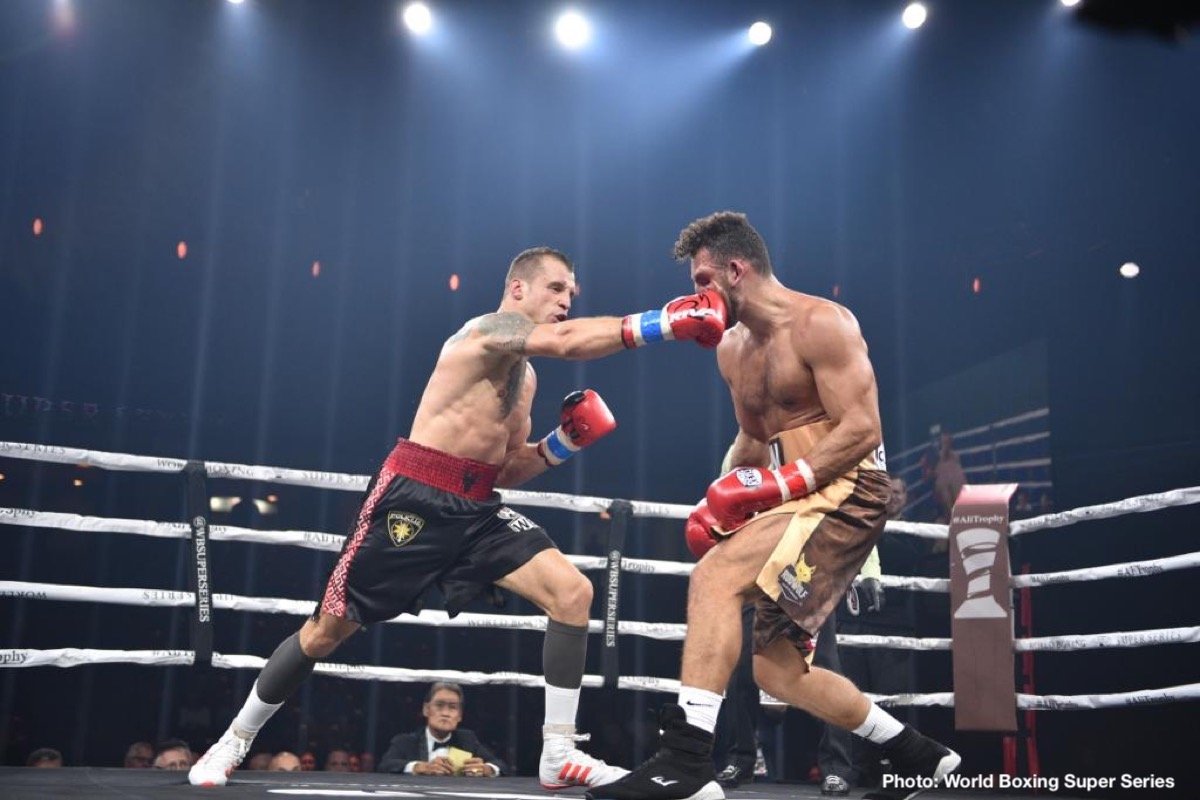 It is understood that it would be a tremendous jump for the 5’8″ Canelo to go from 168 to 200 to challenge the talented Briedis, but if there’s anyone that can do it, he can.

The basic problem with the 31-year-old Canelo is going up to cruiserweight is the pounds that he would need to add to his small frame. It’s believed that Canelo isn’t 5’8″; he’s more like 5’7 1/2″, and that’s probably not going to get the job done against the 6’1″ Briedis, who is used to fighting much bigger guys than that.

Even if Canelo does take up a Charles Atlas course of muscle-building and packs on additional 30 lbs of muscle, he’s going to be a lot slower and easier to hit than before.

For the boxing and that remember how slow Canelo looked in his light heavyweight fight against Sergey Kovalev in 2019, it wouldn’t be much more pronounced if the Mexican star chases glory by going up to cruiserweight to take Briedis up on his offer of a free title shot. 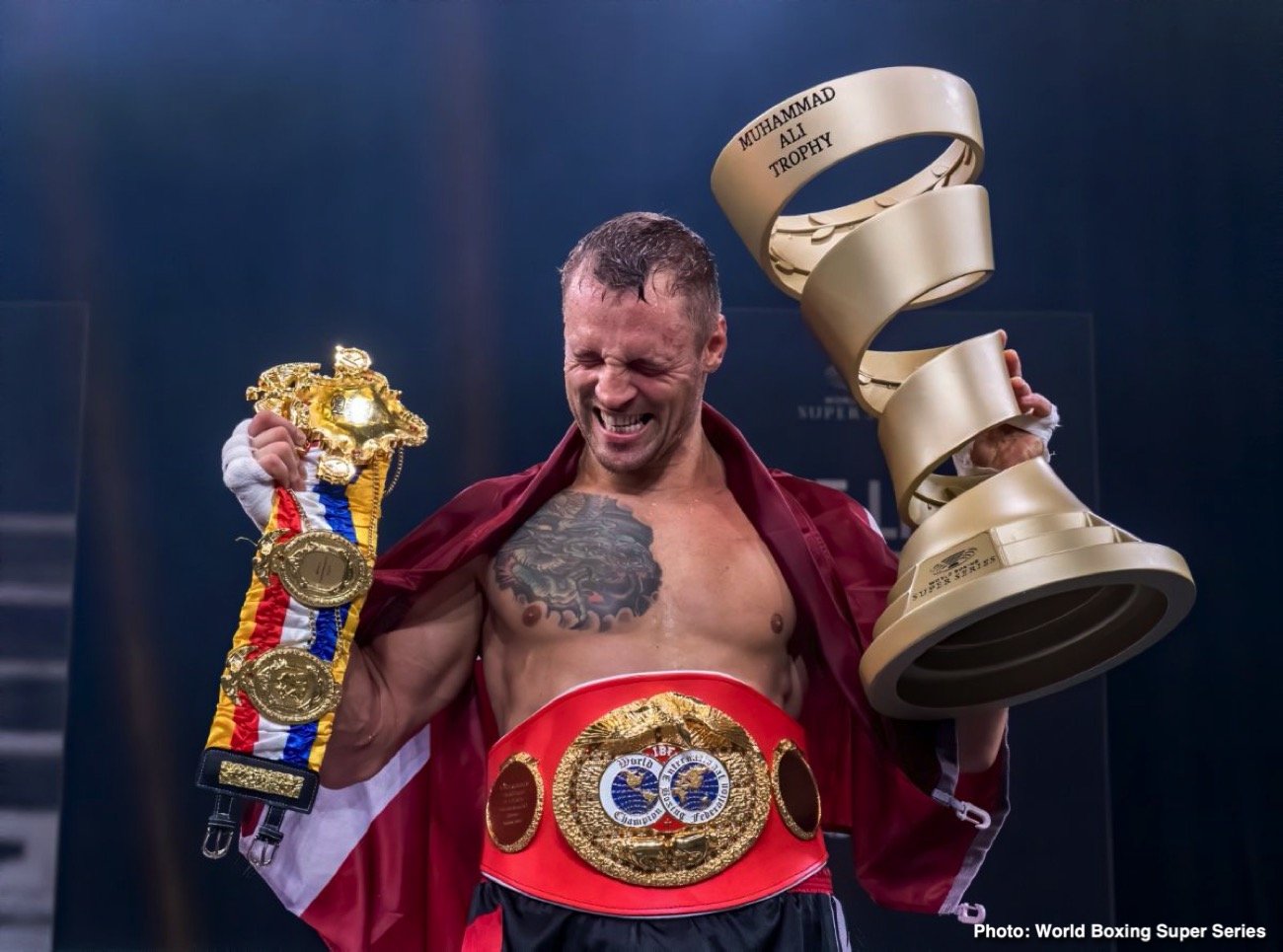 As it is right now, Canelo has turned into a slow plodder at 168, and he’s easy to hit, even with his head & upper body movement. Defensively, Alvarez is clearly not the fighter he was when he fought at 154 and 160.

Canelo’s power won’t bother a tough customer like Briedis at cruiserweight, which means the Mexican star will find himself in a grueling back and forth contest for 12 rounds if he lasts that long.

Briedis and his training team will have noted from watching Canelo’s past fights that his kryptonite is getting hit to the body. You can best believe Briedis will be targeting Canelo’s midsection the entire fight, and he may not last long under a sustained body attack from the hard-hitting Latvian.

We don’t even know if Canelo will be able to handle the body attack from IBF/WBC light heavyweight champion Artur Beterbiev (16-0, 16 KO), as the two-time Russian Olympian is a vicious puncher when going downstairs to his opponent’s midsection.

If Canelo does bulk up to 200 lbs to take on Briedis, he may find it difficult, if not impossible, to return to the 168-lb division. We saw what happened to Roy Jones Jr. when he moved up from 175 to heavyweight to snatch the WBA belt from a badly flawed champion John ‘The Quietman’ Ruiz in March 2003.

Poor Jones was never the same after he trimmed off the muscle weight and returned to the light heavyweight division from whence he came. Soon after, Jones was beaten in succession by Antonio Tarver x 2 and Glen Johnson.

Assuming Canelo packs on 20 to 30 lbs of muscle to go up to cruiserweight to try and take the IBF strap away from Briedis, he may struggle badly once he reduces all that muscle. In a best-case scenario, Canelo might be able to campaign at 175 rather than 168, but he would have it VERY hard trying to deal with the killers in that weight division.

You throw a 5’7 1/2″ Canelo into the ring with a puncher like Beterbiev or Joe Smith Jr, it would be like feeding a man-eating shark a tiny Guppy. Canelo would even struggle against the likes of Gilberto ‘Zurdo’ Ramirez with his high punch output attacks.

There’s no way that Canelo could match the volume punching of Ramirez at 175. Canelo would struggle against a puncher like Joshua Buatisi and the highly technical WBA light heavyweight champion Dmitry Bivol.

It’s doubtful that Canelo could live at 175 with those killers, and he would be forced to drain back down to 168 to return to his old division.

The thing is, Canelo would be a shell of his former self in the super middleweight division after having lost 30 lbs of muscle, and he would be toyed with by the #1 fighter in the division, David Benavidez, who many boxing fans feel Alvarez has been avoiding like the plague.


« Should casuals laugh at Andrade to praise Canelo? Laughable facts and myths!