Keith Thurman: ‘I’m still at the top of the welterweight division’ 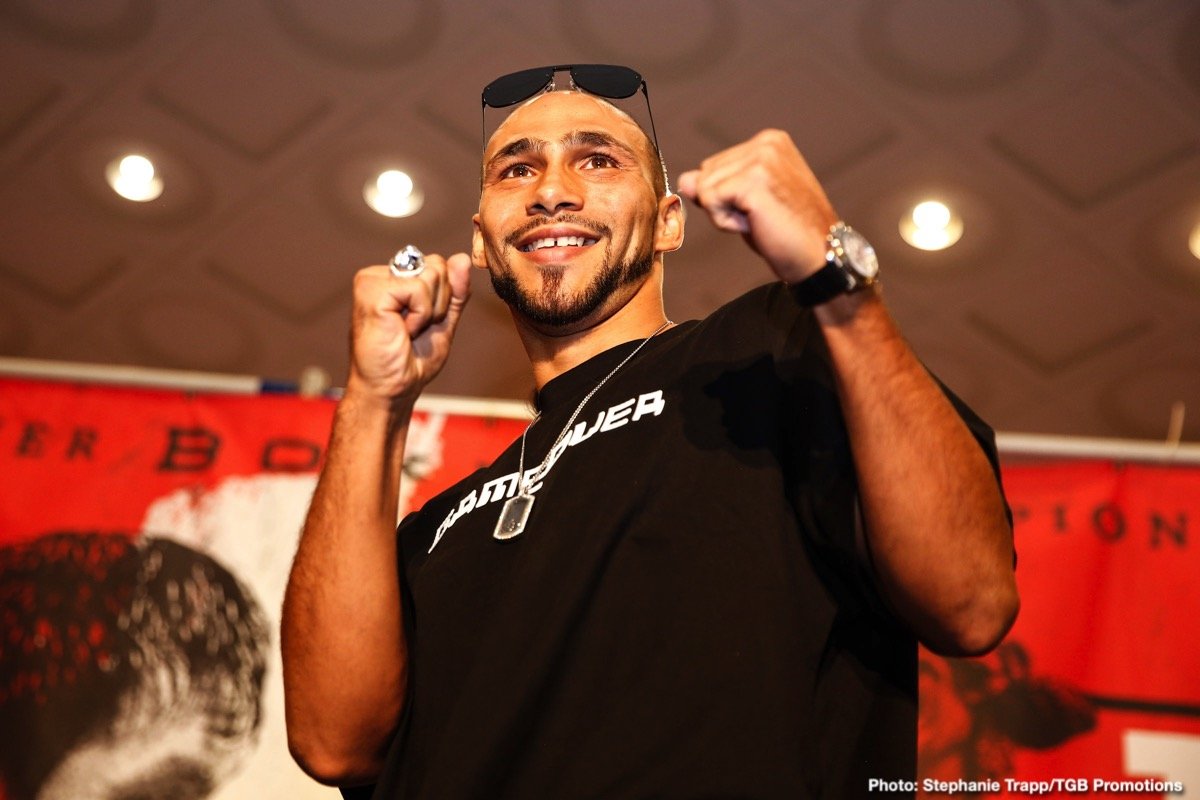 By Dan Ambrose: Keith ‘One Time’ Thurman took to social media on Tuesday on his 33rd birthday to talk about his “get back” in 2022 and be ready to take on the champions.

Former WBA/WBC welterweight champion Thurman (29-1, 22 KOs) is targeting a title shot against Terence Crawford in his first fight back next year, and he’s ready to take back his spot on the throne as the #1 fighter at 147.

Thurman will need to make boxing fans believe in him again, as he’s talked before about coming back but then failed to back up his words.

Keith struggling to get going

Thurman was supposed to return to the ring in 2021, but that didn’t happen. Now, Thurman is saying he’ll be back by mid-2022. Is he serious, or is this mindless blabber from a fighter who has thrown his career away with inactivity over the last four years.

‘One Time’ is not saying why he needs eight months before he’ll be ready to fight again, considering he doesn’t look overweight right now.

But obviously, that’s all part of the inertia that has taken hold of him and dragged him down. Thurman is like someone being pulled inward by the powerful gravitational force of a black hole in space.

Unfortunately, Thurman lacks the escape velocity needed to get up off his backside to get back to work like regular fighters. You can argue that if Thurman doesn’t soon break free from the inertia that has got him now, it’ll be too late, and he’ll be too old to fight.

It might already be too late. He looked washed in his last two fights against Manny Pacquiao and Josesito Lopez.

Many boxing fans have given up on Thurman for 28 months out of the ring since his last fight against Manny Pacquiao in July 2019.

“I’m still at the top of the welterweight division,” said Keith Thurman on social media on Tuesday. “I don’t get to be a champion, and I don’t got to have a belt. I eat better without a belt.

“And I stay hungry without a belt,” Thurman continued. “I’m going to be right back on top. Look at it again; what time is it? Ain’t nobody here but the champ. Oh, we are coming back. Trust, it’s a lot more than talk.

“Ask anybody that has been in the ring with Keith Thurman. I’ve been out here; I’ve been doing things. If you don’t believe, I’m going to turn you into believers.

“I had to watch Bud [Crawford] do what he said he was going to do. Come bring that fire and stop a man that has never been stopped. He didn’t put him down once; he put him down twice.

“You woke me up. I’m in here; I’ve been working. An hour on the spin bike, and I brought the gloves. Hitting the back and just putting in work, that late-night work,” Thurman said about his training for a comeback.

What’s disturbing for Thurman is that Crawford and Shawn Porter are both older than him at 34, yet they are doing much more with their careers.

That should have been Thurman that was fighting Crawford, but how could he? Thurman is stuck on the couch, squawking about coming back, but then he never does.

The gravitational force of Thurman’s couch has got him, and it’s going to take a superhuman effort to get him going again before it’s too late.

Keith has a comeback announcement soon

“We got my birthday and the holiday [Thanksgiving], but I’m going to stay focused on my diet,” said Thurman. “It’s green bean casserole for me and a little bit of turkey and salad on the side, and that’s what I’m having for Thanksgiving.

“I’m going to keep it simple and spend time with the family. It ain’t about stuffing my face, and it’s about beating grateful,” said Thurman.

‘Where he at? What is he doing?’ This is where I’m at, and it’s all good,” said Thurman with him inside of a weight room late at night with no one around,” said Thurman.

“Look, man, I’m coming back in 2022. We got an announcement real soon. That’s why your boy is in here working. Weight management, on point, doing what I got to do.

It would have been better if Thurman hadn’t said anything to the fans about how he’s going to come back in 2022 because if he fails to do so, he’s going to look bad.

With that said, you can understand why Thurman is alerting his fans about him coming back. By saying it openly, it’s giving him the pressure needed to keep his word to resume his career.

Regular fighters don’t need that pressure to go back to work, but obviously, it’s a different story for Thurman. He’s already set for life as a millionaire, and he doesn’t have the exact survival-0riented needs that an average person has.

One Time ready to fight the champs

“But I missed a lot of action; I’m starving. I’m licking my lips, man. And I’m starving out here. Come on; it’s time. It’s just that time. If they don’t want to get in the work, I’m going to get in some work next year.

“Your boy is going back to work next year, someway, somehow. I’m fighting a lot more. It’s for you, the fans, and the network,” said Thurman.

If Thurman was serious about his comeback and return to the ring against a tune-up opponent to get the rust out and slowly work his way into a title shot, be it against Crawford, Errol Spence, or Yordenis Ugas.

But with Thurman saying he wants a title shot against WBO welterweight champion Crawford in his next fight in mid-2022, it makes it painfully obvious this is just a cash-grab.

In other words, Thurman is making a bank heist by fighting Crawford on PPV to scoop up millions to add to his bank account before disappearing again.


« Teofimo Lopez predicts Kambosos lasts “One round, he’s too small”