By Chris Williams: Jaron ‘Boots’ Ennis is looking to make a massive splash in 2022 by capturing his first world title at welterweight. He says he wants to challenge IBF/WBC welterweight champion Errol Spence Jr. first because he has two belts, but he’ll take a fight with WBO champ Terence Crawford if he can get it.

Ennis (28-0, 26 KOs) recognizes that he’s likely going to need to fight in a title eliminator in early 2022 for him to get a shot against Spence, Crawford, or Yordenis Ugas.

The unbeaten Ennis is very ambitious in the things he wants to accomplish, but he’s going to find out the hard way the champions will likely drag their feet about giving him a title shot.

Last month, Ennis, 24, stopped Thomas Dulorme by a first round knockout in a huge statement win on October 30th in Las Vegas.

Ennis wants to be undisputed in 3 divisions

“I feel like I got to be mandatory for one of those belts and if not a mandatory, then at least fight in an eliminator for the number one spot,” said Jaron ‘Boots’ Ennis to the Last Stand Podcast with Brian Custer.

“I’m ready to take over the division right now and bring back the old school way with the top guys fighting the top guys. Some of those guys don’t want to fight because of money or ego. I’m not sure.

“At 154, they’re fighting each other, and their belts are getting passed around a lot lately. That’s a great division, and 168 is a great division too. I feel boxing is back and taking over the sport.

“These guys aren’t dedicated. For me, it’s not about money.  I’m going to try and become undisputed in three or four weight classes. It’s never been done. If I went to 154, I’d be even stronger because I’d be able to develop even more. The same thing for 160,” said Ennis.

If Ennis unifies three weight classes, he will have to become popular quickly because the champions and their promoters aren’t going to give him the opportunity.

The only reason Canelo Alvarez quickly became the undisputed champion at 168 is because of the money that the belt-holders at super middleweight could make fighting him.

If Canelo wasn’t popular, he’d never been given a chance to grab all those belts at 168.

Ennis will need to fight frequently to become popular enough in the next five years to become the undisputed champion in three to four weight classes.

Right now, Ennis is fighting only two to three times a year, which isn’t nearly enough. Canelo was fighting five to seven times a year earlier in his career before he became a superstar.

Ennis needs to fight that often for him to become a star, and I don’t think he’s going to. To fight often, Ennis will need to get dates to fight on Showtime.

Jaron hoping to get a title shot in 2022

“Everyone knows who I am, but you don’t who I am. That’s because you don’t want to know who I am,” said Ennis about Thurman.

“I’m ready for those guys. I want to shine. Jaron ‘Boots’ Ennis, me. I’m the best fighter in this division. It’s between Bud and Spence for me,” said Ennis when asked who he views as the best fighter at 147 besides himself.

“You can say Bud right now because Bud is more active. If Spence were more active, I’d say Spence because he has both belts. You’ve got to put him at the top of these divisions.

“I’m going to say Spence because he’s got the WBC and IBF. Yeah, I put him at the top, then I put Bud because Bud only got one belt.

“Errol Spence because he’s got two belts. I can unify first and then fight Bud,” said Ennis when asked who he’d want to fight first between Crawford and Spence. “If I could fight them both on one night, I would.

“We’re going towards a world title, but if not, we’ll have to settle for an eliminator,” said Ennis.

Unfortunately for ‘Boots’ Ennis, he’s probably going to need to go for a title eliminator at 147 because champions Errol Spence Jr, Yordenis Ugas, and Terence Crawford are not likely to give him a chance in a voluntary defense. Ennis is too dangerous, and the money won’t be huge for them.

If Ennis had the popularity of a Floyd Mayweather Jr., they face him, but that’s not the case.

NEWS:   Jaron Ennis says he'll fight Jermell Charlo at 154 if no Spence or other big names

The casual boxing fan aren’t familiar with Ennis, and it would be crazy for Crawford, Spence, or Ugas to risk their titles against someone like him.

Even if Ennis went up to 154 or 160, he’s not going to get a title shot against any of the champions because he doesn’t bring anything to the table yet.

The ONLY way Ennis will get a shot at a world title is by fighting in an eliminator and becoming a mandatory. Ennis is young enough to become popular over the next four to six years slowly.

By that time, the division will look drastically different than it does today. Spence, Crawford, and Ugas will likely have retired, and Ennis will be the top dog.

The way that Ennis is looking, he can beat any of the current champions, as they’re all getting old. Crawford is 35, Ugas 35, and Spence is having injury issues.

Ideally, it would be great if Ennis got the opportunity to fight all three of those champions in the next two years, but I don’t think that’s going to happen. Crawford views himself as the #1 welterweight, but he’s not likely to agree to fight Ennis. 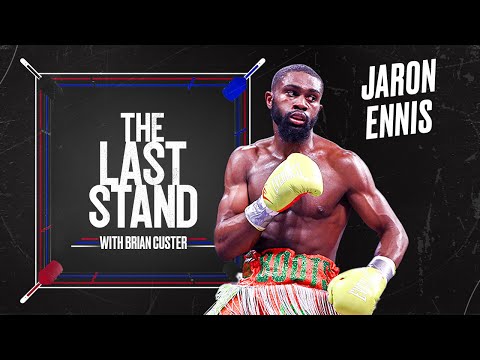