By Allan Fox: Gabe Rosado plans on going for a knockout against the highly ranked #1 WBA, #1 WBC middleweight contender Jaime Munguia this Saturday, November 13th, on DAZN at the Honda Center in Anaheim, California.

It’s fair to say that when a fighter has as many losses as Rosado, the chances of winning a decision against an unbeaten guy like Munguia are slim.

If the rounds are close, you’ve got to assume Munguia will be the one the judges are giving it to.

Munguia is being positioned by Golden Boy Promotions to challenge for a world title in 2022 against IBF middleweight champion Gennadiy Golovkin or WBC champ Jermall Charlo.

There’s a lot of money to be made for Munguia in a fight against either of those champions, which means Rosado is going to have to do something drastic if he wants to beat this guy.

If Rosado thinks he’s going to win a decision against Munguia, he might be sadly disappointed.

Rosado ready to walk through fire

“We worked on many things, pressures, counters. We pretty much worked on everything,” said Gabe Rosado to Fight Hub TV. “It really comes down to adjustments. Who knows what kind of style he’s going to come in,” Rosado said of Munguia.

“He could come in aggressive or come to box. So the key is to work on everything and make sure you can work on adjustments. At this point in the game, I don’t just work on the overhand right or the left hook.

“So I’m not going in there to throw pitty-pat shots to try and box my way to a decision. If it goes to the scorecard, the goal is to win every round and be dominant, but every punch is going to be with mean intentions.

“I’m going to try and set him up to get a knockout. It’s not necessarily that I don’t think I can win a decision,” said Rosado. “But what’s happened in the past definitely makes me want to be more aggressive, and when I say aggressive, I don’t mean reckless.

“This guy [Munguia] is a young kid and a former champion. I’m expecting him to bring his all. I’m going to bring my all, man. I’m willing to go through fire to come out victorious,” said Rosado.

Gabe, 35, will have to try and knock Munguia because this is not the type of opponent he can hang with for a complete 12 rounds without getting worn down.

Rosado probably won’t win if he fights defensively against Munguia as he did against Danny Jacobs last November in their main event fight on DAZN in Hollywood, Florida.

It’s not surprising that the judges gave Jacobs’s victory by a 12 round split decision because Rosado was too defensive and put showing enough aggression.

Fighting like that against Munguia will be a mistake for Rosado, and he can’t afford to do that if he wants to have his hand raised. Let’s not kid ourselves.

Munguia is the A-side in this fight and the guy being pushed by Golden Boy Promotions to be a future world champion and their replacement for Canelo Alvarez.

Gabe reflects on the win over Bektemir

“In order to face someone that is called ‘The Bully,’ you’ve got to be a bully,” said Rosado to Fight Hub TV about his fight with Bektemir Melikuziev last June in El Paso, Texas.

“So, I bullied the bully, and I didn’t let him walk me down, and I stood my ground and did my job. That’s the beauty of boxing, the science,” said Rosado about his third round stoppage win over Bektemir.

“Just because he’s dangerous, that made me step my game up. But I saw the openings, I saw the opportunities, and that’s where experience comes into play.

“I saw the opening, I set the trap, I set him up, he fell for it, and I went in, and that was it,” said Rosado in reflecting on his knockout win over the hard-hitting Russian southpaw Bektemir.

“I think Munguia’s style is going to get my engine going because I’m the type of fighter when I’m in a firefight; it’s like I’m able to switch those gears.

“It’s going to be a fun fight. Just facing him [Munguia] right here and looking in his eyes, I just felt, this is going to be fun,” said Rosado.

Things looked bad for Rosado in the first two rounds in his fight against the hard-hitting southpaw Bektemir ‘Bully’ Melikuziev last June.

If not for Bektemir’s lack of caution & respect for the danger that Rosado brought to the ring, he would have likely stopped the veteran within two or three rounds.

Rosado was severely outgunned by Bektemir, and things looked bleak for him going into the third. It’s a great story that Rosado pulled out the victory over the inexperienced 25-year-old Bektemir, but he shouldn’t kid himself.

That’s a fight that Rosado would have lost if the Uzbekh had more discipline because he had all the advantages.

On Saturday’s fight, Rosado is going to have to go for the knockout because Munguia hits too hard, throws too many punches, and he’s just as aggressive as Bek the ‘Bully’ on offense. Rosado won’t make it to the 12th round, getting hit with nonstop power shots from Munguia.

The good news is, Munguia is badly flawed, and he’s a knockout waiting to happen.

Although Munguia hits hard, he can be easily outboxed, as we saw in his robbery win over Dennis Hogan in April 2019 in Mexico.

Rosado might be able to outbox Munguia the way Hogan did if he can use a little movement and not stand in front of him the entire fight.

Munguia is an excellent power puncher, but he’s clearly not an elite fighter, and he would have likely been beaten many times by now if his promoters had matched him tough.

Rosado is a big step up for Munguia from the fodder opposition that Golden Boy has been feeding him, and there’s an excellent chance he loses on Saturday if he gets reckless like we’ve been seeing from him.

B-level slugger Gary ‘Spike’ O’Sullivan had Munguia badly hurt several times in their fight in January 2020. If O’Sullivan had a tiny amount of boxing skills, he would have finished Munguia.

Since that fight, Munguia has beaten a washed Tureano Johnson and former middleweight world title challenger Kamil Szeremeta. It’s unclear why Golden Boy matched Munguia against Szcemeta, given that he was knocked out in his previous fight by Gennady Golovkin.

You can argue they wanted to let the boxing public have a chance to compare Munguia to Golovkin, but it was silly. Golovkin looked like he was carrying Szeremeta because this was a fight that he had pushed for.

It was a terrible match-up, as the U.S boxing fans had never heard of the Polish fighter. They wanted to see GGG fight quality opposition like Demetrius Andrade or Jermall Charlo instead of another weak opponent. 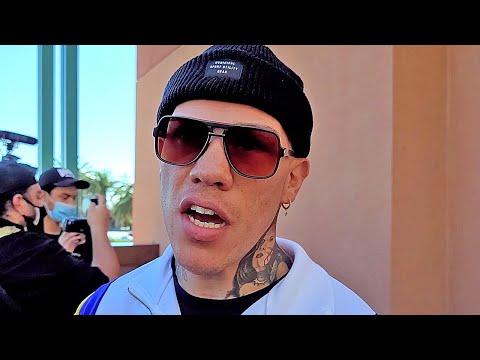 
« When Will IBHOF Consider and Induct Trainer Jesse Reid?