By Max Schramm: Terence Crawford feels it was a mistake that his fight with Shawn Porter was shown on the ESPN+ app for pay-per-view last Saturday night.

It’s questionable whether it would have significantly improved the PPV numbers if Top Rank had placed Crawford’s fight with Porter if it wasn’t put on the ESPN+ app.

If you took a look at social media during the last two weeks during the build-up for the Crawford-Porter fight, there was minimal talk about the contest.

There was arguably more interest in a day-to-day discussion about Anthony Joshua, Canelo Alvarez, and Tyson Fury than Crawford vs. Porter.

The WBO welterweight champion Crawford believes money was left on the table due to the decision by his promoters to place his title defense against Porter (31-4-1, 17 KOs) on the ESPN+ app.

Crawford thinks many “elderly” fans that aren’t tech-savvy didn’t know how to order the fight because they didn’t know where to find the ESPN+ app, or they were unaware of the steps required to watch the battle on their television using the app.

So instead of ordering the fight, they chose not to, according to Crawford. It’s unclear whether Crawford had the option to say no to the decision to place his fight on the ESPN+ app.

If Crawford was displeased with his fight with Porter being put on the app, he should have spoken up.  Whether Crawford did or not is unknown.

Some boxing fans questioned the timing of Top Rank placing Crawford’s fight with Porter on the ESPN+ app, with it coming at the of his contract.

Crawford is not happy Porter fight was on app

“For sure, I feel there were a lot of opportunities left on the table. Not only with fighters but with pay-per-view,” said Terence Crawford to the Porter Way Podcast on the money he should have been able to make with Top Rank but failed to.

“For instance, me and Shawn Porter fought on an app [ESPN+],” said Crawford, “There were so many people telling me that they don’t know to get the app on a TV, and they don’t know how to do it.

“The average elderly that doesn’t know tech, they’re not going to know how to get an app on a TV. So what they do is they don’t buy it.

”There’s a reason why he’s beating these guys that he’s beaten,” said Crawford about Shawn Porter. “It takes skills to do what he do. It’s not just like a straight come forward fighter that mauls you.

“No, he’s coming in with technique and skills, and he’s thinking in there at the same time,” Crawford said.

Likely, it wouldn’t have made a tremendous amount of difference if Crawford’s fight with Porter wasn’t shown on the ESPN+ app.

The fact is, Porter was viewed as past his prime after losing to Errol Spence Jr. in 2019 and fighting only once since then bottom fringe contender Sebastian Formella.

Porter had done nothing to redeem himself since his loss to Spence, and he didn’t deserve a world title shot. If this was the NFL, Porter would have lost the Super Bowl in 2019 to Spence, beat an 8-8 team [Formella], and then was given a Super Bowl chance.

That’s not how it’s supposed to be, and it’s not surprising that the boxing public chose not to purchase the Crawford-Porter fight. The fight was a farce, and the fans knew it.

“It’s funny that he came to my fight because he said he would never come to my fight,” said Crawford about Errol Spence Jr. coming to his fight against Porter.

“When I came to his [Spence] fight against Danny Garcia, he got on the microphone, ‘[saying] I don’t even know why he’s here. I wouldn’t be at none of his fights.’

“I just looked at him like, ‘Damn, that’s kind of crazy that he was at two of my fights earlier in my career before I was even a champion, and you were a fan.

“You wasn’t even a pro, but now that we’re in the same division and you’re running scared, you wouldn’t come to my fights? I’m like, ‘That’s crazy. I thought you were a fan of boxing.’

“Yeah, it was the Alejandro Sanabria fight in [Dallas] Texas and the [Thomas] Dulorme fight in Arlington,” said Crawford when asked which of his two fights Spence attended earlier in his career in Texas.

Spence is thinking about fighting Crawford, but he wasn’t going to spell it out. Rather than making fun of Spence for showing up at his fight, Crawford needs to see it as a positive.

“Yeah, it would have to be Keith Thurman, [Yordenis] Ugas, and Errol in any order. I don’t matter in any order,” said Crawford when asked who are the next three fights he’d like to have.

“I’ve been watching dude since he was an amateur in the Olympic trials when he was fighting Gary Russell [in 2015]. I always said, he’s [Boots Ennis] is very talented because that’s somebody they always compared to me because he can go both ways and stuff like that.

“Him coming up, they were like, ‘You got to watch this kid. He fight just like you. As I kept watching him, I was like, ‘This dude is good.’ So I take my hat off to him. He’s doing what he needs to do to get his name out there.

“He’s going to be the next one up as well. You never know what the future may hold,” said Crawford when asked if he can see himself fighting Boots Ennis in the future. “It’s boxing; anything can happen.

“One punch can change night to day, you know? So you never know,” said Crawford about him potentially fighting Ennis one day.

Crawford won’t be fighting Keith Thurman next because he said this week that he wants a tune-up in early 2022 and might take two. So if Crawford does fight Thurman in 2022, it’ll be at the end of the year.

Spence will likely take a tune-up to make sure his surgically repaired injured eye has healed before he takes a risky fight.

WBA welterweight Yordenis Ugas is taking part in the WBA’s four-fighter tournament, which will be finished by March.

Crawford (38-0, 29 KOs) says if he gets his way, his top three desired fights are against these three fighters: Keith Thurman, Errol Spence Jr., and Yordenis Ugas.

Now that Crawford, 34, is no longer with Top Rank, there’s a chance he could get some or all of those fights, but it’ll likely require that he signs with PBC.

With his tenth round knockout win over Porter (31-4-1, 17 KOs) last Saturday night in Las Vegas, his contract with Top Rank is over with. That could potentially result in Crawford getting the fights he wants, but not necessarily, 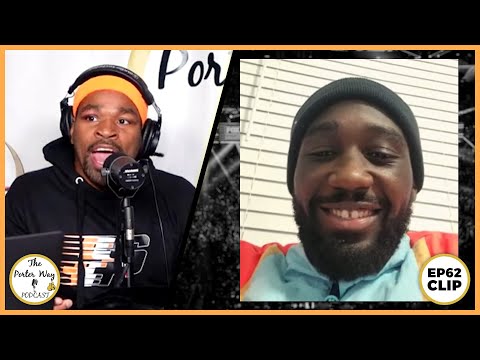 
« Terence Crawford responds to Thurman: ‘Why do I got to wait so long?’