By Dan Ambrose: Canelo Alvarez’s trainer & manager Eddy Reynoso says they’re going to offer Thabiso Mchunu a step aside so they can set up a fight with WBC cruiserweight champion Ilunga Makabu for next May.

The 33-year-old ‘The Rock’ Mchunu (23-5, 13 KOs) is mandatory for WBC cruiserweight champion Makabu (28-2, 25 KOs) and he reportedly has NO interest in stepping aside to let Canelo challenge for a title ahead of him.

Reynoso plans on trying to work a deal with Mchunu to get him to step aside. If he chooses not to, Canelo will move in another direction.

Reynoso isn’t saying what Canelo’s backup plans will be, but he mentioned wanting to negotiate a trilogy fight with Gennadiy Golovkin for Mexico if the Kazakh wins his December 29th fight against Ryota Murata.

Most boxing fans would agree that they’d much prefer to see Canelo face Golovkin (41-1-1, 36 KOs) in a third fight than watching him beat an obscure cruiserweight champion like Makabu.

Fans have been pushing for Canelo to fight a trilogy match with Golovkin since 2018, but he’s chosen to capture titles at 168 and 175 against less popular opposition mostly from Europe.

Reynoso revealed that he wants to have Canelo fight in the United Kingdom, China, Japan, and Dubai.

“Right now, we’re in talks with the manager of the champion [Ilunga Makabu]. He has a date in February where he has a mandatory defense [against Thabiso Mchunu],” said Canelo’s trainer & manager Eddy Reynoso to Matchroom Boxing.

“We’re going to see if we can have a negotiation to have a step aside, and then fight in May. That’s what we’re planning. We barely started negotiating that.

“We barely started suggesting that to the WBC. If we can negotiate that, we’ll move ahead, and if not, there are other options as well,” said Reynoso.

We’ll see if Reynoso and Canelo are able to get Mchunu to step aside, but if they fail, that might work in their favor because boxing fans would prefer not to watch another Alvarez face a weak champion like Makabu.

It would be fine if this were a break for Canelo from fighting high-caliber opposition like David Benavidez, Artur Beterbiev, Joe Smith Jr, Demetrius Andrade, Golovkin, and Jermall Charlo.

But what Canelo has been doing for the last three years is facing opposition similar to Makabu in terms of talent, and he’s had an easy time becoming the undisputed champion at 168 and winning a world title at 175 against an old champion in Sergey Kovalev.

“That’s one of the projects that we have, to fight in the UK and fight in Japan, fight in China and fight in Dubai,” said Reynoso on different countries Canelo could eventually fight in.

“That’s what we want to do next in the career of Saul, which is to fight around the world.” 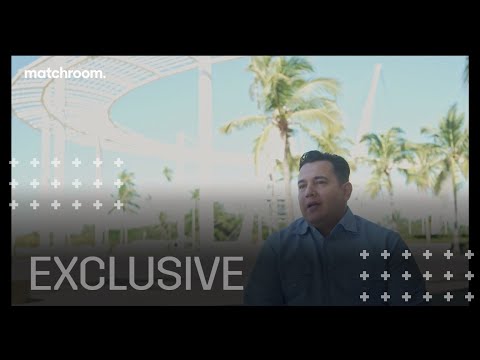