By Matt Lieberman: Caleb ‘Sweethands’ Plant is still a little bitter about being cut by Canelo Alvarez during their press conference last September for this Saturday’s fight at the MGM Grand Garden Arena in Las Vegas.

Canelo(56-1-2, 38 KOs) cut Plant under his right eye  after punching him during their face-off  when the IBF super middleweight champion called him a “mother f****.”

To show that he won’t be intimidated by Canelo for uttering that insult that supposedly set him off, Plant labeled hurled the same “mother f****” insult on Monday in a personal message. Plant is daring Canelo to go off on him a second time.

Although Plaint insists the cut was just a scratch,  you could see it bleeding, and the scar is still there two months later.

Since when do you have a scar from a scratch two months after you received it? No, it’s evident that Plant was cut, and he seems resentful about it, and rightly so.

Fighters aren’t supposed to attack each other during press conferences, especially when there are multi-millions on the line. This Saturday, Plant will get a chance to seek revenge for that cut when he faces Canelo in the headliner on SHOWTIME PPV.

“I’d say, F*** You, Motherf*****!” said Caleb Plant to Boxing Social when asked what message he wanted to send to Canelo.

“Things happen. I’m not the first one to get into an altercation, and there’s plenty of them I’ve been involved in.

“It’s just an unfortunate event that happened. He felt the need to cross the line, so that’s how it started. It’s nothing that could affect the fight,” said Plant about the cut he suffered during the press conference when Canelo punched him.

“I was sparring the very next day, not stitches, no nothing. It was a good scratch, but it wasn’t even a cut.

The way that Plant was sitting during the interview, he appeared to be trying to hide the scar that he had from the cut under his right eye.

Yeah, I bet it’s personal for Plant. Canelo embarrassed him by nailing him with a counter right hand during their face-off.

Plant should have known that Canelo would physically attack him when he took his sunglasses off when the two fighters walked to the center of the stage for the face-off.

It was a no-brainer for Plant to take this fight

“I’ve been training with Andre Ward,” Plant said. “He’s someone that I’ve been able to reach out to.

“Once we got this fight locked in, he thought it would be a good idea to come out and see Vergil.

“It’s good to have someone like that who has been in a situation like this before, and he’s got good insight and introspection as well—just some things to add to my game and fine-tuning.

“There’s no better time than now, as the saying,” said Plant when asked why he feels now is the time to fight Canelo.

“What other opportunity am I going to have to fight for an undisputed and become undisputed.

“This is a big opportunity for me when they presented it to me, and as soon as they did, I said, ‘Yeah.’ November 6th is going to be fireworks.

With the $10 million that Plant is getting for this fight, that’s reason enough for him to have accepted this match.

Everything else is just gravy. If Plant beats Canelo, he gets a rematch with a payday in the neighborhood of $15 million, and that’s just the money.

Beating Canelo will make Plant the undisputed super  middleweight champion, and that’s something he cares about. What’s more important to the fans is that Plant will have shown that he has the talent to beat the #1 fighter in boxing.

The other stuff is not a big deal for the fans. They just want to see if Plant has the talent to beat Canelo, and if he can, it would vault him to near the top of the pound-for-pound rankings.

Caleb rates his skills with Mayweather’s

“Everyone says that since the [Erislandy] Lara fight that he’s improved a lot, but a lot of the guys that gave him the most trouble were someone like Floyd [Mayweather Jr.], someone like Austin Trout, or someone like Lara,” continued Plant.

“Those guys were giving him a lot of trouble,  and the difference between him and me is, I’m a full-fledged super middleweight.

“My height and my reach. I possess a lot of the same IQ, skills, and ability as those guys do,  but I’ma lot bigger, and a lot taller, and I punch a lot harder,” said Plant.

Floyd Mayweather Jr. was a heck of a lot better with his reaction time to incoming shots than Plant has shown, and that’s why it’s going to be difficult for him to use his Mayweather-esque skills to defeat Canelo.

The 28-year-old Plant has fantastic skills, to be sure, but he doesn’t possess the cat-like reflexes of Mayweather or Erislandy Lara. Those guys didn’t get hit by many headshots in their fights with Canelo.

Lara shut Canelo down,  forcing him to focus on throwing body shots in their fight in 2014. He still lost the battle to Canelo, albeit by a controversial 12 round split decision, but he limited him to only 31 headshots landed in the entire fight.

If Plant can avoid getting hit by Canelo the way Mayweather and Lara did, he’s got a good chance of winning the fight. Plant will have to do more than focusing on defense, though, if he wants to beat the superstar Canelo.

Plant: Canelo is overlooking me

“A win over Canelo at this point in my career will be a huge step in the direction of becoming an all-time great that I’ve always strived to be, worked towards, and want to be and plant my flag to be the best super middleweight in the world,” said Plant.

“My response to him [Canelo] saying he’d going to knock me out in eight rounds is, he’s supposed to say that,” said Plant.

“It never winds up like that. It’s easy to talk about it on what you’re going to do and how easy it’s going to be, but I feel like he’s overlooking me, but that’s on him,” said Plant.

Caleb being motivated by Canelo overlooking him is potentially a good thing, but if he still lacks the talent to do anything about it, what’s the point?

Plant can be indignant all he wants about Canelo overlooking him, but I don’t know if it will change the outcome.

It’s obvious to some boxing fans that Canelo is overlooking Plant, thinking of other fights like Artur Beterbiev, Dmitry Bivol, David Benavidez, and Jermall Charlo.

You can’t blame Canelo for taking Plant lightly because most boxing fans believe this will be an easy fight for him, and it might just be that.

In all likelihood, this fight will play out like Canelo’s last one against Billy Joe Saunders.

Canelo struggled early on before taking over the fight in the sixth and quickly finishing Saunders two rounds later in the eighth after busting his orbital bone.

I doubt Plant will be as sloppy as Saunders was by leaning forward with his hands down, inviting Canelo to hit him with an uppercut.

Plant has shown to be vulnerable to right hands, and Canelo’s trainer Eddy Reynoso will likely have spotted that flaw in his game. 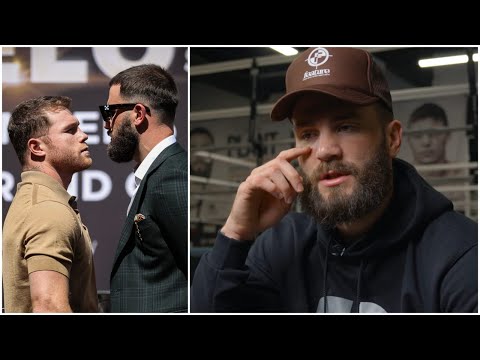 
« Remembering when I Met Cus D’Amato, Jim Jacobs and Mike Tyson!