Fury will likely be enjoying a 50+ lb weight advantage over Usyk in what would be a David vs. Goliath type of match-up.

Usyk has a real chance of beating Fury

It would be an exciting fight to watch because it would be the first quality boxer that Fury will have faced during his career. The old-looking Fury that we saw last Saturday night against Deontay Wilder would likely lose against Usyk.

While Fury did beat IBF/WBA/WBO heavyweight champion Wladimir Klitschko in 2015, the Ukrainian fighter was 40-years-old and wasn’t doing much boxing.

Wladimir was trying to hit Fury with single power shots and missing badly due to his defense. Usyk is too smart to fight Fury the way Wladimir, Deontay, and many others have. He would use his technical skills, speed, agility, and movement to defeat Fury.

Usyk (19-0, 13 KOs) still needs to defeat Anthony Joshua in their rematch in the first quarter of next year before facing Fury.

It’s unclear whether Fury will sit and wait for the outcome of the Joshua vs. Usyk 2 fight before he fights again or if he’ll defend against the winner of the October 30th fight between Dillian Whyte and Otto Wallin.

It wouldn’t be a good idea for Fury to sit idle for the next 9 to 12 months before he returns to the ring. Last Saturday, Fury fought for the first time in 20 months and looked rusty.

Compared to the form he showed in his previous fight against Wilder, Fury was 70% of what he was then. If Fury sits for another 12 months before fighting, it’s reasonable to assume he’ll deteriorate even more.

“He’s not going to beat Tyson Fury. Tyson Fury is just not some big lumbering guy. He’s skillful; he can fight,” said Andre Ward to Behind The Gloves when asked about his thoughts on Fury fighting IBF/WBA/WBO champion Oleksandr Usyk for the undisputed.

“It’s just too much mass, I think [for Usyk], but Anthony Joshua has to fight Usyk in a rematch,” Ward continued. “So I think Tyson Fury should fight the winner, whoever it is, and try and get another belt.

“If successful, ride off into the sunset.  He has nothing else left to prove,” said Ward.

Fury is cut from a different set of cloth than former super middleweight champion Ward, and he’s not someone that will be looking to bow out while he’s still in his prime.

That’s what Ward did after beating Sergey Kovalev, and he could have made a lot more money had he been willing to stick around in the sport.

That being said, it’s not a certainty that Fury’s size will guarantee him a win over the much faster and more agile Usyk, especially if he comes into the fight in the 270s.

Fury looked fat, slow, and older than his 33-years last Saturday. Yeah, Fury won the fight but only because Wilder’s cardio was dreadfully poor. The biggest reason for Fury’s win wasn’t because of anything he did. It was due to Wilder’s cardio being terrible.

Wilder was already gassing out in round one, moving around the ring throwing jabs. You could tell from watching Wilder labor in the opening round that he would soon gas in a significant way within a round or two, which is what happened.

In a fight with Usyk, Fury wouldn’t be able to count on the Ukrainian fighter gassing out after one round and being too exhausted to fight back. Usyk would give Fury a ton of problems with his mobility, cardio, and overall boxing skills.

If Fury doesn’t start taking his conditioning seriously, he’s going to be a sitting duck for the winner of the Joshua vs. Usyk fight. Joshua would have destroyed Fury last Saturday night.

The way that Fury looked, he would have been mincemeat for Joshua.

Joshua must adapt to beat Usyk

“I think he can, but he needs to change some things,” Ward said when asked if Joshua could beat Usyk in the rematch. “He needs to keep getting that mass off of him like he did try to do in the first fight.

“He [Joshua] showed us that he can make adjustments like he did with Andy Ruiz. So I don’t think we can count him out. I know people are writing him off, but that’s what people do in boxing.

“I was going back and forth with another person the other day. They were talking about Anthony Joshua doesn’t have a heart. I’m like, ‘Bro; you don’t get where he got as an amateur and as a pro not having heart.’

“Be the bigger man and come from behind the jab. Don’t get caught up in a boxing match.

“Don’t try and be cute. Be the bigger man, impose your will and let’s get this guy out of here. If he does that, I think he can win,” said Ward.

Anthony Joshua (24-2, 22 KOs) will try to adapt, but whether he can beat Usyk by being more aggressive is questionable. What we saw in the 12th round from Joshua wasn’t promising.

That’s when Joshua came out and fought aggressively, using only style to try and overpower Usyk. It didn’t work.

Usyk came right back and started throwing combinations and had Joshua badly hurt in the final 20 seconds of the round.

If Joshua started earlier with his aggressive fighting style, we’re likely to see him get hurt sooner by Usyk, and he likely won’t last long.

Fury and Wilder were unwilling to bend

“You got two guys that don’t like each other and they really want to beat the other guy,” said Ward about the Tyson Fury vs. Deontay Wilder 3 fight last Saturday night.

“You’ve got to take your hat off to them for making the second fight and then making the third fight. They could have easily ducked out.

“There’s a lot of different options they could have went for and still made tens of millions of dollar. Deontay Wilder wanted to right this wrong. Tyson Fury wanted to get to Anthony Joshua.

“I don’t think he [Fury] was avoiding Wilder. I just think he thought there’s more money in Saudi Arabia; let me try to get that. Then when that didn’t work, he had no problems facing Wilder.

“Then they came out here and performed the way they performed; that wasn’t just heart. That was grit, and that was the stubbornness that all great fighters have got to have where you have an unwillingness to bend,” said Ward about the Fury vs. Wilder III clash.

“When you get knocked down and hurt like both fighters did and you keep getting up and keep pushing forward that’s a modern-day classic.

“You saw that in the first round, and you got to take your hat off to [coach] Malik Scott,” Ward said about Wilder showing something different in his game.

Wilder was the one that took the most punishment, and he was clearly the guy that showed that he wasn’t willing to give up.

Fury only had one round, the fourth, in which he had to show heart in getting up off the deck twice.

“Trainers talk a good game, and fighters talk a good game. I’m about, ‘I hear what you’re saying but prove it.’ You saw in that first round that Deontay Wilder was trying to stay composed, and he had a game plan,” said Ward about Wilder changing his fighting style for the first three rounds against Fury.

“I’ve never seen him come out and establish his game plan like that, especially to the body. He wasn’t headhunting, and he wasn’t presumptuous thinking, ‘As soon as I hit Fury, he’s going to fall.’ He had a game plan, and he was trying to implement it, and he just got caught.

“He recovered, and then he dropped Fury. It looked like it had been over, and then Fury recovered. And then it just went back and forth and then obviously we saw an ending and it was an epic ending as well,” said Ward.

Fury could still hit Wilder with right hands even when he was boxing him early, which led to the Bronze Bomber getting hurt in round three.

Once Wilder hit the canvas in the third, he threw away his game plant and reverted to his old style of throwing windmill shots.

Still, Wilder almost won with his typical brawling fighting style because he had Fury on the deck twice in the fourth round. If not for Wilder’s stamina giving out on him after the fourth round, he might have stopped Fury.

Moving forward, Wilder needs to work on his cardio and make sure that he’s in condition to fight hard. There’s no use in Wilder bulking up to the high 230s if his cardiovascular system can’t handle that weight.

What Wilder needs is to get a track coach that can work on his cardio. Malik Scott likely doesn’t know enough about training on a track to improve Wilder’s cardio.

If Wilder can hire a good track coach, he should be able to improve his cardio and fight harder without gassing out.

The way Wilder looked last Saturday, it’s evident that his heart can’t handle the weight that he’s put on. He didn’t develop that muscle enough during camp to carry all that added weight.

If Wilder’s cardio were there last Saturday, Fury would have been in serious trouble no matter what style he used. 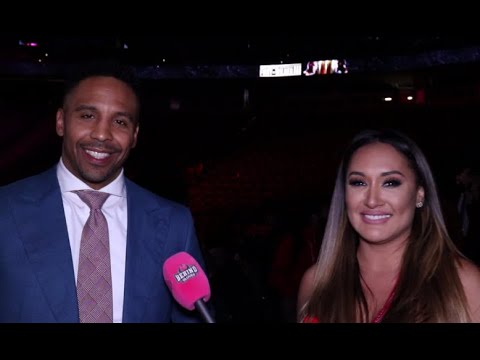 
« Who Will Be the Next “Black Hope” to Be Heavyweight Champion?