Arum expects that Herring will really “test”  Shakur when the two battle tonight at the State Farm Arena in Atlanta.

The way Arum is talking about the fight, you would think the 24-year-old Stevenson (16-0, 8 KOs) is the champion, not Herring (23-2, 11 KOs.  Stevenson hasn’t won the title yet, but in how Arum talks about the fight, Herring would seem to be the challenger and Stevenson the grizzled champion.

Stevenson must show some actual backbone in this fight because he’s quickly developing a reputation as a dull spoiler which is reluctant to mix it up with his opponents.

One of Arum’s pet peeves is fighters that don’t entertain and bore the fans to tears. Although he isn’t ready to admit it now, Shakur Stevenson makes Gullermo Rigondeaux look entertaining in comparison.

In Stevenson’s last fight against Jeremia Nakathilia, he was cringing and retreating each time his opponent looked to engage.

There are no words. It was so incredibly boring to watch, and the fans felt the same way Chris Williams did with the way they booed Stevenson at the top of their lungs.

“It’s a great fight. It’s something that boxing has had over the years, a real man in Jamel Herring with two tours of duty in the Marines, an impeccable record as a professional, against a young man that people have labeled as maybe the next big superstar in boxing, Shakur Stevenson, said Arum to Blue Blood Sports TV.

“And it’s going to be a really great fight, and Jamel is going to test the mettle of Shakur,” Arum said. “Jamel is not going to let it turn into just a boxing match. He’s going to pressure Shakur, and Shakur is going to have to answer back.

“I really believe that’s going to be Jamel’s plan, and I look for an exciting fight. When you get two skilled fighters like this, it becomes a chess match, and boxing fans don’t pay to see chess matches. They pay to see wars,”  said Arum.

Herring is going to have to chase Stevenson around the ring tonight if he wants to hold onto his WBO 130-lb title because he’s going to hit & run all night like he always does.

Ideally, it would be excellent if Stevenson changed his pattern of fighting and went after Herring, but I don’t see it happening. Shakur is a classic safety-first fighter, and he’s not going to change his stripes for this fight, and it’s who he is.

Stevenson needs to change his style

With Arum saying that Herring will be the one pressing the action to keep the fight from being a chess match tells you all you need to know about Stevenson. When a promoter talks like that, they’re sending a message that one of the fighters is a dull spoiler.

At this point, there aren’t too many boxing fans out there that view Stevenson as the “next big superstar in boxing,” as Arum says.

After Shakur turned professional in 2017, he had the chance to become a star, but he’s failed to do so due to his dull fighting style.

You got to figure at age 24, Stevenson is set in his ways in how he’s going to perform his entire career. If a fighter is boring to watch at the start of their careers, they tend to get even duller as they age.

I know Arum would like Stevenson to be the next Floyd Mayweather Jr. or Sugar Ray Leonard, but it’s not going to happen. This is as good as it gets right now, and Arum will have to live with it.

“Obviously, every fight can’t be Fury – Wilder, but this will be an interesting fight. Fortunately, both of these guys fight for Top Rank, Shakur and Jamel, and so does Oscar Valdez,” said Arum when asked if the winner of the Herring vs. Stevenson fight will face Oscar Valdez in a unification clash.

“Don’t forget this 126-pound champion [Emanuel] Navarrete will give all of them a good fight.

It’s more likely that Arum will have the winner of the Herring vs. Stevenson fight face Emanuel Navarrete rather than WBC 130-lb champion Oscar Valdez.

Oscar brings in money, and he’s popular on ESPN. Hence, he’s one of the untouchables, and Arum won’t want to ruin his money-making potential by matching him tough against Herring, Stevenson, or Navarrete.

Many boxing fans would like to see Herring vs. Stevenson winner face Navarrete, which would be an excellent option for Herring or Stevenson.  Even the loser of the Herring-Stevenson fight would be great to see them face Navarrete. 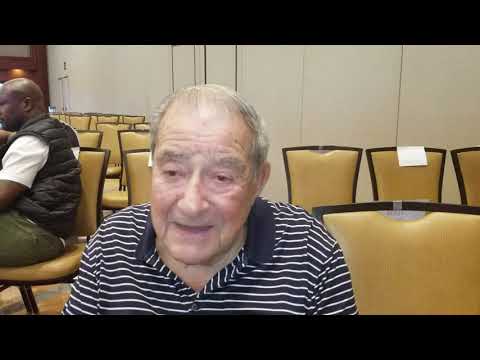