WBA Welterweight Champion Jamal “Shango” James will defend his title against unbeaten contender Radzhab Butaev in a 12-round duel that headlines a night of action live on SHOWTIME Saturday, October 30, in a Premier Boxing Champions event from Michelob ULTRA Arena at Mandalay Bay Resort and Casino in Las Vegas. 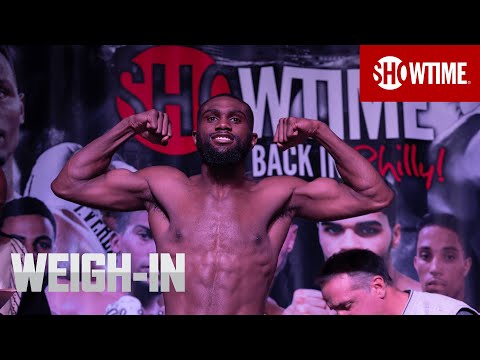 “A stacked lineup of top contenders and up-and-coming future champions will be on full display October 30 on SHOWTIME in Las Vegas,” said Tom Brown, President of TGB Promotions. “Jamal James has battled his way to the highest levels of the welterweight division and will get one step closer to gathering elite status if he can overcome the unbeaten Radzhab Butaev. The undercard bouts will also feature two rising stars, as Jaron Ennis and Michel Rivera look to impress in tough matchups on a big stage.”

Minneapolis’ James (27-1, 12 KOs) returns to action after his previous outing saw him earn an interim title by defeating Thomas Dulorme in August 2020, before later being upgraded to the “regular” championship. The 33-year-old is riding a seven-bout winning streak that includes triumphs over Abel Ramos, Diego Gabriel Chaves, and Antonio DeMarco, with four of those matchups coming in his hometown, where he has grown a rabid fan base. With a win on October 30, James moves nearer to a potential rematch of his first and only defeat against WBA Welterweight World Champion Yordenis Ugas.

“Training is and has been at 100%,” said James. “I’m excited to get back in the ring and defend my title finally. This will be the fight where I show everyone why I’m elite in this profession and should be recognized as one of the best.”

“I’m looking to make a big statement in this fight,” said James. “This will be my first title defense and my first time fighting on SHOWTIME and in Las Vegas. My whole mindset is to come out and show out, so that everyone knows I’m a major player in this division. I have to prove to everyone why I deserve the biggest fights.” 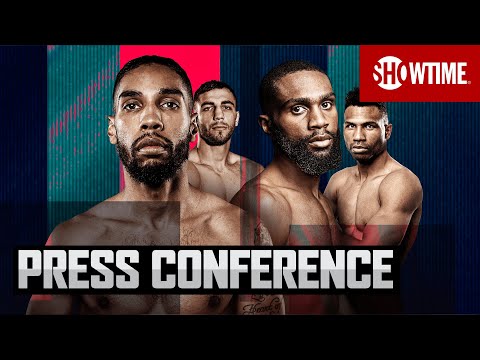 James continued his ascent up the 147-pound rankings in his last fight in August 2020, when he out-boxed Thomas Dulorme to capture his title. With the title win, James was set to take on his mandatory challenger in Butaev, allowing James ample time knowing who his next foe would be.

“We’ve known that Butaev is the opponent for a while, so we’ve been training for a long time and I’ve been in great shape all camp,” said James. “We’re just working on our different tools and perfecting them for the fight ahead. We know that everyone is coming for us since I have the title now, so I’m just doing whatever I have to do so that I’m ready on October 30.”

The unbeaten Butaev was an amateur standout before turning pro in 2016 and quickly rising up the welterweight rankings. Trained by Joel Diaz, Butaev most recently knocked out Terry Chatwood in December 2020 to officially set up his showdown with James. While James anticipates his opponent trying to negate the height advantage he brings to the ring, he’s confident in his boxing ability making the difference on fight night.

“Like any other fighter, Butaev has two arms, two legs and a head,” said James. “All of these guys are coming with their A-games. He has strengths and weaknesses just like anyone else. I know he’ll come in there strong and try to test me. He’ll probably try to get inside on me. It’s my job to out-box him and beat him.”

The Minneapolis-native has developed a strong following in his hometown, filling up The Armory in downtown Minneapolis four times between 2018 and 2019, a run that included exciting victories over contenders Abel Ramos and Antonio DeMarco. Training out of the Circle of Discipline gym, James has led the charge in a Minneapolis boxing renaissance, which continues to motivate him even as he hits the road and prepares to fight in Las Vegas for the first time.

“Minneapolis and the state of Minnesota in general really has my back,” said James. “They give me a ton of motivation. And the Circle of Discipline is like my extended family. The people here all push me and keep me on task. That’s what makes me bite down a little bit harder in training, because I know all the people that I have behind me and supporting me.”

James is riding a seven-fight winning streak since his lone pro defeat, a decision loss to WBA World Champion Yordenis Ugas in August 2016. He hopes that a victory on October 30 will lead him directly into a rematch against Ugas, or a showdown against one of the other big-name welterweight stars.

“I’d like the rematch with Ugas coming off his big win against Pacquiao,” said James. “He’s fought the top guys and I’ve fought him before, but it was under less-than-ideal circumstances. I’d like to see what a fight between us would look like after both of us have had a full camp. I haven’t been able to get anyone like Errol Spence Jr., Danny Garcia or Shawn Porter yet, and those are the biggest fights in the division. I’d love to face one of those guys that are already considered the best at welterweight so that I can really prove myself.”

The 27-year-old Butaev (13-0, 10 KOs) will finally square off against James in a long-awaited matchup ordered by the WBA. Butaev turned pro after approximately 400 amateur bouts in 2016 and reeled off KOs in six of his first seven outings. Originally from Russia and now fighting out of Brooklyn, N.Y., Butaev returned to the ring in December 2020, stopping previously unbeaten Terry Chatwood in the third round.

“We’ve been working hard for a year leading up to this fight,” said Butaev. “Everything is going well in camp, and we’re excited to get in the ring against James finally. I’ve seen how James fights, and it’s going to be a clash of styles. I can promise that I’m going to bring the war and make this an exciting fight. I’m going to start writing my history on October 30.”

Ennis (27-0, 25 KOs) is the latest in the pantheon of outstanding Philadelphia fighters, combining sublime boxing skills with natural power in both hands. After numerous appearances on ShoBox: The New Generation, the 24-year-old Ennis graduated to headlining his first SHOWTIME CHAMPIONSHIP BOXING telecast in his last outing in April, as he became the first fighter to stop former world champion Sergey Lipinets. The knockout victory gave Ennis 17 KOs in his previous 18 fights, with the only blemish being a no-decision in the first round against Chris van Heerden in December 2020.

“I’m glad to be back in the ring October 30 on SHOWTIME in Las Vegas,” said Ennis. “This is another step towards becoming world champion! They haven’t seen anything yet. It’s time for me to continue to shine and be great. I can’t wait to show out and have some fun.”

The 31-year-old Dulorme (25-5-1, 16 KOs) has amassed a solid resume at 140 and 147 pounds during his career, climbing into the ring with world champions Yordenis Ugas, Jessie Vargas, and Terence Crawford. Born in Marigot, Guadeloupe but representing Carolina, Puerto Rico, Dulorme rebounded from a loss to Crawford for a 140-pound title by scoring back-to-back knockouts, followed by a narrow decision loss to Ugas. The world title challenger is coming off solid efforts in back-to-back decision losses against Jamal James and Eimantas Stanionis.

“I think in the Stanionis fight, I demonstrated that I am still at the top level,” said Dulorme. “A lot of people told me I won that fight, and I thought I did too. I’m excited to face Ennis because he’s a good fighter, but he hasn’t fought anyone like me. The fans can expect another great performance from me on SHOWTIME.”

Born in Santo Domingo, Dominican Republic, and now fighting out of Miami, Fla. Rivera (21-0, 14 KOs) burst onto the scene in 2019, making his U.S. debut with a victory over Juan Rene Tellez. The 23-year-old continued his ascent in 2020, adding a stoppage win against Fidel Maldonado Jr. and a unanimous decision triumph against lightweight contender LaDarius Miller. Rivera has continued his dominance with a pair of knockout victories in 2021, stopping Anthony Mercado in February before most recently delivering a highlight-reel knockout of Jon Fernandez in July on SHOWTIME.

“Romero made a big mistake taking this fight,” said Rivera. “What he’s seen from me in the gym is not the same thing that he’s going to see on fight night. He is far from a fight night fighter, and he folds under pressure or runs. He is a good fighter, but he’s not at my level. I won’t let him go the distance as Isaac Cruz did. On October 30, I’m going to give him the beating of his lifetime.”

In March, Romero (24-1, 8 KOs) made his stateside debut, dropping a competitive decision to top lightweight contender Isaac Cruz on SHOWTIME. Previously, the Cordoba, Argentina native picked up a pair of victories in 2020, winning a 12-round decision over Javier Jose Clavero in November while stopping Gabriel Gustavo Ovejero in March. A pro since 2015, the 25-year-old will look to bounce back from his first defeat and move into title contention against another elite 135-pound opponent.

“Rivera and I have the same promoter, and I requested for Sampson Lewkowicz to let me fight him when I saw he had no opponent,” said Romero. “I am willing to step in because I know I can beat him. We have trained at the same gym but never sparred. His style is perfect for my style. This is going to be another victory for me to add to my collection.”