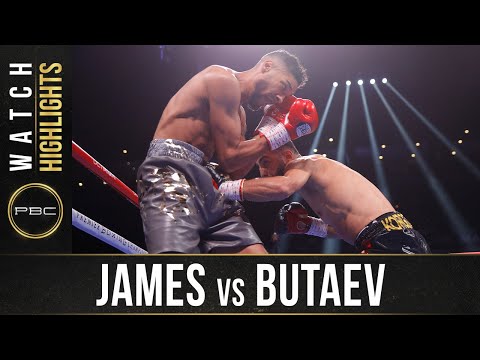 In the seventh round, Butaev continued putting the pressure on James, the taller of the two using his jab. Butaev seemed to take the lead in the fight. In the eighth round, the action continued, with Butaev having an edge.

In the ninth round, Butaev pushed James to the canvas receiving a warning. Butaev switches from orthodox to southpaw. He had James against the ropes, completely exhausted and beaten by Butaev. Referee Ruiz suddenly called a halt.

“This was very important but only my first step. I’m looking to prove I’m the best in the division. I have nothing against the referee, and I have nothing about him taking a point.

In the first round, Ennis landed a right to the ear of Dulorme for an 8-count by referee Mike Ortega after a minute. Shorty later, Ennis landed a left, right, and left from southpaw stance on the chin, and down went Dulorme again. He tried getting up but couldn’t as referee Ortega called a halt. 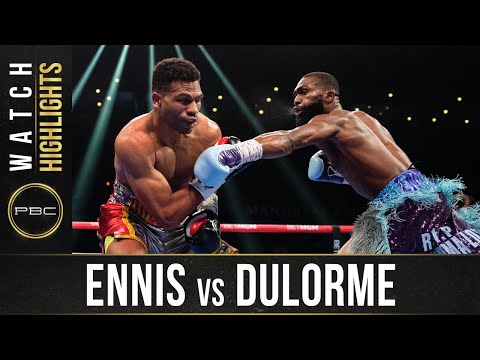 “It was good work. I don’t get paid for overtime. I knew it was over, but he got up and landed a shot on my ear. I landed a right hook and left, and that was it. I’ve been ready for a year for a title.

I’m after all three champs. (asked whose next?) I’m ranked highest in IBF and want Errol Spence,” said Ennis. Ennis is ranked in all organizations and is more than ready to take the division over. He is trained by his father, teacher-trainer “Bozy” Ennis.

From the seventh through the ninth, it was all Rivera. In the tenth and final round, Romero had his best round but not enough to take the round from the faster hands of Rivera.