By Matt Lieberman: Promoter Bob Arum was ecstatic about the impressive victory for his fighter WBC heavyweight champion Tyson Fury, who had to walk through fire to defeat the unyielding Deontay Wilder to score an 11th round knockout. The fight took place in front of a large crowd at the T-Mobile Arena in Las Vegas.

Arum says it’s one of the most exciting heavyweight fights he’s seen since the Thrilla in Manila between Muhammad Ali and Joe Frazier on October 1, 1975. 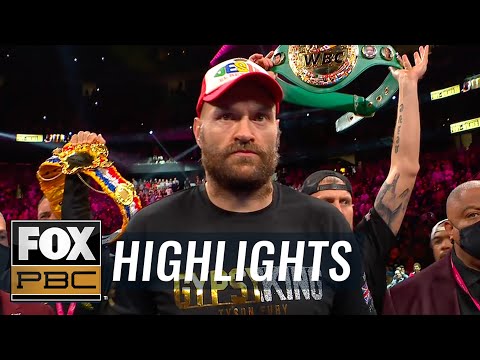 Fury was knocked down twice and Wilder three times in their drama-filled fight tonight. Just when it appeared that Fury (31-0-1, 22 KOs) had the fight won, Wilder (42-2-1, 41 KOs) would come roaring back to get back into the fight by hurting him.

In the end, Fury listened to his trainer SugarHill Stewart and nailed Wilder with four heavy punches in the 11th round that put him down for the count.

At that point in the fight, all Fury needed was a burst of punches to get the tired Wilder out of there, which worked perfectly for him. It would have been interesting if Wilder had gotten up like ‘The Undertaker’ to keep fighting, but he couldn’t do it after being dropped in the 11th.

“That was a great, great fight and it had all the drama that you could ask for,” said Bob Arum to Fighthype on the Thrilla in Manila between Muhammad Ali and Joe Frazier in the 1970s. “I have never seen a heavyweight fight compared to this one.

“This is the best heavyweight fight I have ever seen.  He [Fury] knocked him down the round before [round 3], ‘Hey, we got the fight won.’ Then he [Fury] gets knocked down twice. Yes, I thought the fight was over and he was going to continue on, a carbon copy of the last fight.

“I thought the fight was over after the first knockdown,” said Arum about his belief Fury had the fight won after he dropped Deontay in round 3. “Then the guy [Wilder] knocks him down twice. Not once, twice, then I’m really concerned.

“I saw how Tyson got back to his corner and he wasn’t wobbling or anything, so I was less concerned,” said Arum about Fury being dropped twice in the fourth.

“Then he put a beating on this guy and he was still dangerous. One thing you got to say about Wilder, he’s got a big, big heart. I never thought he had a heart like this.

“He [Fury] finally started listening to his corner and throwing a jab, which he started doing. There is no fighter in any weight class that is in the condition that Fury is in. Fury is in unbelievable condition, unbelievable.

“When Fury said, ‘I’m a fighting man,’ now you know what he’s talking about. He’s a very different human being and he marches to his own drum, so he’ll tell me when he’ll fight again.

“The fight is extremely well. Even without the Brits, look at how many people we put in here,” said Arum about the fans that packed the T-Mobile Arena in Las Vegas to watch Fury and Wilder. 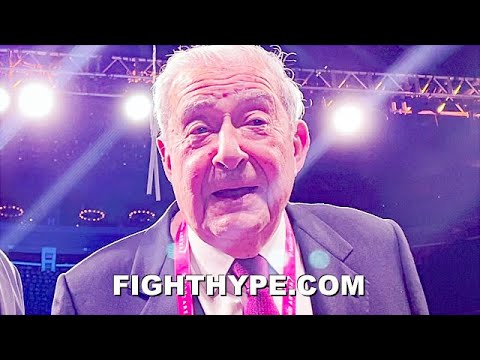