By Charles Brun: Anthony Joshua’s promoter Eddie Hearn will meet with Oleksandr Usyk’s manager Alex Krassyuk at the end of October to begin hammering out a deal for a rematch in March or April of next year.

Usyk-Joshua 2 is a match that Hearn hopes to stage in the UK again, but Usyk (19-0, 13 KOs) has already voiced his preference of fighting AJ at home in Kyiv, Ukraine.

Hearn and Joshua already had hometown advantage last September with the Usyk fight staged in London, England, and now, not surprisingly, the new champion wants to have a say for where the second bout takes place.

March or April = target date for Joshua vs. Usyk 2

Joshua (24-2, 22 KOs) wants to avenge his loss to the 2012 Olympic gold medalist and former undisputed cruiserweight champion Usyk right away rather than taking a tune-up fight for two.

Hearn maintains that Joshua’s loss to Usyk was primarily because he adopted a new fighting style by trying to box with the highly technical Ukrainian talent.

The Matchroom Boxing boss Hearn insists that if Joshua had used his massive size and power advantage over Usyk, he would have smashed him like he’s done with most of his opponents during his eight-year professional career.

Hearn will look like a genius if Joshua wins

If  Joshua wins the rematch with Usyk, Hearn will look like a brainiac with his decision to put AJ straight back in with the Ukrainian master boxer.

Of course, a second loss for Joshua would be a MAJOR disaster for him, likely wrecking what’s left of his career.

I mean, it wouldn’t just be this loss that fans would be focusing on when deciding that Joshua was done as a major fight. The other two defeats that Joshua has suffered were against Usyk and Andy Ruiz Jr. in the last two years.

Joshua is losing more than he’s winning now, and it’s going to be next to impossible for Hearn to keep bragging about how great he is if his recent record is 2-3.

“I’ve got a meeting scheduled to take place with Alex Krassyuk end of October once everything’s settled down,” said Eddie Hearn to the DAZN Boxing Show on when negotiations will start for the Joshua vs. Usyk 2 rematch.

“I think March or April is likely.” Hearn continued about the possible date for the Joshua vs. Usyk II rematch.

“Usyk had a terrible cut…so they’re probably not going to do too much until December, and then and then we’ll start planning,” said Hearn.

It would be a good idea for Hearn to give Joshua a chance to get a warm-up fight BEFORE he throws him in with Usyk a second time.

Charles Brun thinks it would be an excellent idea for Joshua to face one of these Eastern European heavyweights before fighting Usyk in rematch:

“I know if I train Anthony Joshua for this next fight, he’ll definitely beat Oleksandr Usyk,” said Tyson Fury to BT Sport Boxing.

“For free,” Fury said about not wanting any money to prepare Joshua for the rematch with IBF/WBA/WBO heavyweight champion Usyk.

Fury has no more idea of how Joshua can beat Usyk than any other heavyweight, and it would be a complete waste of time for AJ to train with him.

There’s NO way on Earth that Hearn will agree to let Fury train Joshua for even one second.

Hearn is hoping that Joshua can face Fury soon, and he’s not going to want to have the big 6’9″ Tyson take notes on how to beat AJ while he’s training him. 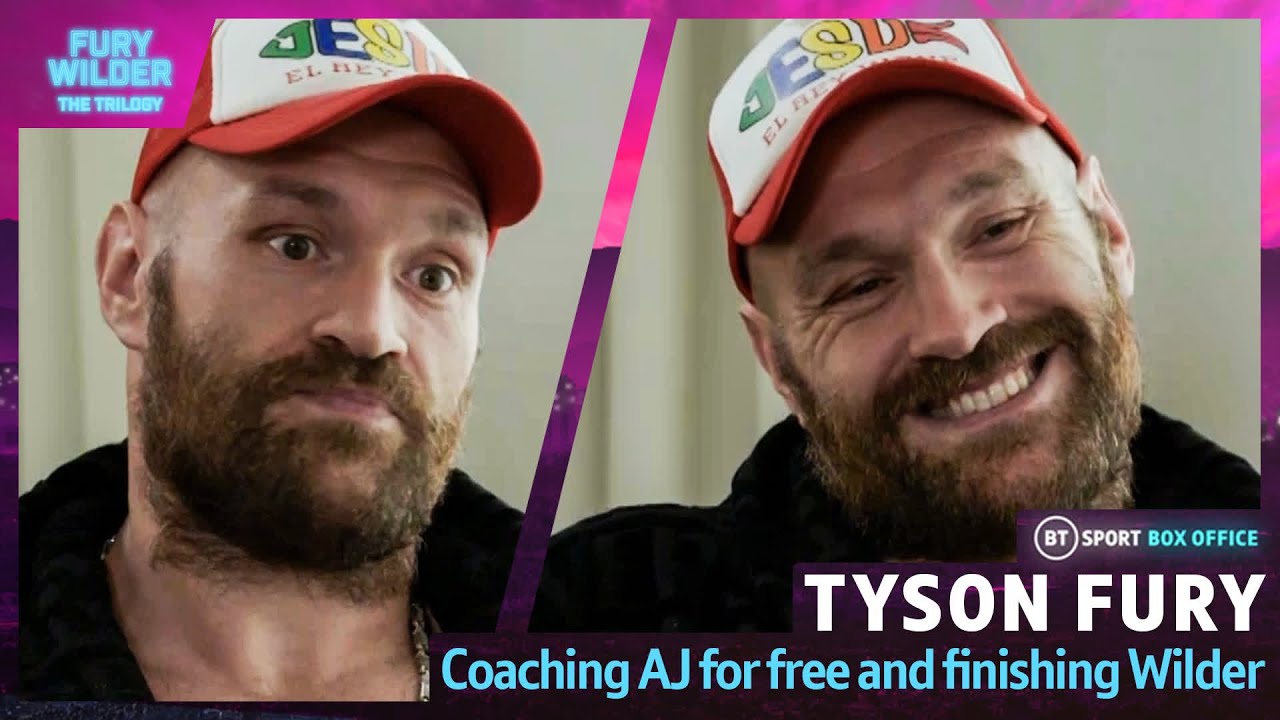