By Charles Brun: Tyson Fury launched a five-minute verbal attack on Anthony Joshua on Tuesday, saying that he’ll obliterate ‘that bodybuilder’ in six rounds when the time comes for them to fight.

Fury sparred Joshua many years ago, and it’s been said that AJ dominated him. It’s unclear what makes Fury believe things have changed since that sparring session to give him the idea that he would destroy AJ now.

With the rumors that Fury was worked over by his sparring partners Jared Anderson and Efe Ajagba in his last training camp, it’s not looking good for him even to get a fight with Joshua.

If the rumors are true about Fury getting pummeled by Anderson and Ajagba, that suggests that he’s deteriorated as a fighter, possibly because of him not spending enough time in the gym, and some of it age-related.

Fury is getting older, and he was never a power guy to begin with—just a finesse fighter, who those types of guys go downhill quickly.

It could be just talking on Fury’s part to drum interest in their possible fight in 2022. Right now, it’s way too early for Fury to be blabbering about fighting Joshua when he’s got a big problem right in front of him next month.

For his part, Joshua (24-1, 22 KOs) has a real threat in front of him this month against his WBO mandatory Oleksandr Usyk, who has got the pedigree and the conditioning to deal him his second defeat.

“AJ couldn’t smoke a cigarette, never mind smoke the ‘Gypsy King,'” said Fury to the Overlap when asked if he could beat Joshua. “He hasn’t got the minerals to fight a man like me.

“I said to Eddie Hearn, ‘The difference between me and him is he’s a businessman and I’m a [bleep] spartan,’ and I’ll show him that when I get him in the ring. I would absolutely annihilate that bodybuilder.

“It won’t go past six rounds. I’ll be over with quickly. He knows that, and his whole team knows it, and that why Eddie Hearn has been steering him around me for the last ten years,” said Fury.

Well, the good news is Joshua’s promoter Eddie Hearn is on record for saying that it doesn’t matter if Fury gets beaten by Wilder. He’ll still be interested in matching Joshua against Fury, even under those circumstances with ‘The Gypsy King’ coming into the contest off the back of a loss.

Of course, with Fury’s big ego, he’d likely insist on fighting Wilder in a fourth fight right away rather than accept a helping hand by Hearn to fight Joshua.

If Fury’s ego gets in the way of common sense, he’ll take the fight with Wilder, and his career could be finished off at that point. I mean, this is obviously a worst-case scenario, but it’s very, very realistic.

It’s one thing for Hearn to throw a bone to Fury with him coming off a knockout loss to Wilder, but it’s doubtful that Eddie will be interested if Tyson loses two consecutive fights to the ‘Bronze Bomber.’ 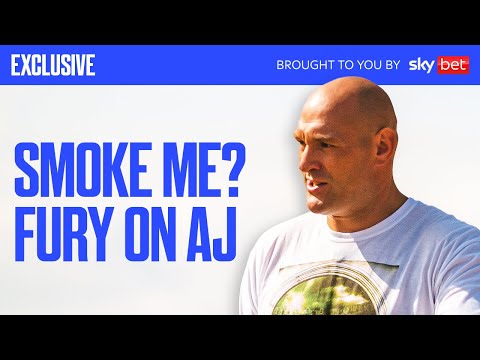 
« Josh Warrington ready to move on from Mauricio Lara