By Dan Ambrose: Negotiations between WBO welterweight champion Terence Crawford and mandatory Shawn Porter have failed to produce a fight to avert a purse bid.

As a result, the World Boxing Organization has scheduled a purse bid for tomorrow, Tuesday, September 14th, at the WBO heavyweights in San Juan, Puerto Rico.

This is probably the worst nightmare for Crawford’s promoter Bob Arum of Top Rank and Porter’s management at PBC.

They’ll have to try outbid the likes of Triller Fight Club and Matchroom Boxing, who will likely be putting down large bids.

For Top Rank, it w0uld be bad for them if they lose the purse bid because it would be another example of one of their popular fighters ending up fighting on a different platform rather than ESPN.

Crawford-Porter is a huge fight that would be a massive draw for any network platform, and you can bet that Eddie Hearn of Matchroom and Ryan Kavanaugh of Triller will be bidding on Tuesday.

Recently, Triller won a purse bid for the Teofimo Lopez vs. George Kambosos Jr. fight. The unbeaten undisputed lightweight champion Teofimo is one of Top Rank’s brightest young stars, and unfortunately, he won’t be fighting on ESPN

“The rescheduled purse bid for the mandatory bout between WBO Welterweight Champion Terence Crawford and challenger Shawn Porter will be held at 12:00 pm EST tomorrow, September 14th, at the WBO offices in San Juan. It will be transmitted live via the WBO’s Facebook page,” @WorldBoxingOrg.

“Do I think I can beat him? You know me,” said Porter to Fighthype on his fight with Crawford.

“People are saying, ‘Is he retired? Is he cooling? Is he ready to retire?’ What I said tonight is when I’m ready to be in front of there, and I feel the juices and everything flowing; it keeps me tuned in.

To some boxing fans, Porter seems more focused on his commenting job with PBC than on his career at this point. Porter hasn’t fought in over a year since beating Sebastian Formella in August 2020, and he seems to have lost interest in his career.

Even though Porter can probably make more money fighting, he seems to have forgotten about that. It’s easier obviously for Porter to wear a suit and talk than it is to take punches.

In some respects, Porter has transformed himself into Mikey Garcia, a fighter that used one of the best but no longer fights regularly. When you see Mikey on Youtube, he’s showing off his cars and getting haircuts. In the meantime, Mikey’s career has evaporated.

With Porter’s inactivity and his poor showing against Errol Spence Jr. and Yordenis Ugas in 2019, it’s hard to picture him beating Crawford. Porter’s not active enough, and he hasn’t looked good in a long, long time. 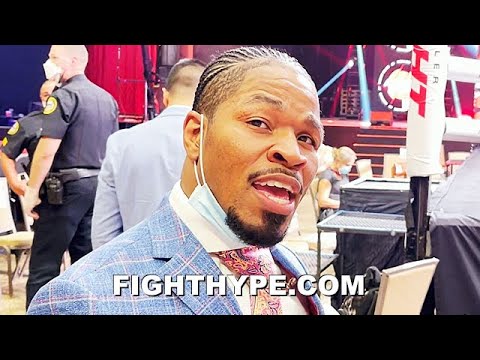 Keith Thurman: Is he done for the year? »