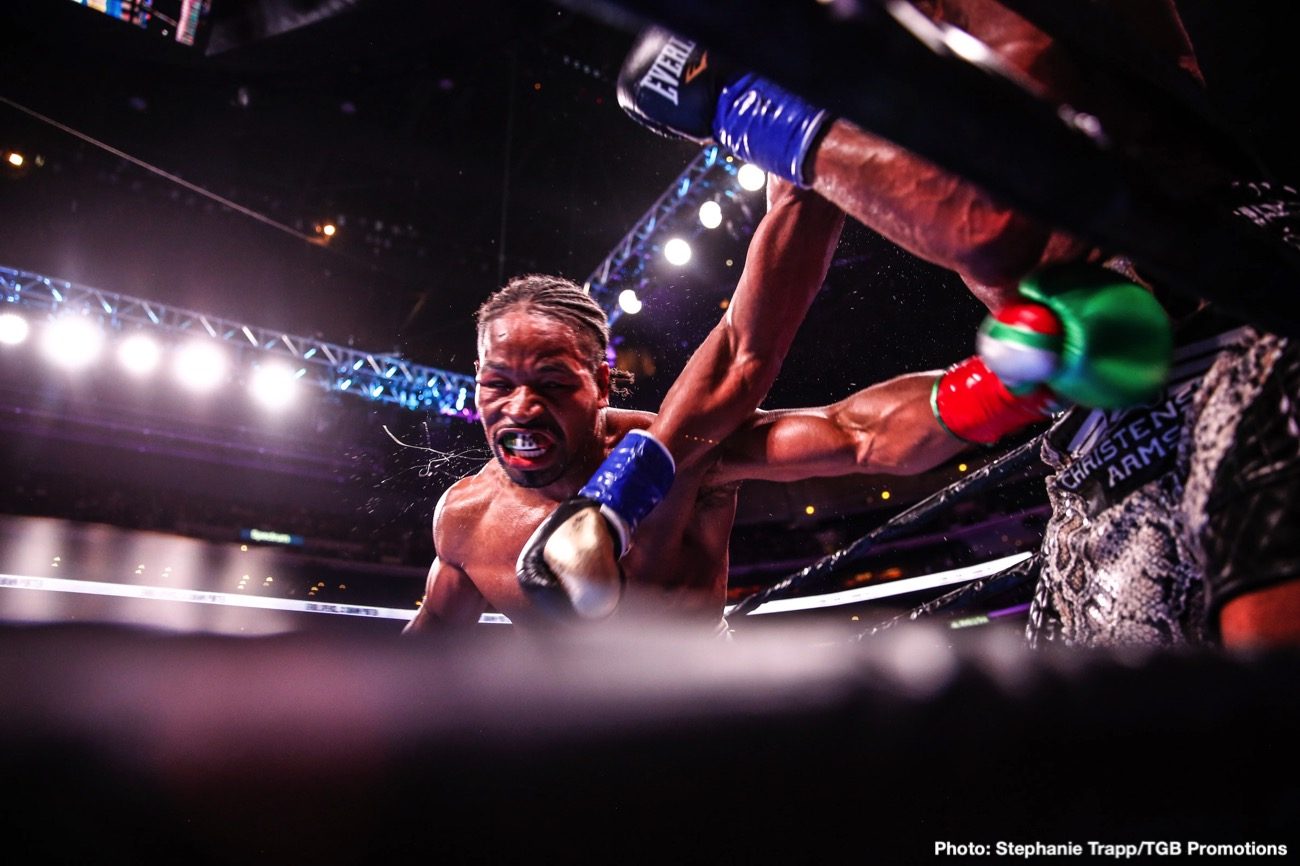 By Chris Williams: Shawn Porter says he’s not the fighter from PBC that Terence Crawford wanted to fight, and neither is Errol Spence Jr. We all know the guy from PBC that Crawford was anxious to fight was Manny Pacquiao, and he lost out on that chance.

In what by far is the most brutal fight of Crawford’s long 13-year professional career, he’ll be facing Porter on November 20th at the Mandalay Bay Resort & Casino in Las Vegas.

This is a contest that WBO 147-lb champion Crawford (37-0, 28 KOs) was forced to take after the World Boxing Organization ordered him to defend against Porter (31-3-1, 17 KOs), who is his mandatory.

Before the WBO ordered the fight, Crawford wasn’t showing any sense of urgency to get inside the ring with the former IBF/WBC welterweight champion Porter, and you can understand why.

Porter, 33, has a fighting style that negates EVERYTHING  that Crawford is good at, and I mean EVERYTHING. Crawford’s counter-punching, changing stances, and running around the ring will be taken away from him by Porter.

“He said what he was supposed to say. Just like I wouldn’t answer a question about strategy and what he does well and what he does bad,” said Shawn Porter to K.O Artists Sports when told that Crawford is looking forward to getting a chance to beat a PBC fighter finally.

“But we both know I’m not the PBC fighter he wanted to get in the ring with, and that’s not even talking about Errol Spence Jr, so there’s that,” said Porter about Crawford.

Well, we all knew the weak opposition that Top Rank has been feeding Crawford his entire career couldn’t go on forever. He eventually had to fight a quality opponent, and unfortunately for Crawford, he’s got Porter to deal with on the night.

If Chris Williams were to pick the worst possible style match-up for Crawford at 147, he’d pick Porter. This is a nightmare for Crawford because Porter’s inside mauling takes away everything he’s good at.

It’s too late for Crawford to keep trying to get a fight with 42-year-old Pacquiao because his boxing career is effectively over now that he’s thrown his hat into the ring to run for the presidency of the Philippines next March.

Shawn says this is the best fight for him

Crawford will have to deal with what’s in front of him and hope that he doesn’t get beat by Porter. In Crawford’s last two fights against Kell Brook and Egidijus Kavaliauskas, he didn’t look so good.

Those fights showed that Crawford isn’t the fighter that many boxing fans thought he was, as he was getting touched up. If you look at Crawford’s face after the Brook fight, he looked marked up.

This is a guy that Porter has wanted to fight for YEARS, as he’s always know that he’s got the style to pickpocket Crawford.

Crawford  = the perfect fighter for Porter to beat

If you were to create a fighter by hand that is perfect for Porter to beat, you would create Crawford.