By Barry Holbrook: Mauricio Lara and Josh Warrington had an intense face-off on Friday, which involved some pushing and jawing at their weigh-in for Saturday’s rematch at the Headingley Rugby League Stadium in Leeds.

If Lara is weight drained on Saturday, Warrington will have a decent chance of winning. Apart from that, it’s going to be tough for Josh to win.

‘Repeat or revenge’ fight in which Lara will be trying to knockout Warrington again as he did last February in stopping him in the ninth round at the Wembley Arena in London.

Warrington, 30, wants and needs to avenge his loss to move forward for the more lucrative fights against the winner of the Leo Santa Cruz vs. Lee Wood fight for the WBA 126-lb title.

Many boxing fans see Lara as the favorite to defeat Warrington again because he was too big and strong for him last time. Warrington can’t go to war with Lara without risking another knockout loss.

If Warrington loses on Saturday, he might need to retire from the sport because there won’t be anywhere he can go unless he’s okay with competing at the domestic level.

“Yeah, fans are really in for a treat,” said ring announcer David Diamante to Boxing Social on Saturday’s Warrington vs. Lara II fight.

“Repeat or redeem, Lara – Warrington 2. It’s a serious fight, but both guys are really coming to do the business. I think seeing Josh up on stage. There is the fear factor.

“Yeah, no one knew who Mauricio Lara was, but ‘El Bronco’ knocked Josh out the first time. He’s coming to do it again. He’s very confident, but I think Josh is also.

“It’s going to be a big night. Joshua is going to have his hands behind him, but at the same time, I don’t know if that’s going to hurt him or help him,” said Diamante.

Warrington has likely been working on his power during camp, but it’s doubtful he’ll make inroads in that area. After twelve years as a professional, Warrington is likely isn’t going to improve his power much, if at all.

Lara proved last time that he could walk through Warrington’s best shots to get in punching distance to land his big punches. Mauricio had the longer reach and was able to knock him down in rounds four and nine.

“Mauricio, having people boo him is going to egg him on also. Sometimes boos can be cheers,” said Diamante.

“Some guys like to be the underdog. Also, I don’t know if Josh is going to be able to hurt Lara. He’s not known as a big knockout puncher.

“He [Warrington] needs to get his respect, but as far as being able to stop him, I don’t know if he’ll be able to do that.

“Having the crowd cheer him [Warrington] on, he might be forced to stay in the pocket and do something he normally wouldn’t do.

“What he needs is to get the win and move past this opponent,” said Diamante about him, suggesting that Warrington play it safe against Lara.

Warrington must use a hit & run style against Lara and try to do enough to win rounds. 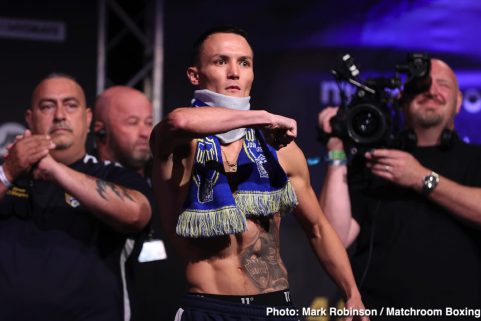 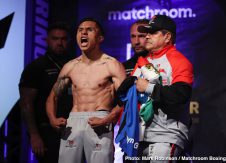 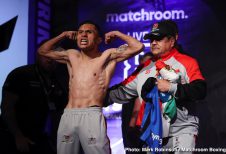 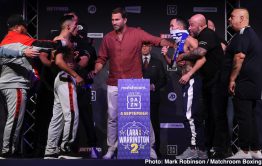 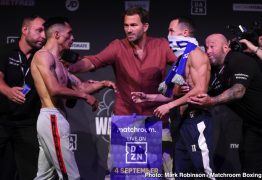 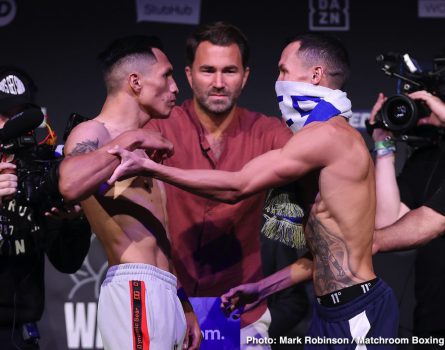 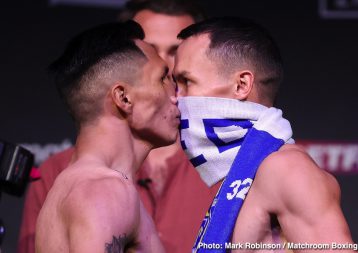 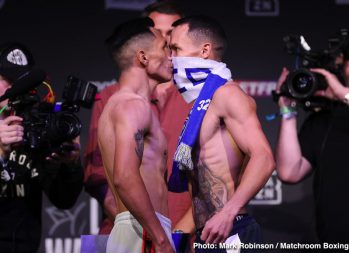 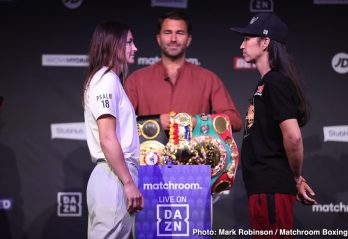 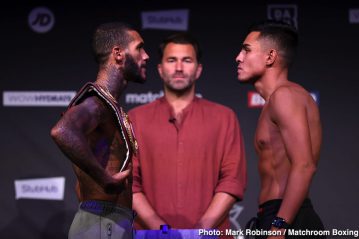 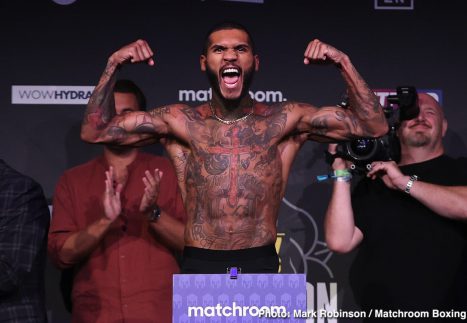 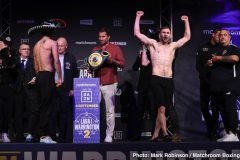 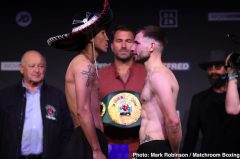 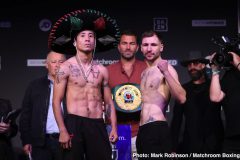 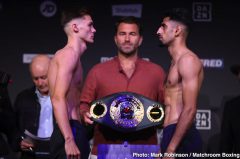 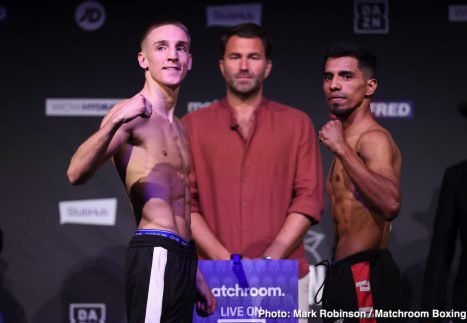 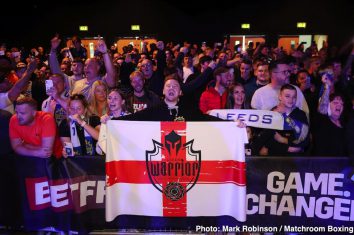 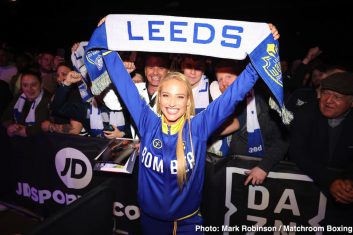 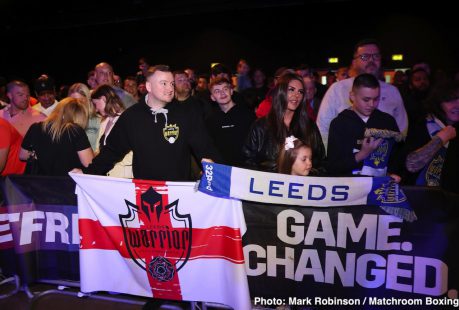