By Dan Ambrose: Caleb Plant wonders why Canelo Alvarez got so angry at their press conference last week on Tuesday in Los Angeles, California.

IBF super middleweight champion Plant (21-0, 12 KOs) says if it’s not true that Canelo is a drug cheat, then he shouldn’t have gotten mad. Canelo was angry enough to shove Plant across the stage during their face-off.

In Plant’s mind, people that take PEDs are using them because they’re insecure about something. If they have stamina issues or feel they’re don’t measure up in size or power, using PEDS would help with those areas.

Canelo (56-1-2, 38 KOs) and Plant will be headlining on November 6th on Showtime PPV at the MGM Grand Garden in Las Vegas.

“That’s what banned substances stem from. That’s why you take them,” said Plant in taking a shot against Canelo Alvarez, who tested positive for a banned PED in 2018.

“I’m not a cheater. I had a platform to speak up on it, and he [Canelo] got mad about it. If it’s not true, what’s there to be mad about?

“If I was king of the hill, nobody could fight me without drug testing for 12 weeks. I’m not here to pick up a check.

Plant can test his theory on Canelo being upset at being called a drug cheat by getting in his face for future press conferences and giving him that label. Canelo was telling everybody that he got mad because Plant called him a “mother f***,’ but that’s obviously what Caleb believes.

“It would mean everything. That’s why I’m in the sport,” said Plant when asked what would it mean for him to become the undisputed super middleweight champion.

“No fighter is perfect. What fighter goes 12 rounds without getting hit one time? Nobody. Floyd didn’t. It wasn’t a perfect fight when Floyd fought him.

“It was still really close. Kovalev didn’t fight a perfect fight when he was doing good. No fighter is perfect. I’m not worried about being perfect. Trust me, when I get my hand raised, that’s what I’m focused on.

“If Miguel Cotto’s brother can make him [Canelo] do the chicken dance at 140 or 150. Ask Jose Uzcategui if I have punching power,” said Plant.

“Both,” said Plant when asked if he sees himself fighting Jermall Charlo or David Benavidez in the future.

“I think he knows I’m serious,” said Plant when asked what he saw in Canelo’s eyes during their face-off.

Canelo has the three belts that Plant needs for him to become the undisputed super middleweight champion.

You can imagine that Canelo will push for an immediate rematch with Plant if he loses the fight. Canelo will want to avenge the loss to Plant as quickly as possible. 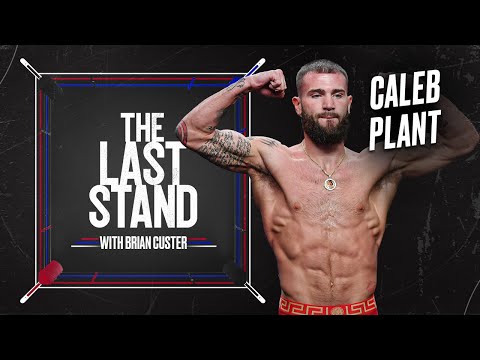