By Jeff Aronow: Yordenis Ugas vows he’ll be better prepared for the rematch with Manny Pacquiao because he has a full eight-week camp instead of just two weeks if the Filipino icon elects to face him in a rematch.

Pacquiao (62-8-2, 39 KOs) said on Wednesday in an interview that he’s considering taking a rematch with WBA ‘Super World’ welterweight champion Ugas (27-4, 12 KOs) because he should have been one of his “easiest opponents” of his career if not for his legs cramping.

The video that surfaced this week of Pacquiao, with both eyes swollen and almost closed shut, being fed by his wife Jinkee suggests that Ugas was anything but the “easiest” opponent of his career.

Yordenis says Pacquiao can have the rematch if he wants it, and he’s going to make sure he’s fully ready for the former eight-division world champion when that time comes.

Last Saturday, Pacquiao, 42, suffered a devastating 12 round unanimous decision defeat to the little-known Ugas at the T-Mobile Arena in Las Vegas.

Yordenis had Pacquiao looking confused the entire fight with the way he changed things with his style, and Manny never got into the groove that he needed to get the better of the WBA champ.

“I will be honored to face him again,” said Yordenis Ugas during a Zoom conference call about a rematch with Pacquiao. “The main difference is if there’s a rematch, he would have a better preparation for the fight. That would be a very important aspect of the fight.

“The fans can think what they want, but I’m convinced I was the best in the ring, and I’m happy about that,” said Yordenis in reacting to being told that some fans believe Pacquiao should have won. “The fans have their own opinion, and I respect that opinion.

“They are both great fighters and can even fight each other, and they can fight each other in the future,” said Ugas when asked about whether he’d like to fight Terence Crawford or Vergil Ortiz Jr.

“It’s up to my team,” said Yordenis on who he should fight. “I will always respect my team’s decision on the next contender or next opening I’ll have,” said Ugas.

Pacquiao says he’s going to make a decision soon on whether he’ll take the rematch with Ugas or not.

Manny says he can fight up until January of next year, and after that, he’ll be busy with the presidential elections in the Philippines.

“I saw it 8-4, and that was me being nice to Manny giving him a round that I actually scored it 10-10 because I thought it was really close,” said Shawn Porter on his Porter Way Podcast in commenting on Yordenis Ugas’ win over Pacquiao.

“Now, Manny doesn’t know if ‘I’m going to have to run in and get you‘ and walk into something ‘or can I stand right here and punch you from the outside?’

“Those were the two looks [that Yordenis gave Pacquiao]. Then he would give another look where Manny would start to punch, and then when Manny was finishing, he would go.

“Here’s the thing we were all overlooked, even though this was a late replacement fight for Yordenis Ugas,” Porter said.

“I’m pulling from my own experience, and I don’t think that I’m wrong. You’re always looking at who’s at the top.

“So even though I’m getting ready for you, if you’re at the top, I’m always going to be hitting the back thinking about you, thinking about what I’m going to do against you.

“Yeah, I’ve got you right in front of me right now, but my target is you. So at some compacity, he’s [Ugas] has always thought about Manny Pacquiao.

“He’s always thought about Floyd Mayweather, myself. So you’re preparing for them without actually intending to prepare for them,” Porter said.

Yordenis had Pacquiao totally confused during the fight, and it made it difficult for the Filipino to start to get comfortable with his offense.

What seemed to bother Pacquiao was the way Ugas would counter him with thudding right-hand shots after he’d land his pitty-pat combinations.

After a while, Pacquiao was less willing to go on the attack because he knew he would get nailed by one of Ugas’ big right-hand shots while he was pulling away.

“On the other side of that, you’ve got [Yordenis’ trainer Ismael] Salas, an unbelievable Cuban coach, who just has to go down and do the X’s and O’s real quick,” said Porter.

“Styles make fights, and I’m going to go on the record to say I’m not sure how that fight would have went,” Porter said on what would have happened had Errol Spence Jr. not been injured and had fought Pacquiao last Saturday instead of Ugas.

“Errol has got more than Ugas. Ugas used what he had, and he used it to perfection.

“I said months ago when he [Ugas] was awarded the [WBA] title, ‘You got to bet somebody.

“‘As soon as you win one fight as a champion, then I’ll call you a champion,'” said Porter about his previous view on Yordenis, who had been elevated to WBA ‘Super World’ champion by the World Boxing Association outside of the ring after they stripped Pacquiao of his title due to inactivity.

“Then a fight is scheduled with Manny, and I’m like, ‘Dang, I wish I could call you [Yordenis] a champion, but now you got Manny.’ Listen, what he [Ugas] did was special.

“Ugas is the champion. That boy went to the back room, and he cried so much. I know he did. He cried so hard,” Porter said in speculating on what Yordenis did moments after getting the victory over Pacquiao last Saturday.

Many boxing fans had Pacquiao winning the fight, so it’s difficult to agree with Porter’s 9-3 scoring for the fight.

With that said, if you look at who was landing the much harder, more telling shots in each round, you have to give it to Ugas by a wide margin.

9 rounds to 3 is Porter being conservative with his scoring if you look at the fight from that angle. The power that Pacquiao once had on his shots wasn’t there last Saturday.

The two years out of the ring took something away from Pacquiao both in terms of his mobility and his punching power.

It was dramatic the difference between Yordenis’ power and Pacquiao’s in the fight, which is why you can agree with Porter’s 9-3 scoring.

Pacquiao’s power was that of a super featherweight going up against a heavy-handed welterweight in Ugas. 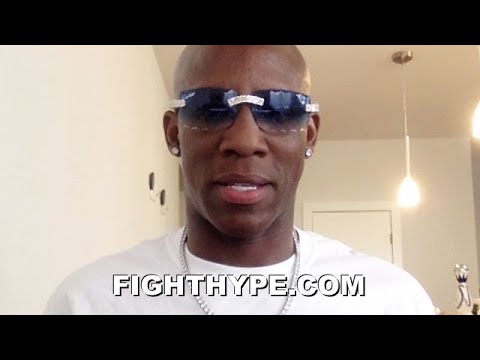 Pacquiao loss could open up the division »