By Allan Fox: Shawn Porter says Yordenis Ugas (26-4, 12 KOs) has a chance of upsetting the favorite Manny Pacquiao (62-7-2, 39 KOs) on Saturday night if he can turn the fight into a toe-to-toe battle from start to finish.

The 42-year-old Pacquiao is up there in age, and he hasn’t fought over two years, which is precisely why the WBA stripped him of his ‘Super World’ 147-lb belt and gave it to Ugas.

Does Pacquiao have anything left?

There are many unknowns about what Pacquiao has left at his age and with his long layoff from the ring. Former IBF/WBC welterweight champion Porter knows what it was like to fight Ugas from their match two years ago in March 2019.

If Ugas chooses to box Pacquiao, his chances of winning go way down because he’s facing a legend. Ugas might as well be trying to win a decision over a fighter like Canelo Alvarez or Floyd Mayweather Jr because he’s not likely to get the nod by the judges if the fight goes the distance.

Porter won’t admit it, but he was given a gift 12 round split decision over Ugas, and he should have lost by a wide decision in that fight. The judge that had it 117-111 for Ugas saw the contest clearly.

Ugas can win in a toe-to-toe battle

“We’re not getting what we want, but we’re getting something pretty good,” said Shawn Porter to Premier Boxing Champions. “You got Manny Pacquiao, fast, slick, low. 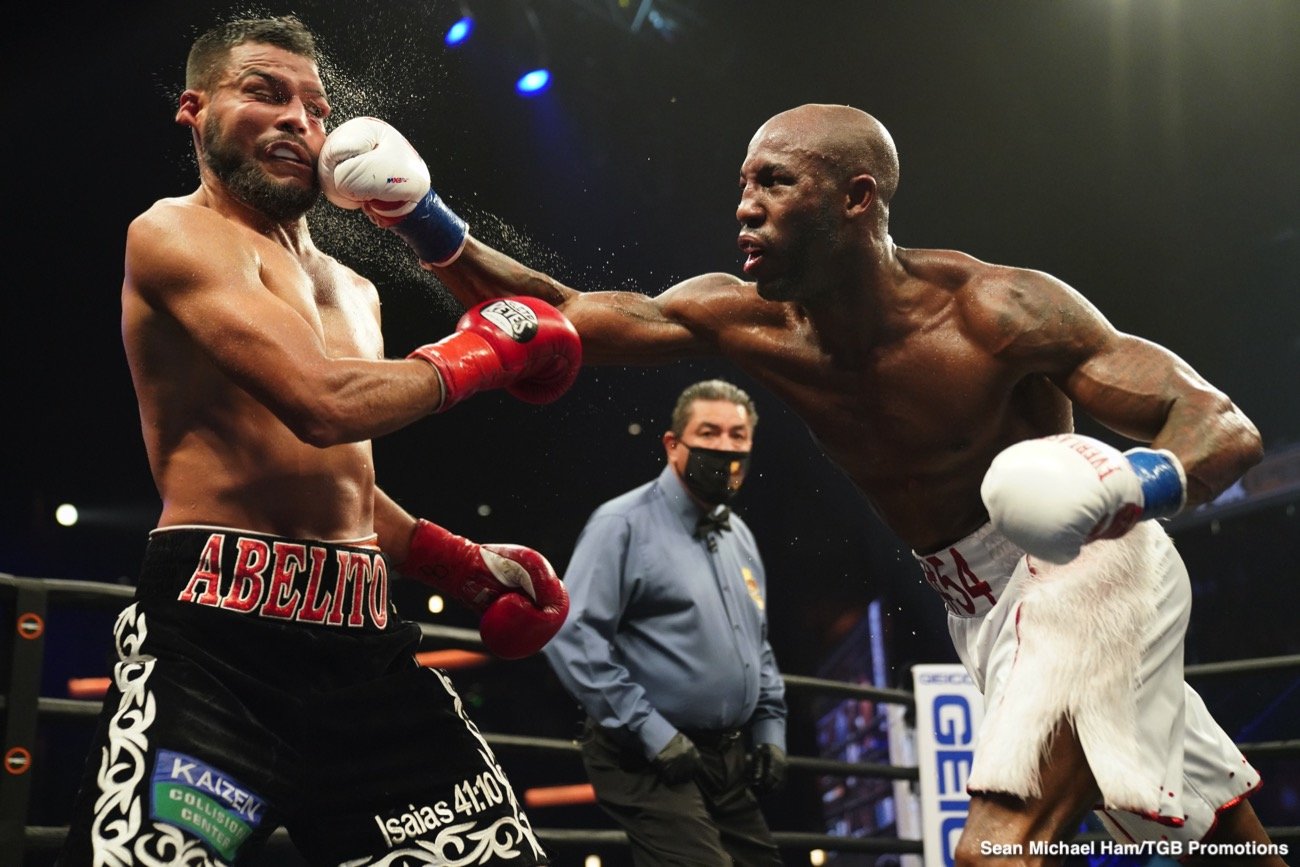 “You got Yordenis Ugas, strong, powerful, durable, and is going to keep coming forward. Styles make fights; there’s no secret in that.

“I do think this can be a more exciting fight than a lot of people expect if Yordenis Ugas can force Manny Pacquiao to go toe-to-toe with him.

“If we can get a toe-to-toe battle, it could go either way. I’m not going to sell y’all on that,” Porter said.

Ugas has more power than Juan Manuel Marquez, who knocked Pacquiao out in the sixth round in their fourth fight in December 2012.

“I do think Manny Pacquiao will control this fight from beginning to end,” Porter continued. “Again, let’s speak to his age. Can he maintain for 12 rounds?

“I think that might be the biggest component to this fight is if Manny Pacquiao can stay 80 to 90 percent through the course of 12 rounds.

“With that being said, I do pick Manny Pacquiao to win this fight. It’s going to be a good fight.

“I don’t think Yordenis Ugas is going to get completely blown out, but if he can’t force Manny Pacquiao to fight, Manny is going to take this one 100%,” said Porter.

The Ugas looked in his fights with Porter, Abel Ramos, Ray Robinson, Omar Figueroa Jr., and Thomas Dulorme; he can beat Pacquiao.

It’s a safe bet for Porter to be leaning in the direction of Pacquiao to win the fight.

Picking Pacquiao doesn’t take much courage on Porter’s part, as most of the boxing world view him as the likely fight winner.