Vasiliy Lomachenko vs. Richard Commey in the works for a Dec. 11 at MSG

Lomachenko will be looking to beat another former Teofimo Lopez opponent in Commey. All eyes will be on Lomachenko to see if he can do a better job against Commey than Teofimo did two years ago.

The only downside of Lomachenko fighting Commey is that he’s facing another one of Teofimo’s leftovers; that’s not a good look.

Lomachenko doesn’t need to play cleanup crew. He’s gone from being a trailblazer to that of a follower, a 24-year-old Teofimo.

Although it is news that was reported weeks ago, the fight talks have progressed. In the co-feature bout, undefeated super middleweight contender Edgar Berlanga will be fighting a still to be determined opponent.

Commey passing up a title shot against Haney

Lomachenko (15-2, 11 KOs) isn’t the only one interested in fighting former IBF 135-lb champion Commey (30-3, 27 KOs). WBC lightweight champion Devin Haney has been talking nonstop about wanting to defend his title against Commey.

If your Commey, you might want to think twice about passing up a guaranteed title shot against Haney because that’s a fight he can win.

Haney was getting jarred each time Jorge Linares hit him solidly in the championship rounds of their recent fight. If Linares was able to hurt Haney, Commey could knock him out.

Lomchenko, 33, will be fighting for the second time in 2021 after losing his WBA/WBC Franchise/WBO 135-lb titles to Teofimo Lopez last year in October. 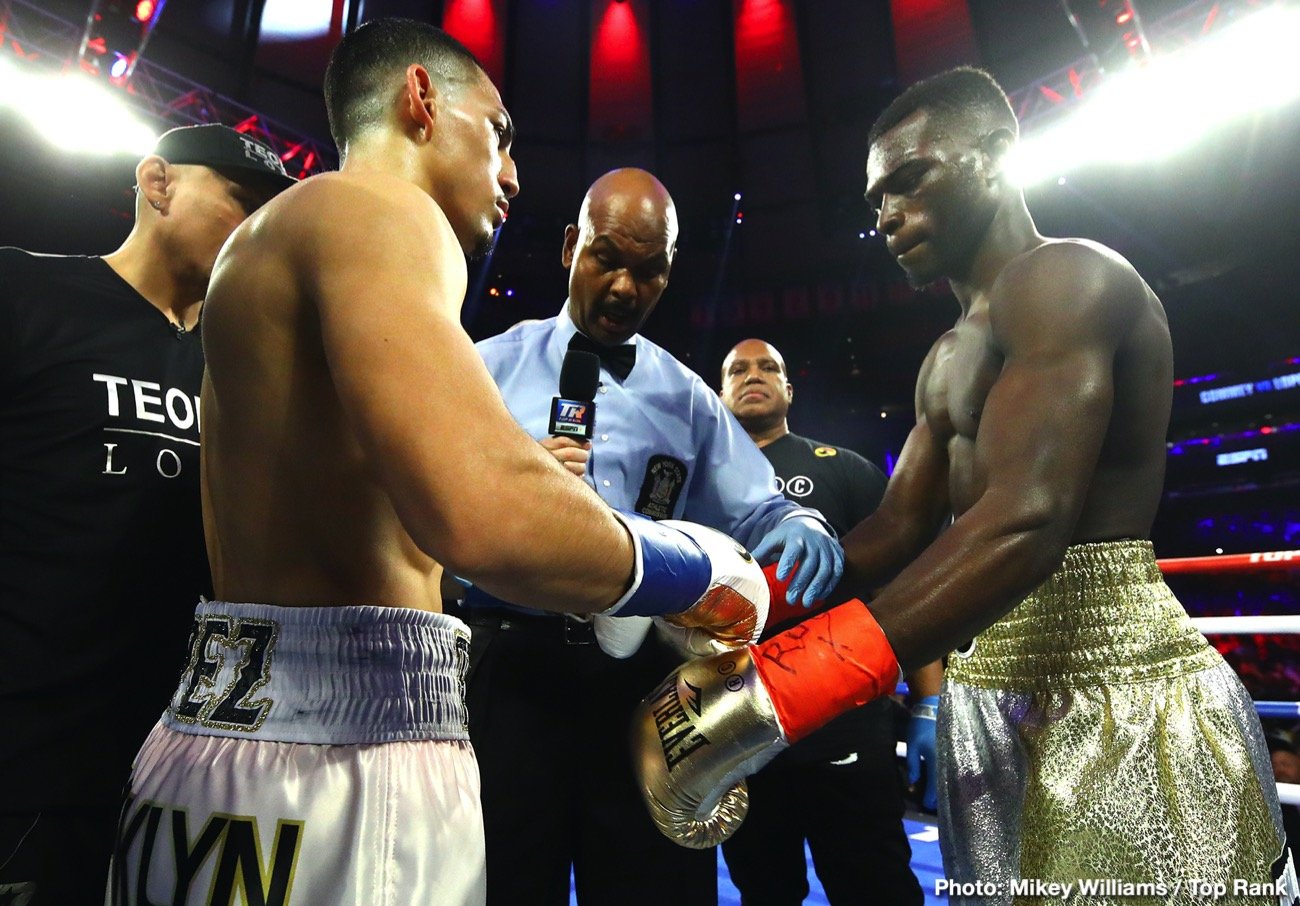 Loma looked strong in his last outing, beating Masayoshi Nakatani by a ninth round knockout on June 26th. That fight showed a much improved Lomachenko from his previous bout against Teofimo.

The shoulder problem and the caution that held Lomachenko back against Teo was gone against Nakatani as he attacked him from the opening bell, showing no indecisiveness that we saw from him a year ago.

Commey shares something in common with Lomachenko in that he, too, lost to Teofimo. But in Commey’s case, he was destroyed in two rounds by Teofimo in December 2019 at Madison Square Garden in New York.

Teofimo caught Commey with a big right hand in the second round that stunned him. Teofimo then finished Commey off immediately.

Commey, 34, came back from that loss to stop Jackson Marinez in the sixth round last February. That was an impressive W for Commey against a fighter that arguably defeated Rolando ‘Rolly’ Romero.

Commey will essentially be an hors d’oeuvre for Lomachenko to snack on before his main course in the first quarter of 2022 in his rematch with Teofimo Lopez.

“Sources: Vasiliy Lomachenko and Richard Commey are in advanced talks for a Dec. 11 fight at Madison Square Garden on Heisman Trophy Night on ESPN/ESPN+. Edgar Berlanga could compete in the chief-support bout,” said @MikeCoppinger.


« Whyte not waiting until November for next fight, wants Arreola, Ruiz, Martin or Franklin