By Dan Ambrose: Regis Prograis is still waiting to hear when his fight with Mikey Garcia will occur. For the moment, the two fighters are trapped in limbo, waiting to find out when Canelo Alvarez’s next fight with Caleb Plant will be taking place.

Moreover, Matchroom and DAZN are waiting around on Canelo to find out when he’ll be fighting next. It’s important not to stage the Mikey vs. Prograis clash too close to the Canelo vs. Plant fight, as it’s too big of a fight for them to compete.

Also, the money that DAZN would need to allot to Canelo if his fight with Plant does take place on their platform would likely preclude the possibility of putting a fight on with Mikey and Prograis around the same time. 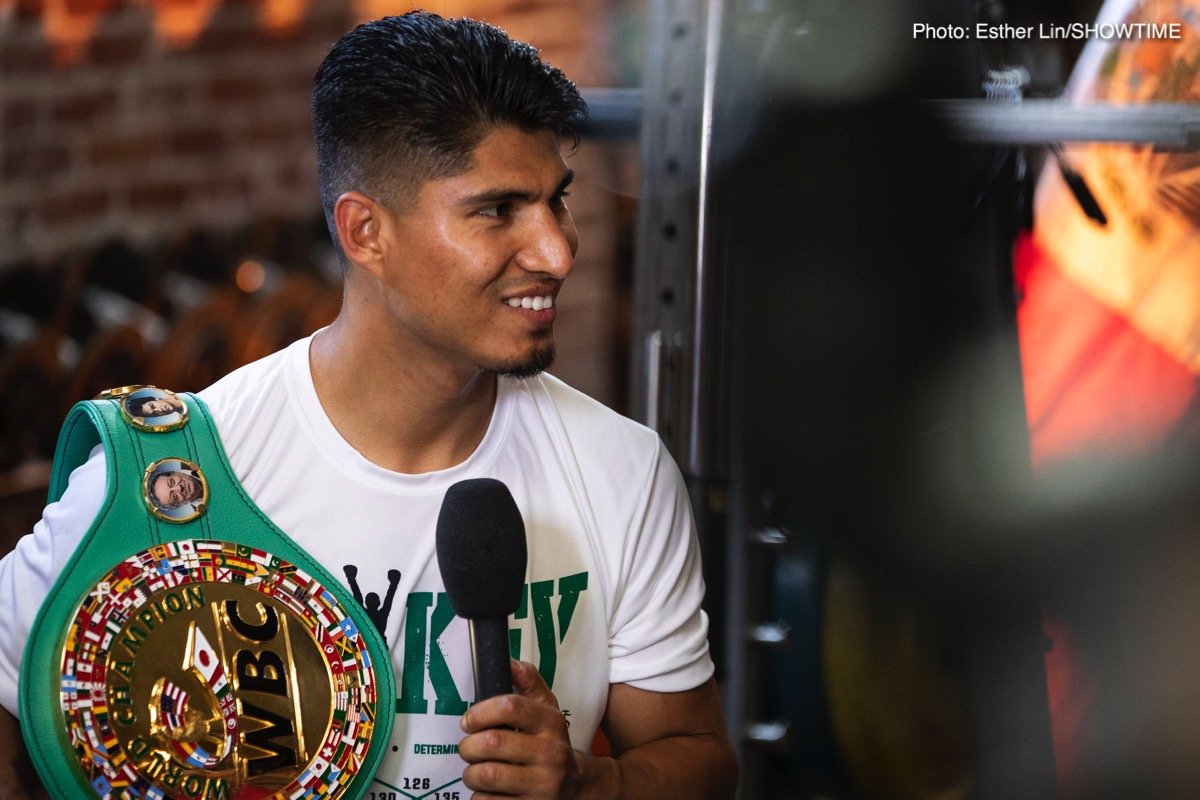 As a result, it’s going to require a lot of money for DAZN to land the Canelo-Plant fight, even though it’s not a huge match-up. When you have a fighter like Canelo, he can fight anyone, and I mean ANYONE, and he’s going to take a huge slice out of DAZN’s budget to pay him.

Lately, Canelo has stopped fighting A-level guys altogether for the last three years since 2018. It’ll be interesting to see if DAZN can afford him when he starts facing elite-level fighters again one of these days.

The negotiations between Canelo and IBF super middleweight champion Plant for the undisputed title are still ongoing. According to Dan Rafael, the Canelo vs. Plant fight will occur in November or December on FOX Sports pay-per-view.

It’s not expected to end up on DAZN, but you can understand why the management for the company is still waiting.

As long as there’s a chance, such as it is, to land the Canelo-Plant fight, DAZN isn’t going to schedule any shots in the United States. They’re going to wait it out to find out what happens with Canelo’s negotiations for the Plant fight.

“From what I heard, my manager keeps telling me next week, next week,” said Prograis in speaking to Fighthype. “I know me and him are supposed to be next, but as far as the date, I don’t know,” Prograis said of his potential clash with Mikey Garcia.

“What’s really going on is the whole Canelo thing,” said Regis. “We really got to wait on whatever Canelo is doing…We have to find out what’s going on with him.”

What’s worrisome for Mikey is he hasn’t fought in a year and a half since his 12 round majority decision against Jessie Vargas in February 2020.

During the last 18 months, Mikey has looked heavy most of the time, and it’s only recently that he started trimming down. As such, if the fight with Prograis gets pushed to the end of the year into 2022, Mikey will have a lot of ring rust, and his chances of beating Prograis won’t be as good.

Yordenis Ugas to become Richer with win over Manny Pacquiao »