The WBC bantamweight champion Donaire believes that Ugas’s stationary fighting style will be perfect for Pacquiao (62-7-2, 39 KOs) to land his shots and wear him down slowly.

Donaire adds that the 35-year-old Ugas’ tendency to want to slug with his opponents will make it simpler for Pacquiao to hit him and eventually knock him out on Saturday night.

The last knockout for Pacquiao in 2009

If the 42-year-old Pacquiao does knock Ugas out, it would be the Filipino star’s first stoppage victory in twelve years since his 12th round TKO victory over Miguel Cotto on November 14th, 2009.

Donaire attributes the dry spell Pacquiao has had in scoring knockouts to his opponents not wanting to stand and fight him.

The last two guys that stood and fought Pacquiao were Cotto and Ricky Hatton, and not surprisingly, he knocked them both out.

“In the books, it looks easy because the guy is stationary, is easy to hit, and you’ve got a guy that is mobile like Manny,” said Nonito Donaire to Fighthype in previewing Pacquiao vs. Ugas.

“But sometimes things don’t work as the paper says. I would say that Manny is an incredible fighter, and he’ll most likely win this fight with a high probability, but you can’t take away what Ugas is capable of. He’s champion for a reason.

“There’s a big probability of it if you’re able to hit a guy numerous times,” Donaire said when asked what the chance is that Pacquiao knocks out Yordnis on Saturday.

“I think Ugas is a tough guy, but I think he [Pacquiao] has a high probability of a stoppage because Ugas will stand in front of your and will fight,” Donaire said.

What further increases the chances of Pacquiao getting a knockout on Saturday is the rumored left bicep injury that Yordenis appears to have. In recent photos, Ugas’ left bicep looks swollen up, as if he tore it in manner.

If Ugas has a detached left bicep, he’ll be fighting with just his right hand, which will not work against Manny.

“But he’s also dangerous because he will punch you, and anybody that can punch with Manny can get him in a dangerous position too,” Donaire said of Ugas being a threat to Pacquiao.

“Manny is very tricky. I sparred him a long time ago, and he’s a tricky man.

“He [Pacquiao] has a lot of manipulations on his distance in the way that he moves, and if you can’t figure that out, it’s SOL [s*** out of luck] for you,” said Donaire.

Yordenis ALWAYS comes to slug it out with his opponents, and on Saturday, he will surely continue to fight in that manner against Pacquiao.

At this point in Ugas’ career, he’s not going to alter the style that has taken him this far, especially with him facing the superstar Pacquiao.

This is the equivalent of the Super Bowl for Yordenis, and he’s going to be looking for a knockout every step of the way.

Will Pacquiao retire after Ugas fight?

“He wanted Spence and Crawford before he retired, but then he’s got this fight [with Ugas], and then he’s going to try and retire,” Donaire said of Pacquiao.

“But when there’s a missing piece, if your mind is not really into it, it won’t happen. I think he’s [Pacquiao] still capable of beating a lot of the guys. It’s just where his mind is and where his heart is,” said Donaire.

As most believe, Pacquiao’s decision to retire or not will be based on how he performs during the fight with Ugas. If Pacquiao wins and looks impressive, he’ll continue his career and try and set up a fight with Errol Spence Jr. 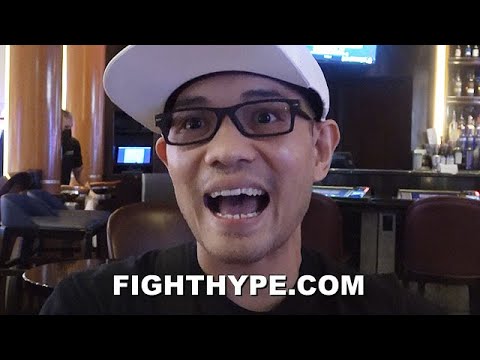