Joseph Diaz Jr: ‘I want Ryan Garcia or Haney next, whoever accepts’

By Max Schramm: Joseph ‘Jo Jo’ Diaz Jr says he’s already told his management team that he ONLY wants Ryan Garcia or Devin Haney next, and he’ll whichever takes the fight without playing games. If Diaz Jr chooses to face Ryan, he could wind up with nothing if he pulls out of the fight.

The former IBF super featherweight champion Diaz Jr. (32-1-1, 15 KOs) is in an excellent position to get Haney or Ryan for his next fight.

Ryan (21-0, 18 KOs) is the one that Diaz appears to want next, but many issues could prevent that fight from happening.

Can the indecisive Ryan Garcia stay mentally focused long enough to sign for a fight with Jo Jo Diaz Jr. and make it to the fight without pulling out?

Lately, Ryan has seemed scattered, talking about wanting to fight various fighters and then losing interest.

Already talked to my team I want Ryan or Devin next whoever accepts the fight without that talking nonsense. I’m sick of it

If you’re Diaz Jr, he should go in the direction of Haney because the fight will likely take place, and he could capture his WBC 135-lb title. Haney was close to being knocked out by Jorge Linares in his last fight in May. If that had been Diaz Jr fighting Haney on the night, he likely would have beaten him.

Ryan would be a dangerous fight for Diaz due to his hand speed, powerful left hook, and height. It would be next to impossible for Jo Jo Diaz to avoid getting hit by Ryan’s huge left hook at some point in the fight.

Besides Haney and Ryan Garcia, Diaz Jr has the possibility of facing Vasily Lomachenko on December 11th. Diaz Jr’s name is one of three fighters that Top Rank is looking at for Lomachenko’s next fight. The other two are Richard Commey and Haney. 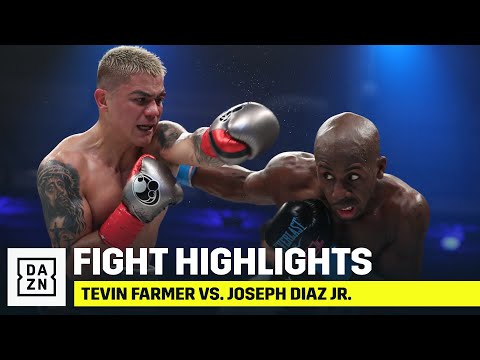 “There’s an intriguing name being added to the possibilities for Vasyl Lomachenko on Dec. 11 on ESPN @JosephDiazJr. Top Rank has reached out to Golden Boy’s @makeawar [Eric Gomez] to inquire,” said Lance Pugmire @Pugboxing.”

It’s implausible Diaz Jr will get picked by Top Rank to face Lomachenko, but it’ll be an interesting match if they wind up facing each other.

Unless the money is greater than he can get against Ryan or Haney, Diaz Jr should steer clear of Lomachenko. It’s not a good match-up for Diaz Jr because of Loma’s technical skills.

If Diaz Jr had the kind of punching power and size of Teofimo Lopez, he would have weapons to balance out the skills advantage that Lomachenko has.


« Canelo Alvarez vs. Dmitry Bivol at catchweight between 168 and 175

Servania vs. Cortes Added to J Franco vs. Moloney 3 on Aug.14th »