Is Caleb Plant Scared of Unification 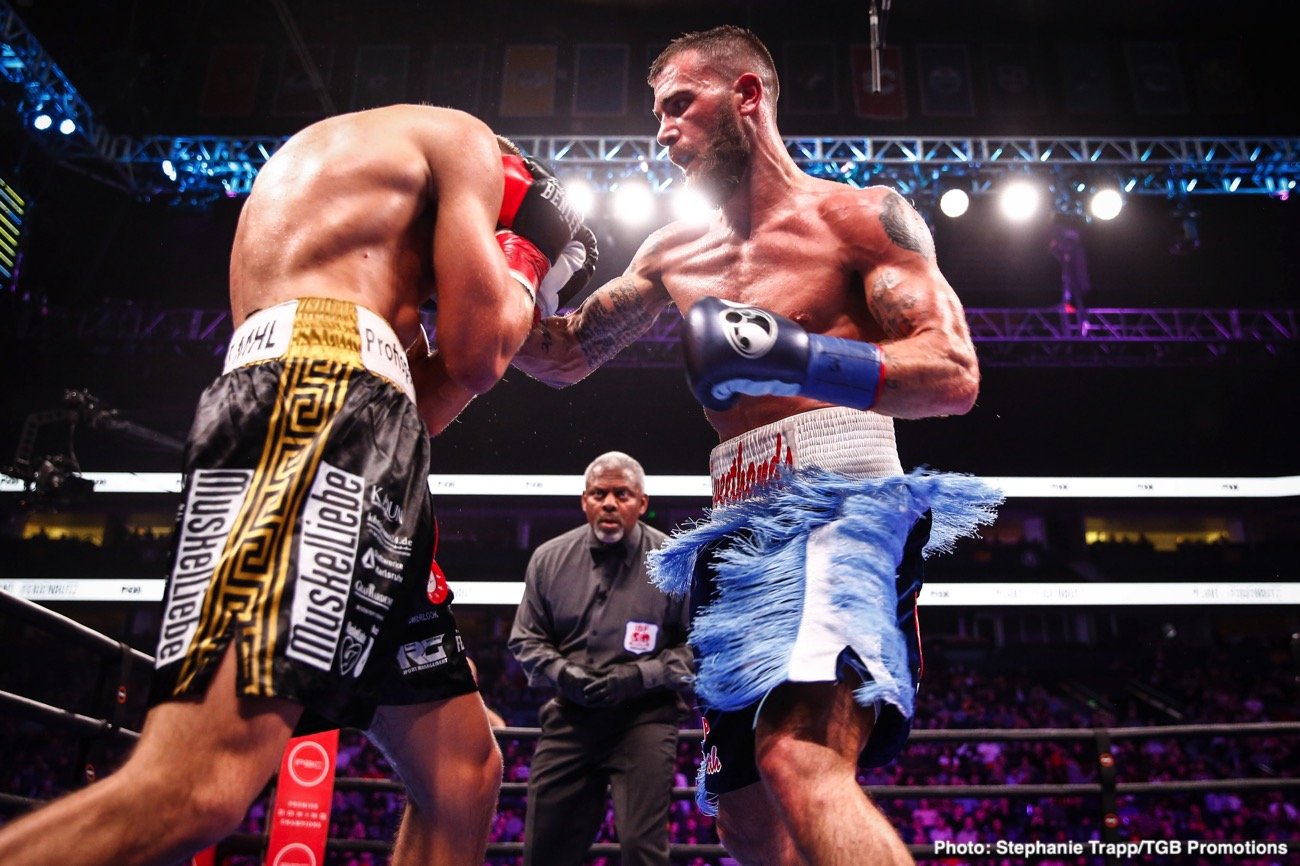 By Angel “Whiskey” Flowers: Caleb “Sweet Hands” Plant recently went on a rant about the negotiations for his fight with Saul “Canelo” Alvarez going sour. Caleb Plant is a great fighter who happens to be undefeated and the IBF Super Middleweight Champion.

Plant has horrible advisors, and perhaps that is his biggest downfall. Caleb Plant’s rant about Canelo and their possibly scrapped fight is misplaced and will probably lead to him being in the same position he is in now.

The facts of the proposed fight are simple. Caleb Plant has the chance to fight for the undisputed Super Middleweight Championship. Caleb Plant will likely make more money on this fight than he ever has.

This is retirement-type money if he is smart with his purse. Caleb Plant will get the chance to fight the pound-for-pound #1 guy and see where he matches up. When sticking to the facts, it is difficult to see anything other than Plant being delusional.

Caleb Plant is the IBF Super Middleweight Champion and could face Saul Alvarez, the WBC, WBA, WBO, and the Ring belt holder. If Plant wins this fight, he could call his own shots, similar to what Alvarez is doing now.

Being undisputed would likely land him in the Boxing Hall of Fame and allow him to make a lot more money. PBC and Al Haymon at first wanted Alvarez to fight a few more fights for them if he is given the Plant fight. While it is unclear if they tried to keep this requirement, it is clear that if I were Plant, that would be a non-issue.

What does Canelo fighting any other fighter have to do with Plant and his money? Plant is fooling himself if he thinks he and Canelo are equals.

Plant recently said that his fight with Alvarez “was always agreed to be a [title] unification; no rematch for either fighter.” Any sane fighter would hurriedly agree to a rematch with Alvarez if they beat him the first time.

Fighting Alvarez is a life-changing type of money, and anyone who beats him would likely get more the second time around. Speaking of money, the facts speak for themselves.

Plant is a great fighter who is undefeated and grabbed a championship. At best, Plant is worth about 1.5 million dollars, which is good money, just not what he could make.

Avni Yildirim, a virtually unknown boxer with limited talent, made $2.5 million off of the Canelo fight, more money than Plant has seen, even if the purses of all of his fights were combined.

Plant would, at the very least, make ten times more than his greatest purse ever, a paltry $750k when compared to the Canelo fight. Plant could be fighting for over ten million dollars. When talking about money, Plant mentioned that Canelo wanted in the contract that if Plant got injured or sick, then Canelo would get a late replacement for the same amount of guaranteed money. But if Canelo gets sick or injured, then PBC would have to wait for him. None of that has anything to do with Plant. Plant should be happy he is even in a position to face Alvarez.

In fact, I don’t believe there is a boxer fighting today that would turn down that money if they could fight Canelo in their preferred weight class.

NEWS:   Eddie Hearn: 'How cool was Canelo, embarrassing for Plant'

In closing, no one believes Canelo absolutely has to fight Caleb Plant for his legacy. The general public has no idea who Caleb Plant is.

Despite being American, Saul Alvarez is a much bigger draw than Plant and is far more likely to be noticed by the general public. Alvarez still has a Gennady “GGG” Golovkin fight that he could take for similar money.

John Ryder, Chris Eubank Jr., and Zach Parker are also good fights for him. They have built-in UK fan bases that are eager to see one of their own finally topple the Mexican warrior who has cut down four of their heroes already.

Alvarez could face fellow Mexican Jaime Munguia or Gilberto “Zurdo” Ramirez if he wanted to make it an all-Mexican affair. Canelo could decide to go up in weight and try a match with WBO Light Heavyweight Champion Joe Smith Jr., who has virtually the same fan base as Plant does.

If Canelo wanted a challenge, there are plenty of bigger, stronger fighters that he could also take on. No matter who he fights, Canelo could call his shots and make big money.

Plant has no one he could fight that would make him over a million dollars. What Plant does have is a lot of fighters who could beat him and ruin his chances of ever making that type of money.

If Alvarez decides never to face Plant, then Plant will never become a PPV star. There are much younger fighters with fewer fights than Plant that already have made at least triple what Plant has and arguably have a better legacy as well.


« Dubois targeting Whyte and Chisora after Aug.29th fight with Cusumano