By Dan Ambrose: Canelo Alvarez and IBF super middleweight champion Caleb ‘Sweethands’ Plant have reportedly agreed to a deal for November for the undisputed 168-lb championship on FOX Sports PPV. This will be a dual promotion between Premier Boxing Champions [PBC] and Canelo Promotions.

Plant is the guy that the former four-division world champion Canelo wanted all along, and now he’s got him.

It’s unknown whether Canelo will be getting the $40 million for the fight he was previously said to be getting during the negotiations with Plant for now aborted September 18th fight date.

What’s unknown is the true rationale for Canelo wanting so badly to fight Plant.

Is it because Canelo believes that becoming the undisputed champion at super middleweight will validate him in the eyes of the boxing world, or is it a case of Canelo taking this fight because it’s another EASY one against a badly flawed Plant, who is viewed as Billy Joe Saunders 2.0 in the eyes of some boxing fans.

Canelo and Plant were planning to fight on September 18th on the Mexican Independence Day holiday weekend in Las Vegas, but the negotiations collapsed over one of the deal points.

Interestingly, Canelo went through the motions of setting up a fight with WBA 175lb champion Dmitry Bivol (18-0, 11 KOs), only to bail on that idea after two weeks of talks.

When Canelo gave up on that idea, it wasn’t a huge shock because few people believed he would risk taking a loss against the talented Bivol, particularly when he’s got $40 million on the table for a far easier fight against Plant, who can’t punch, has stamina issues and has never fought an A-level guy during his seven-year professional career.

Plant captured IBF super middleweight champion after beating a flawed champion Jose Uzcategui 2019, and he’s been carefully matched by his management since winning the title. In Plant’s three defenses of his IBF title, he’s beaten these soft targets:

All four of the 168-lb titles will be on the line for the fight, which is the selling point for the match. It’s a big deal to Canelo to try and capture all 4 super middleweight titles, but less so for the boxing public.

The fans want to see Canelo fighting better opposition, preferably fighters with a chance of being competitive and possibly beating him. 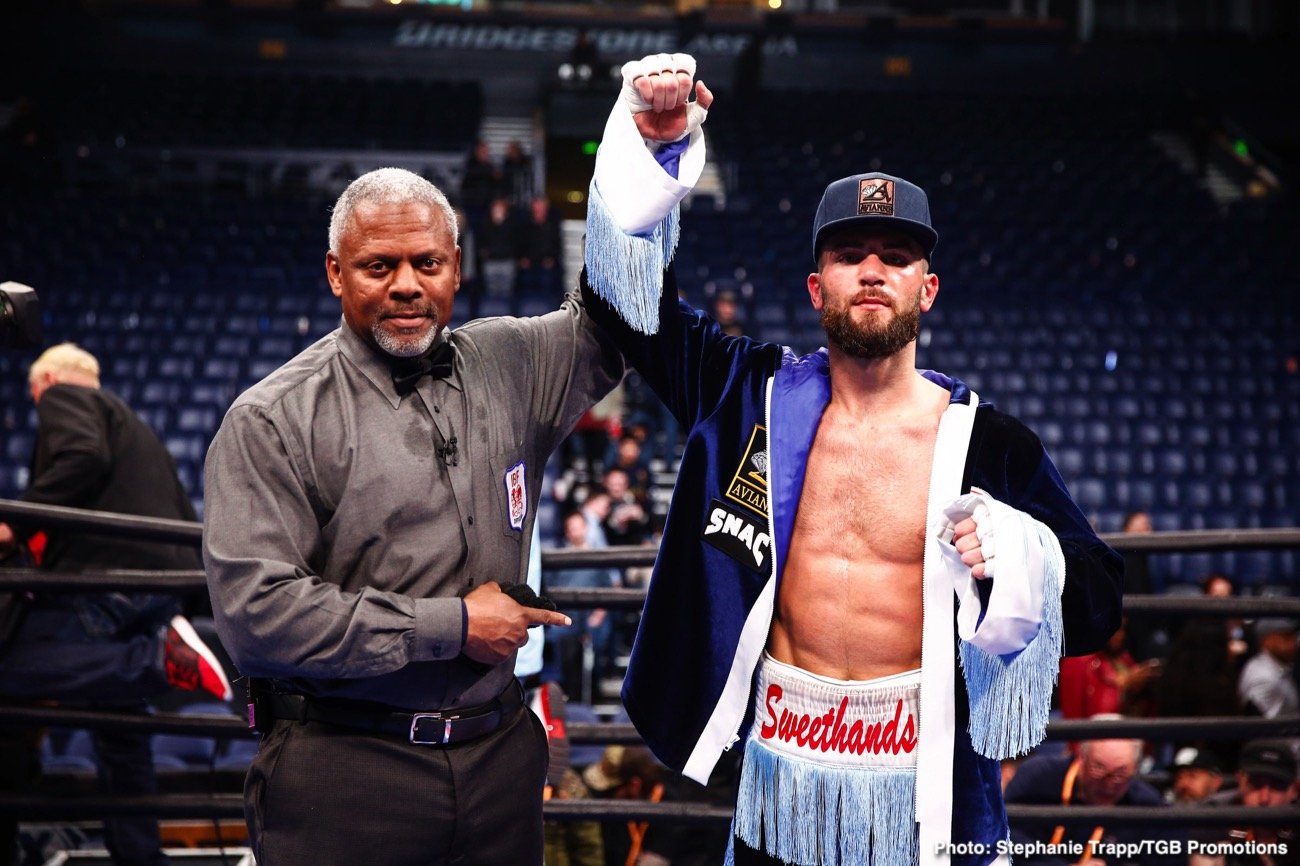 Alvarez’s decision to unify the 168-lb division has seen him beating lesser guys that U.S boxing fans had zero interest in seeing him fight. They didn’t want to see Canelo burn through three years of his career fighting these paper champions:

The drama that has gone into the negotiations for the Canelo vs. Plant fight has been a real headache, as the Mexican star at one point walked away from the talks and briefly entertained the idea of moving up to 175 to challenge unbeaten WBA light heavyweight champion Dmitry Bivol for his title.

As it turns out, the Bivol negotiations were probably a ruse on Canelo’s part to get Plant, 28, and his management at PBC to give in to the negotiation deal points that he wanted for the fight. Bivol would have been a HUGE departure for Canelo from the type of opposition he’s been feasting on since 2018.

Since Canelo’s close/controversial win over Gennadiy Golovkin in 2018, he’s been fighting opposition in which he was always the clear favorite.

Had Canelo fought Bivol, it would have been a shift to the middle grounds, with it being a 50-50 contest, which is why it seemed out of keeping with the Mexican star. As it turns out, Canelo wasn’t serious about fighting Bivol, and he quickly scampered back to restart the negotiations with PBC and Plant.

In choosing to fight Plant for the undisputed championship at 168, this is another fight for Canelo along the same lines as his recent ones against belt-holders Billy Joe Saunders, Callum Smith, and Rocky Fielding.  Like Plant, those three are a lackluster bunch of belt-holders who brought nothing to the table.

Unfortunately, Canelo-Plant is not the fight the boxing public wanted to see from Canelo. They preferred to see him face David Benavidez, Jermall Charlo, Dmitry Bivol, or Gennadiy Golovkin.

You can throw Artur Beterbiev’s name among that bunch. But it’s understandable why Canelo picked Plant. He’s easier, the threat for Canelo is low, and he can make good money, reportedly $40 million.

That’s not chump change for a fight that is a lateral move from Alvarez’s last match against former WBO super middleweight champion Billy Joe Saunders last May.

In Canelo’s last fight in May, he stopped WBO super middleweight champion Billy Joe Saunders after breaking his left orbital bone with an uppercut in the eighth round.

If Canelo does beat Plant down the line, we could see the Mexican star fight other PBC fighters, such as Jermall Charlo and former two-time WBC 168-lb champion David Benavidez.


« Naoya Inoue wants Casimero this year, ‘I want to beat him to the ground’