By Dan Ambrose: WBA Super World welterweight champion Yordenis Ugas (27-4, 12 KOs) shocked the fans with a 12 round unanimous decision win over Manny Pacquiao (62-8-2, 39 KOs) in a highly competitive fight on Saturday night at the T-Mobile Arena in Las Vegas.

In the 12th round, Ugas abandoned his cautious fighting style and was nailing Pacquiao with huge shots, appearing to rock him at one point. That was the exclamation point for Ugas’ performance tonight, and there was no answer for it from Pacquiao. He looked old, small, and feeble in the end. 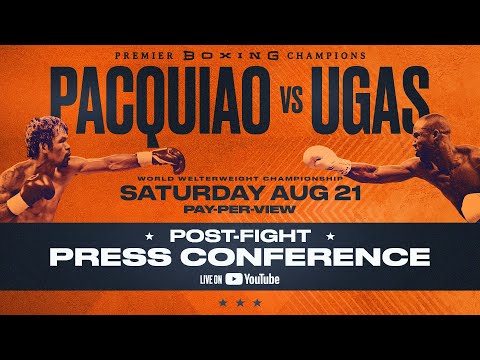 While it was supposed to war, it turned out to be a chess match between Pacquiao and the 2008 Olympian Ugas.

They liked the harder punches that Ugas was nailing Pacquiao with throughout the contest, particularly the painful-looking body shots the Cuban power puncher was landing. Yordenis was putting a lot of power onis punches to the body.

What a great fight that Ugas put in with the way he outboxed and out-slugged Pacquiao.

After the fight, Pacquiao was noncommital when asked if he’s going to continue his boxing career. He said, “I’m going to go home and think about it.”

If Pacquiao does come back, he has no other choice but to fight Ugas again to try and avenge his loss if he doesn’t want to be dumped on by the fans.

While it obviously would be more profitable for Pacquiao to face Errol Spence Jr or Terence Crawford, he would be inviting criticism from boxing fans for failing to at least attempt to avenge his loss to Yordenis.

Tonight’s fight was close enough for Pacquiao to have won if his mobility, foot speed, and work rate were there.

Sadly, Pacquiao looked slow on his feet and not the same guy that had beaten Keith Thurman two years ago.

Those two years out of the ring took a lot out of the 42-year-old Pacquiao in terms of mobility, but perhaps he could somehow bring it back if he worked hard in the next six months. 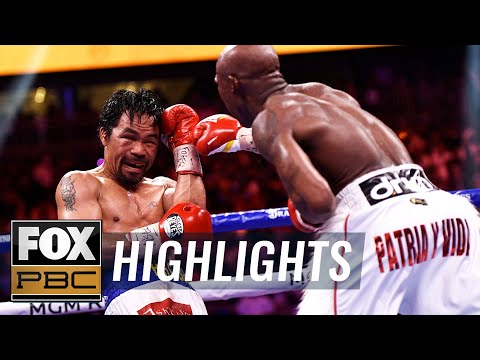 Barring an improvement on Pacquiao’s foot speed, he could potentially beat Ugas if he increases his work rate to 80 to 100 punches thrown per round.

Tonight, Pacquiao looked like he was afraid to let his hands go, as he was getting nailed by Ugas’ big body shots, and he clearly didn’t like the punches downstairs.

At one point, the referee warned Ugas for a low blow, but later, Pacquiao was looking at the referee to signal him to give Ugas a second warning. But this time, it was for a shot that hit Pacquiao on the beltline.

It was a legal blow, but Pacquiao was looking at the referee to save him, and that was a sign that he did not like getting hit to the body, snd you can’t blame him. Ugas is arguably the best body puncher in the welterweight division.