By Sean Jones: Yordenis Ugas will be defending his WBA welterweight title against 140-lb fringe contender Fabian Maidana in the co-feature bout on the Manny Pacquiao vs. Errol Spence Jr card on FOX pay-per-view.

The undercard of Pacquiao-Spence Jr is like a Frankenstein monster of assembled fights that are frankly off-putting, starting with the Ugas vs. Maidana.

Fabian Maidana, 29, is the brother of former two-division world champion Marcos Maidana, but unlike him, Fabian has fought exclusively second-tier opposition throughout his career.

It’s one of those failure-to-launch situations for Fabian, who has just never cut his teeth on world-level opposition all these years.

I don’t know why Ugas’ management has chosen to have him defend against Maidana because there are more deserving contenders out there than him.

For some reason, his management hasn’t put him in with top-tier opposition until now, with him getting a world title shot at 147. Ugas will likely be way too good for the inexperienced Maidana (18-1, 13 KOs).

Also on the card is an old-timer fight between former world champion Victor Ortiz and Robert ‘The Ghost’ Guerrero.

It’s unclear why this fight was added to the Pacquiao vs. Spence card because neither of these guys is relevant in this era of boxing. 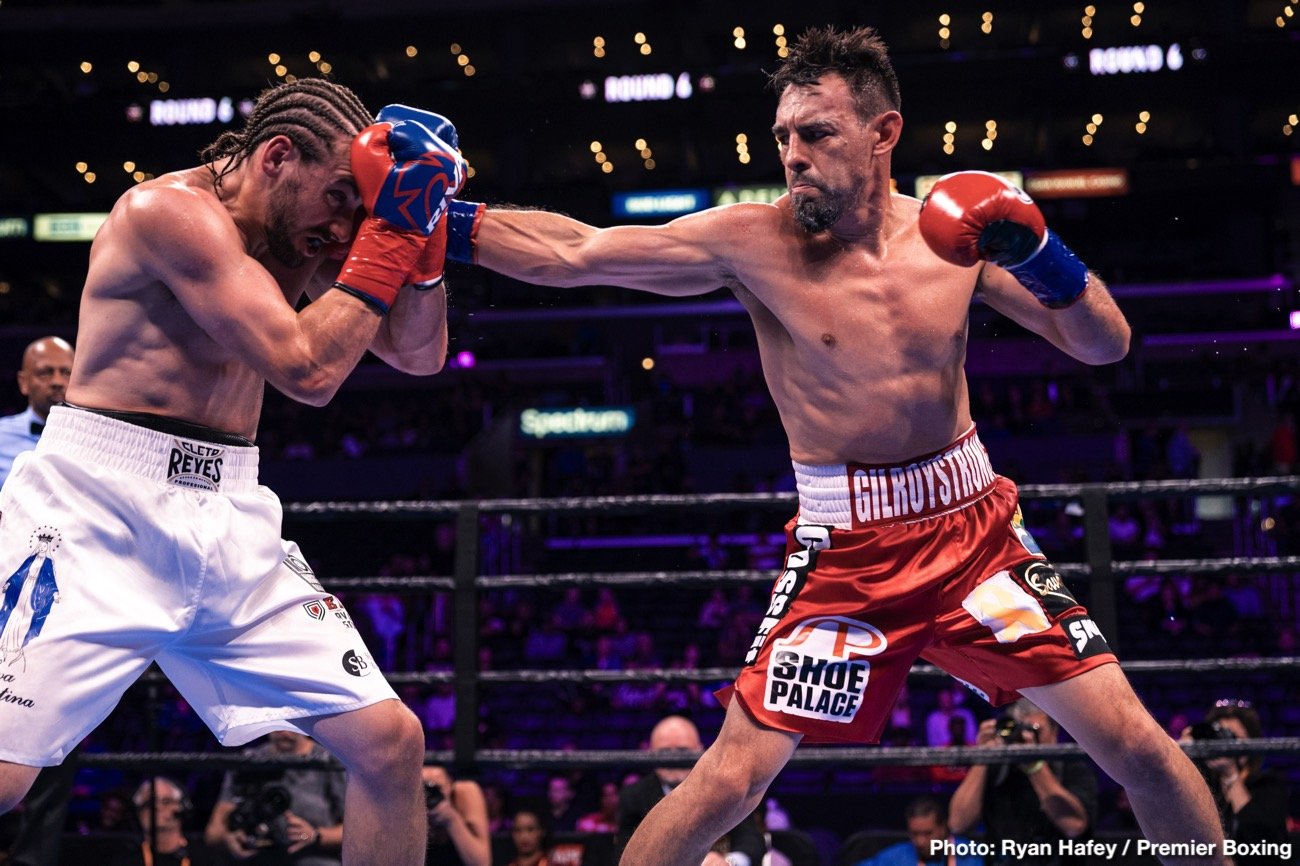 Guerrero was an excellent fighter during his day, but he hasn’t beaten a contender since his win over Yoshihiro Kamegai in 2014.

During his prime, ‘The Ghost’ Guerrero fought these fighters:

Had Guerrero stayed at featherweight, he could have had a long career and stayed world champion for many years.

Instead of staying at 126 and enjoying long-term success, Guerrero moved up to 147, chasing paydays against fighters with more natural power, size, and hand speed than him.

Although Guerrero initially enjoyed some success at 147, he was found out when he fought Floyd Mayweather, Danny Garcia, and Keith Thurman.

Guerrero’s once-promising career rapidly went downhill at 147, and the unkindest cut of all was when he was stopped in the third round by Omar Figueroa Jr in 2017. 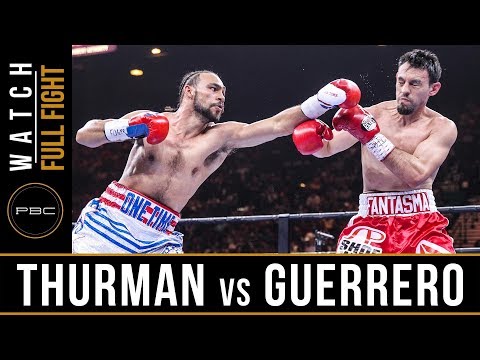 For his past, the 34-year-old former WBC welterweight champion Victor Ortiz (32-6-3, 25 KOs) hasn’t fought since his 12 round draw against past his prime Devon Alexander in February 2018.

That’s THREE years ago. What is Ortiz doing on the undercard of Pacquiao vs. Spence? For all intents and purposes, Ortiz vs. Guerrero is an old-timers fight and has no relevance to world-level fighting. They might as well call it an exhibition match because neither of these guys is going anywhere.

Victor Ortiz won the WBC welterweight title with a 12 round unanimous decision win over Andre Berto in April 2011. But from there, Ortiz lost his next three fights to Floyd Mayweather Jr, Luis Collazo, and Josesito Lopez. In 2016, Ortiz lost to Berto in a rematch by a fourth round knockout, and he looked totally shot.

With all the talented contenders that Ugas (26-4, 12 KOs) could be defending against, he’s matched against Maidana (18-1, 13 KOs), a fighter who has yet to fight his first true contender during his seven-year-old professional career.

Boxing fans want to see Ugas defend his WBA title against Keith Thurman, who needs his belt to use it as bait to get Spence to fight him.

It’s a waste of time for Ugas to be facing Maidana when he could make more money against Thurman, Conor Benn, or Mario Barrios. I mean, fighting Maidana makes sense for Ugas as he milks his WBA title to hold onto it for as long as possible.

NEWS:   Prograis says Spence & Jermell Charlo would hurt each other at 154
Share1K
Tweet