By Willian Lloyd: WBC heavyweight champion Tyson Fury is getting some excellent sparring from dangerous knockout artists Jared Anderson and Efe Ajagba in preparation for his title defense against Deontay ‘Bronze Bomber’ Wilder on July 24th. The card will be taking place at the T-Mobile Arena in Las Vegas, Nevada.

Anderson is someone that would be a nightmare for Fury to fight even now because he’s relentless, powerful at any range, and he’s a dangerous body puncher.

Jared’s ability to throw nonstop shots with power would make him a tough opponent for Fury if they fought right now.

The 6’6″ Ajagba has a fighting style closer to Wilder than Jared Anderson. With Ajagba’s lethal right hand power, he’s dangerous for Fury to be sparring with because he can hurt him if he lands flush.

The undefeated 21-year-old Jared Anderson has proven to be the most beneficial of the sparring partners for Fury (30-0-1, 21 KOs), according to his promoter Bob Arum of Top Rank. 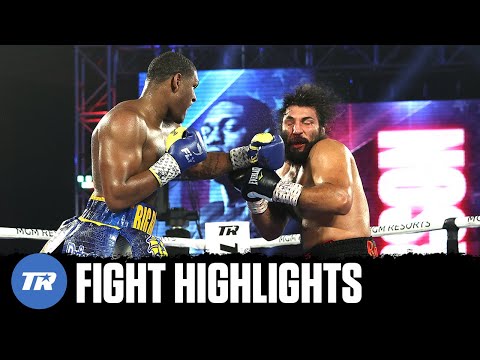 Although the 6’4″ ‘Big Baby’ Jared Anderson isn’t as tall, powerful, or as fast as Deontay (42-1-1, 41 KOs), he’s more of a pressure fighter who has two-handed punching power and unlike Wilder, he throws his shots in combination.

Anderson is a completely different type of fighter than Wilder, who tends to throw one punch at a time and doesn’t possess an inside game.

Fury likely having problems getting the better of Anderson on the inside because this is a guy that can fight well in close or on the outside.

What’s even more interesting about Jared is his ability to turn southpaw while attacking. In mid-attack, Anderson will turn southpaw and start nailing his opponents with powerful left hands.

“We have a guy who Tyson tells me, and a lot of people tell me, will be the next great heavyweight champion,” Bob Arum said about Jared Anderson to Sky Sports.

“The kid has had nine fights now,” Arum continued about the 6’4″ Jared Anderson. “Talk to Tyson – he gives Tyson hell when they work out. He’s a great sparring partner.

“Tyson said to me after the Wilder fight that he attributes a great deal of his success to sparring with Anderson.”

Jared has knocked out all nine of his opponents since turning professional in 2019.

Not surprisingly, Anderson still hasn’t faced first-tier opposition because he’s still learning but he looks like someone that is capable of beating the best in the top 15 even now.

Anderson will be fighting unbeaten Vladimir Tereshkin (22-0-1, 12 KOs) in an eight-round bout on the undercard of Fury – Wilder 3 on July 24th.

The negative about using Anderson as a sparring partner for Fury, 32, is that his fighting style is nothing like that of Wilder. Anderson doesn’t fight at all like Wilder. Hence, he’s not going to prepare him for the right-hand single shot punches that Wilder throws, which are much faster and more powerful than Anderson.

Jared’s fighting style of closer to that of former Fury opponent Otto Wallin with the way that he stands in front of his opponents and unloads with nonstop power shots with both hands.

That fighting style is nothing like Wilder, who is more like a bigger version of Thomas Hearns.

“If you can hit me, then you’ve got some speed and technique,” Anderson told Sky Sports about Fury.

“He knew that if he could hit me, he could definitely hit Wilder.”

Jared isn’t that hard to hit because he stands in front of his opponents, unloading on them and not focusing too much on his defense.

What makes Anderson hard to hit is his offense. He’s throwing so many shots at his opponents that they don’t have time to throw anything back.


« Canelo looking at other options for September, Plant fight in doubt