The Boxing Prospects @ the Olympics

By Gav Duthie: Less than a week away but a year overdue, the Olympic games takes place in Tokyo, kicking off on July 23rd. 2016 was a great event for the sport of boxing, pioneering in changes to the judging system, rounds over points, no head-guards, and a continuation of the wonderful strides made by women’s boxing after a successful Olympic launch in 2012.

With most readers being from the UK or the US, I thought I would have a quick look at the main prospects as both countries can sometimes struggle to compete with Cuba and Eastern Europe. Another crop that will do their best.

The women will hope to continue the progress made by Nicola Adams (UK) and Claressa Shields (US). No American men have won a gold in the Olympics since Andre Ward in 2004. 2012 saw success for the UK in Anthony Joshua and Luke Campbell but only places since. But what does the new crop have to say for themselves.

The lure of the Pro’s

The main reason for the lack of success is not just the competition. Any amateur boxer from Britain or America showing promise is often prized away by the big promoters. 4 years is often too long to wait when you can make money now. Cuba, on the other hand, the Olympics is their pinnacle. Recently, however, some boxers have been allowed to turn professional but still compete, so this gives the countries a chance.

The best hope for the UK medals is Pat McCormack (64-10) in the Welterweight division. He is one of the highest-rated in the amateur game. His division is stacked, however, with veteran Cuban and former gold medalist Roniel Iglesias (266-36) competing as well as top Russian Andrey Zamkovoy (128-21). Brother Luke McCormack is also a good prospect, as is GB captain Frazer Clarke at super heavyweight. The 29-year-old has been on the team for 10 years but missed out previously because of Anthony Joshua and Joe Joyce. 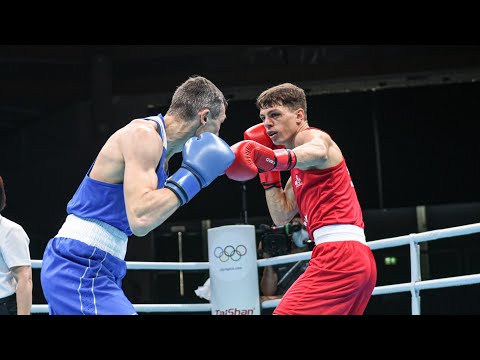 On the female side, the UK has some very good fighters. Daniel Dubois’s 20-year-old sister Caroline (35-2) has a great chance. Unfortunately, she is up against Kellie Harrington (70-18-1), who beat Dubois recently and the best Irish Amateur since Katie Taylor and one of the pound-for-pound best in Brazil’s Beatriz Ferreira (68-6). Lauren Price (32-12) is also regarded as amateur boxing’s best middleweight and is on great form of late undefeated in her last 14.

22-year-old Richard Torrez Jnr has amassed a 60 fight record of 51-9 and is regarded as a big prospect for the U.S. He is a good slick southpaw with good feet and fast hands. It is a great division, though, and the betting favorite from Uzbekistan Bakhodir Jalalov (83-11) knocked Torrez clean out in 2019 in the first round.

Keyshawn Davis (76-12) at super lightweight is another major hope. He has been allowed to start as a professional as well and is 3-0 in those ranks. He is a fast orthodox fighter with good power. The main obstacle here though is that he lost his last two fights against the top amateur lightweight Andy Cruz.

On the women’s side, there is Rashada Ellis (45-16), part of the huge Ellis boxing family, but the best is probably 33-year old Virginia Fuchs at Flyweight. She is by far the most experienced Flyweight in the amateur game and capable of beating anyone. 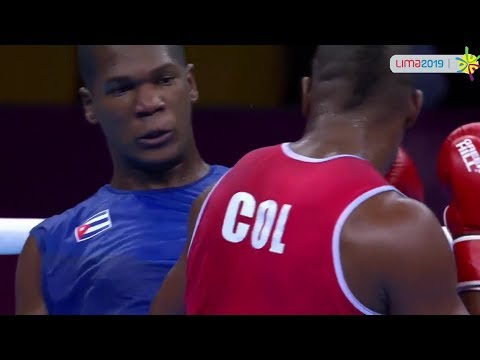 It wouldn’t be right to talk about the amateur game without the Cuban’s. They still don’t have a women’s team but have an amazingly talented men’s side. They have so many medal hopes in Heavyweight Julio Cesar La Cruz, former Gold medalist Roniel Iglesias and featherweight Lazaro Alvarez but there are two that stand out even above these talents.

21-year-old Dainier Pero needs a big mention. He is (60-4) despite his young age and is keeping top boxer Erislandy Savon, nephew of the great Felix Savon, out of the team. He has lost a couple to French competitor Mourad Aliev who will be at the games and hasn’t yet faced Torrez, Clarke, or Jalalov as far as I can see, so it will be interesting to see how he fares.

The main man in the team, though, and probably the best in the amateur game, is Andy Cruz (108-8) and (16-0) in World Series Boxing. He is simply superb. Good speed but his timing, footwork, and most of all, defensive head movement is incredible. As is always the case with Cuban’s we may never see him turn professional, so it will be a joy to watch him from next week on.

Agree or disagree? Anyone, to add? Feel free to add any recommendations in the comments and enjoy the boxing.


« Errol Spence Jr says Pacquiao will “retire” after their fight