PBC willing to do one-fight deal for Canelo vs. Plant for Sept.18th

By Sean Jones: PBC is reportedly willing to give Canelo Alvarez the one-fight deal that he and his promoter Eddie Hearn have been asking for to make the September 18th fight with Caleb Plant.

ESPN Knockout is reporting the news of the PBC giving Canelo a one-fight deal to face IBF super middleweight champion, Caleb Plant. This is a huge step back from the three-fight deal that they were asking for, according to Hearn.

Canelo wasn’t going to agree to a three-fight deal for him to fight on PBC just so that he could get the chance to meet Plant (21-0, 12 KOs) for the undisputed championship at 168.

If Plant were a massive star and not just an obscure FOX network champion, PBC would have a better chance of getting Canelo to agree to a multi-fight deal, but that’s not the case.

Now it’s up to Hearn and PBC to agree on the purse for Plant, who reportedly wanted $10 million to face Canelo. That’s more than what former 168lb belt-holders Billy Joe Saunders and Callum Smith got for their fights against Canelo.

Plant argues that he’s better known than Saunders and Smith to U.S boxing fans and that his recent fight against former IBF champion Caleb Truax brought in a lot of views on FOX.

Canelo-Plant might be shown on FOX pay-per-view, which will be a big gamble because if it doesn’t pull in enough buys to cover the purses for the two fighters, it would be bad for the promoters.

Plant isn’t a big name, and there’s no demand from boxing fans for Canelo to fight him. If they’re asking people to pay between $70 to $80 to watch it on FOX PPV, it could be a fail.

Canelo is popular, and he still needs to be fighting a high-level opponent that the boxing public wants to see him compete against for him to bring in pay-per-view buys. Against Plant, Canelo will have to singlehandedly bring in the buys by himself.

Earlier today, Hearn drew a line in the sand, saying that Plant will need to agree to a one-fight deal with Canelo by this week, or they’re moving on.

Hearn mentioned that Canelo would face Artur Beterbiev or Dimitry Bivol if the Plant fight fails to materialize. If Canelo peddles his next fight on pay-per-view, he’d be better off fighting Beterbiev, Bivol, or David Benavidez rather than Caleb Plant.

It would be very risky for Canelo to fight Plant on PPV because it’s a mismatch, and the fans would be excited at seeing Canelo fight another champion at 168.

They’ve already seen Canelo rifle through the weak belt-holders in the weight class with his victories over Callum Smith, Billy Joe Saunders, and Rocky Fielding.

Plant is no different than any of those guys. He’s not worse than them, but he’s not better either.

If you saw Plant’s fight with Uzcategui, you’ll know what I’m talking about. Plant fell apart completely in the second half of the contest and was staggered repeatedly by Uzcategui. 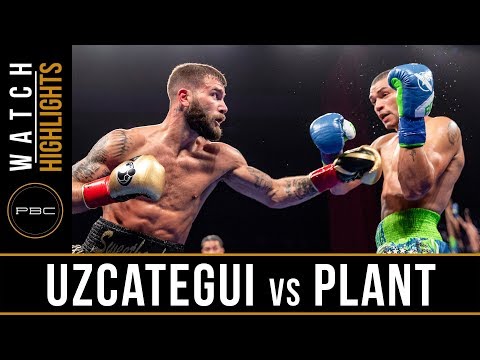 Plant stands to lose out on a huge payday if the fight with Canelo fails to materialize. The 28-year-old Plant will not make the same kind of money fighting anybody else, and he’ll likely lose if he fights one of the talented contenders.

He barely beat Jose Uzcategui in 2019, and that’s the only somewhat talented fighter he’s faced during his seven-year professional career.

This isn’t a good sign for the future that Canelo was asked to agree a multi-fight deal with PBC for a fight with Plant.

If this is what Canelo has to go through to get a match against Plant, a mere-belt-holder and not a big name, what happens when Alvarez attempts to set up a fight with Jermall Charlo?

Will Canelo be asked to agree to a multi-fight deal with PBC just so he can face Charlo?


« Eddie Hearn says Fury vs. Wilder 3 would have been a financial disaster

Charlo vs. Castano undercard for Saturday »