Tszyu is being groomed for world honors against multi-belt champion Jermell Charlo, but he needs to get one or two notable scalps from Liam Smith & Danny Garcia before he challenges for the titles.

The former WBO junior middleweight champion Liam (29-3-1, 16 KOs) says he’ll gladly take the fight and defeat the 26-year-old upstart Tszyu (19-0, 15 KOs) if the offer is good enough from his side.

Smith, 32, is one of several names #1 WBO Tszyu called out following his third round destruction of fellow countryman Steve Spark on July 7th.

Unfortunately for Tszyu, both Danny and Liam Smith are coming off 12 round decision defeats, limiting the amount of kudos he’ll receive from boxing fans by beating either of them.

“It’s the fight I’ve wanted. I’m willing to go over there and see what he’s all about if they can make me a fair offer,” said Liam Smith to DAZN.

“If he [Tim Tszyu] beats me, then there’s no doubt he’ll go on and do well for himself, but I don’t think he’s ready yet,” Liam said of the young Tszyu.

Smith has a lot of experience and excellent punching power in both hands. It’s certainly a big step up for Tszyu in taking this fight, particularly when his best opponent to date is arguably Jeff Horn.

Liam is on another level than Horn, Dennis Hogan, or Steve Sparks, and that’s why a fight between him and Tszyu is so compelling.

We don’t know how Tszyu will react when he gets in there with a guy that has power, can punch back, and won’t fold in three to five rounds.

How will Tszyu react when Liam doesn’t fall apart after the first half of the fight? It’s going to be interesting to see if Tszyu can stay composed and continue to trade leather with Smith or if he crumbles when met with adversity.

‘Beefy’ Smith will show whether Tszyu is ready to take the next step with his career to challenge the winner of this Saturday’s fight between 154lb champions Jermell Charlo and Brian Carlos Castano for the four titles.

It’s fair to say that if Tszyu struggles terribly in beating Liam, it suggests that he’s not ready to challenge for a world title yet.  A loss for Tszyu obviously would be a horrible setback for him, showing that he’s not good enough for the world stage.

“There’s so much hype with him in Australia. He’s been built into a star over there,” said Liam Smith of Tszyu.

“Who’s his best win? It’s probably Dennis Hogan, and does that tell you he’s world-class? Not for me. Jeff Horn was finished

“I’d be more than confident going in and beating him,” said ‘Beefy’ Smith predicting a win over Tszyu. 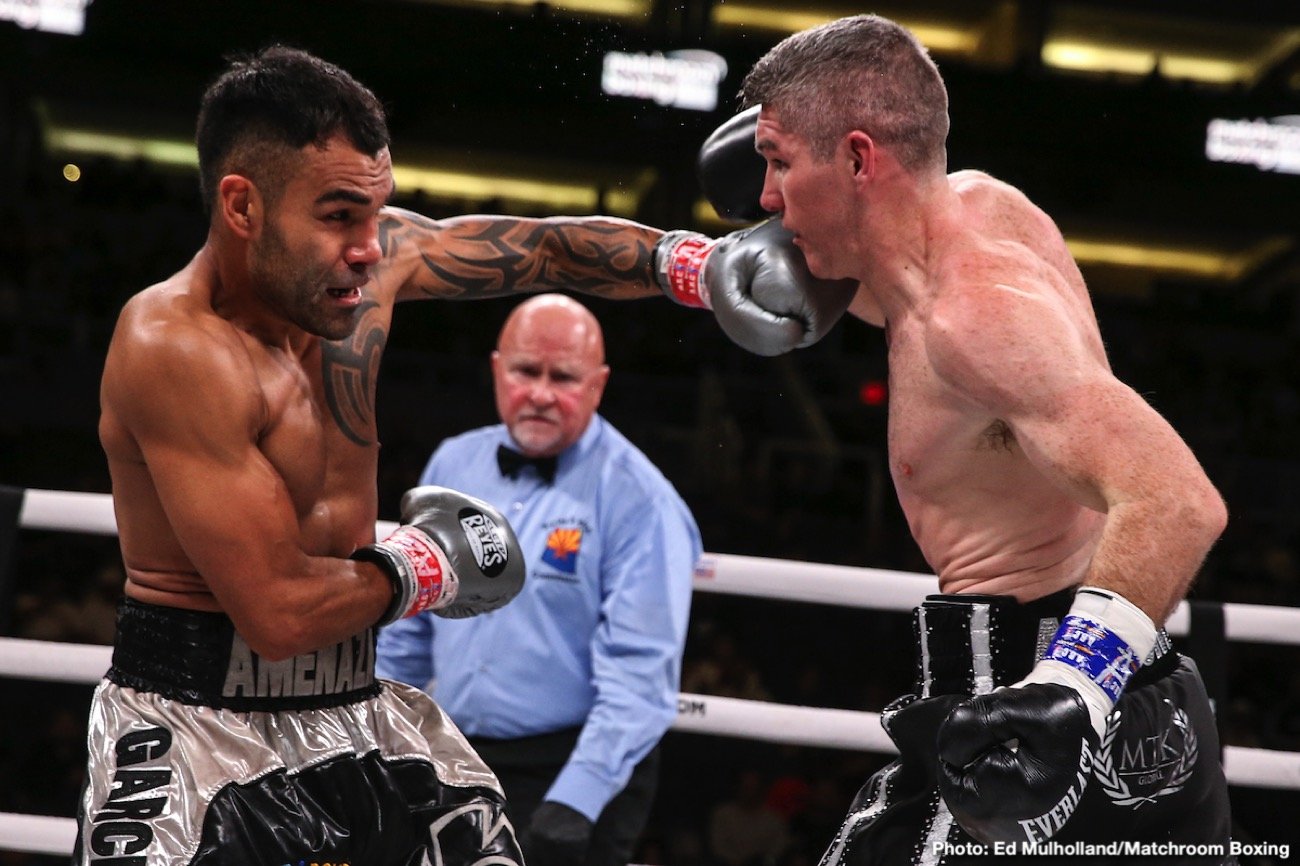 The lack of experience that Tszyu has is why it’s difficult to know if he’ll be ready for a seasoned pro like Liam. Tszyu doesn’t have anywhere near the same experience that Smith possesses, but he does possess the power.