Josh Taylor vs. Jack Catterall planned for Nov.20th/27th in Scotland

By William Lloyd: Undisputed light welterweight champion Josh Taylor will be making a defense on November 20th/27th against his WBO mandatory Jack Catterall (26-0, 13 KOs) in Scotland.

Top Rank promoter Bob Arum told Dan Rafael that’s when they plan on getting Taylor (18-0, 13 KOs) back in the ring for what will be a homecoming.

This will be the first fight for the undisputed 140-lb champion Taylor, 30, since his victory over WBC/WBO champion Jose Ramirez on May 22nd.

WBO mandatory ‘El Gato’ Catterall had previously stepped aside to allow Taylor to battle Ramirez for the undisputed clash last May, so how he’s being given his shot.

Taylor could have vacated his four titles without fighting the 28-year-old Catterall, but he wanted to give the shot because he had said he would do it.

Although there are far bigger fights out there for Taylor than Catterall, he wants to take this one. It’s a match-up that will interest UK boxing fans, but not the Americans, who aren’t familiar with Catterall. They’d rather see Taylor fight one of these guys:

Taylor could be moving up to 147 soon to challenge for a world title against WBO welterweight champion Terence Crawford. However, those plans could change for Josh if Crawford loses his WBO-ordered title defense against Shawn Porter.

Catterall has mostly fought domestic-level opposition during his nine-year professional career. It’s unclear what went into the World Boxing Organization’s decision-making in ranking Catterall at #1 with their organization.

One can’t see any real method to what went into their decision to place Catterall at number one, given his complete lack of quality opposition on his career resume.

Catterall’s best wins as a pro:

This should be easy work for Taylor to defeat Catterall, and it’ll give him a nice rest from his grueling fights against Jose Ramirez and Regis Prograis.

What’ll be interesting to see is if Catterall will be able to make it past the first round against Taylor. In Taylor’s last mandatory defense of his IBF belt, he destroyed challenger Apinun Khongsong in the first round. 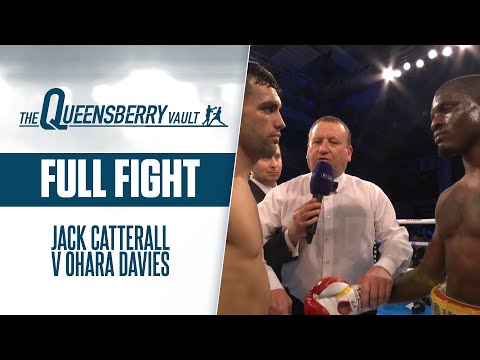 Catterall isn’t as big of a puncher as Khongsong is, and he doesn’t have the experience against top-tier opposition to know how well he’ll do against Taylor.

It would have been nice to see Catterall face at least one top 15 contenders before challenging for a world title against arguably the #1 fighter in the 140-lb division in Josh Taylor.

If Catterall had been tested against someone like Subriel Matias, Regis Prograis, Jose Zepeda, or Shakhram Giyasov, we’d know what his pedigree is and have an idea of how well he’ll do against Taylor.