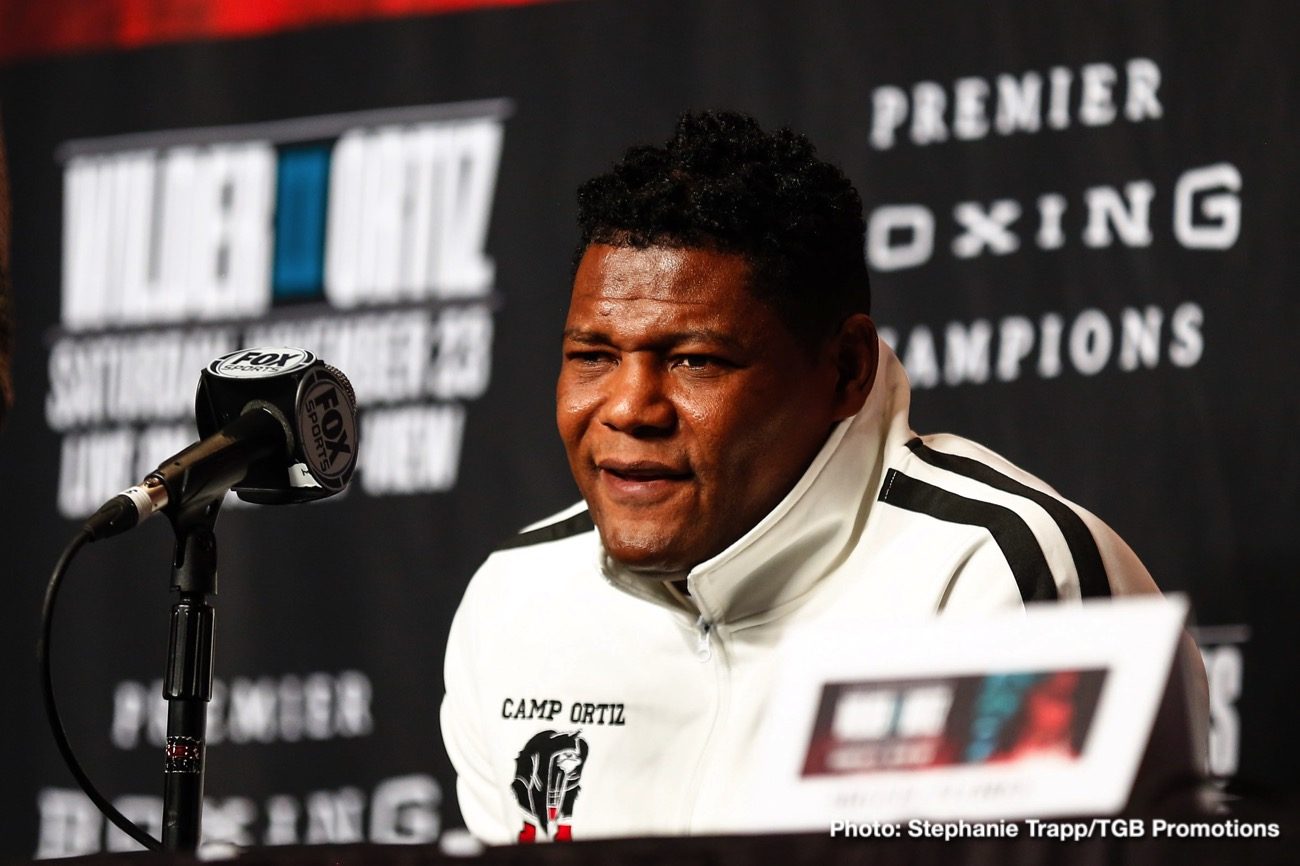 Whether Joyce fights with the talented 42-year-old Cuban Ortiz (32-2, 27 KOs) will be up to his promoter Frank Warren and manager Sam Jones.

Ortiz might be too good for Joyce. Look at it this way. If Ortiz beats Joyce, he’ll lose his WBO mandatory spot, and he won’t get a world title shot against Anthony Joshua, Tyson Fury, or whoever holds that belt.

Will Jones and Warren give Joyce the green light to fight the 6’4″ Ortiz, or will they deem him too risky. Joyce has been matched with many different fighters, but none of them in the class of Ortiz.

Up to now, Joyce has pretty much been matched against exclusively OLDER fighters. Whether that’s a mere coincidence or by design is unknown.

All you can say for sure is Joyce’s promoters have matched him against many older fighters that were well past their primes.

It’s certainly a great way of matching a flawed fighter if you have doubts about how they would do if they pitted against a younger heavyweight like Filip Hrgovic or Frank Sanchez.

Maybe I’m wrong, but it almost looks like Joyce has been purposefully matched against older fighters for some reason. Joyce’s resume is littered with ancient fighters, and that makes you wonder whether he’s one of those guys whose record is inflated. We see that all the time with fighters being fed fodder to build them up for a title shot.

Once they get in there, they’re badly exposed by a quality champion. From there, it’s rinse & repeat. The beaten fighter is once again matched against dreadful opposition to get them in position for another world title fight, and we get the same result.

In terms of Luis Ortiz’s age, he fits in nicely with the type of fighters that Joyce has been competing against since he turned professional in 2017.

Luis Ortiz looked great in his last fight, stopping Alexander Flores in the first round last November. Ortiz showed both speed, power, and deadly accuracy in taking out Flores in lightning fashion.

There’s a big difference between Joyce fighting a faded guy like Takam, who was never exceptional even when he was younger, and a fighter like ‘King Kong’ Ortiz.

At 6’4″, Ortiz has the size, power, and, more importantly, the boxing skills to give Joyce massive problems. 42 is an advanced age for a fighter, obviously, but Ortiz is still faster than Joyce and can give him problems.

Joyce (13-0, 12 KOs) is the WBO mandatory to champion Anthony Joshua, but Joe will be in an extended holding pattern for possibly the next year while waiting for his title shot.

In the meantime, Joyce will need to stay busy fighting different guys to stay sharp while waiting for the day to come for him to get a title shot against the WBO belt holder finally.

“Surely you know we’d welcome anyone by now [for Joyce],” Jones added.

“When I hit him with a left hook, and he wobbled,” said Joyce to BT Sport Boxing about when he realized he had Takam hurt in the sixth.

“Then I saw the opportunity and came rushing in to try and knock him down, but he wasn’t going down. He’s such a tough guy and a proper warrior.

“It’s a fine line. When you’re getting hit with loads of unanswered shots. I think in the guidelines of boxing, it’s ten unanswered shots,” said Joyce about Takam complaining about the fight being stopped prematurely in the sixth.

“Takam was firing back, but I think it was like 20 [unanswered] shots when it got stopped,” said Joyce.

“Respect to Takam for coming all the way here. He’s an African lion, he’s tough, and he’s strong and durable,” said Joyce. “He gave me a great fight and gave me something to think about, and he gave me some ring time.

“He’s a tough fighter. I had to work him out and work on my distance and my footwork and get going,” said Joyce.

There’s no disagreement from most boxing fans on the referee’s decision to stop the fight in the sixth round.

Joyce hit Takam with a blizzard of punches after hurting him with left-hand moments into round six. The referee Steve Gray did the correct thing in stopping the fight after Joyce staggered Takam for the second time in the round.

“I hit him with a good shot [in the sixth], and he wobbled and then went in and finished him off. I’m not sure; I have to watch it back,” Joyce said when asked how he had his fight with Takam scored going into the sixth and final round.

“He landed some good shots. I have to watch it back. I feel pretty comfortable riding his shots, blocking his shots, and coming back with my own, landing that ramrod jab down the middle.

“I hit him with a few uppercuts, which I’m pretty happy because that’s something we worked on in the gym.

“He has got power. In the first or second round, he hit me with a brilliant straight right down the pipe, which was good.

“I’ll probably feel it later when I start seizing up, and I start feeling lumps and bumps on my head,” said Joyce.

Takam landed a big right hand in the second round that Joyce clearly felt. That punch hit Joyce flush, but he took it well.

Many heavyweights would have been knocked out if they were hit with the same shot by Takam. Moving forward, Joyce has got to work on his defense to prevent other fighters from landing those kinds of shots on him.

If this were Anthony Joshua landing the same punch, Joyce might not have been able to take it as well. Joshua would keep throwing similar punches one after another, not giving Joyce time to recover.