Jermell Charlo says Brian Castano will be surprised by him

By Max Schramm: IBF/WBA/WBC 154-lb champion Jermell Charlo gave away the game plan for Saturday night by saying that WBO champion Brian Castano will be surprised by his reach and distance in their undisputed championship fight.

Charlo vs. Castano are headlining on SHOWTIME Boxing at the AT&T Center in San Antonio, Texas. The winner of this fight will be the undisputed champion at 154.

For Charlo, it’s a unique challenge to be taking on a short fighter that is known for crowding his opponents and outworking them on the inside.

It’s challenging to keep Castano from getting inside, and it’s unclear what Charlo will be attempting to do to reduce the frequency of that happening.

Erislandy Lara, who has a longer reach than Jermell and much more experience, couldn’t keep Castano from getting inside. Although Lara tried hard to keep Castano bottled up on the outside, it was no use.

Castano made the fight and inside war, and he fought to a 12 round draw with Lara.

Charlo is willing to fight Crawford

“Everybody is kind of good, everybody in this division,” said Jermell Charlo to media about the 154-lb weight class. “I’ve run through a bunch of them.

“I’m ready. Anybody in the division that wants some of this, they can come and get it.

“I know the young ones are coming up, and I know they’ve got some ones that want to transition over to my division. That’s why I show you Saturday night why it’s okay to second guess that decision.

“They got to work their way up to the champ. I can’t see you until you prove it. I’ve been proving it. When I’m in there, I don’t even see the fans.

“I think all the fights that I’ve had in the last ten years have been tough fights, and that’s what has led me to the victories that I’ve been having lately,” said Charlo.

By the time Terence Crawford moves up to 154, Jermell will have already moved up to 160.

Crawford won’t be leaving the 147-lb division for some time because he’s in the position to fight the winner of the Manny Pacquiao vs. Errol Spence Jr fight.

Crawford would be a tough fight for Charlo because he’s got excellent power, and he’s an excellent counter puncher still. We don’t know how Crawford will react to Charlo’s size and power, though.

Again, it’s likely Jermell will have moved up to 160 by the time Crawford moves up to 154 if he ever does.

This fight is important because you have a guy [Castano] that is hungry, he’s rough, he wants to fight you. I felt like I was already punching him face-to-face right now. 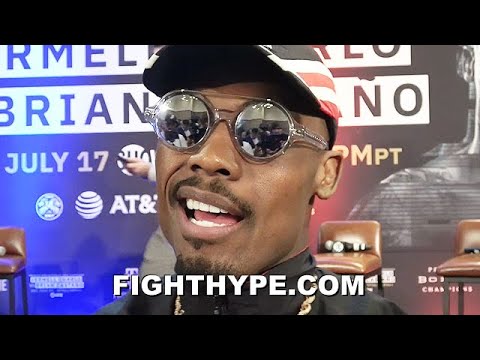 “I’m excited to be there, and these are the fights that have made me the champion that I am. I don’t have these belts for no reason. I know most of them came from one opponent when I fought [Jeison] Rosario, but Rosario was a tough, rugged guy.

“I was the guy that exposed him and showed you what it was all about. I have to step up at certain moments to face adversity. Who knows?

“I might have to face adversity in this fight, but I’ll pull through. He [Castano] throws some strong short shots on the inside, but defense and all these other things matter,” said Charlo.

Jermell should be worried about the short machine-gun-like shots that Castano throws because their powerful, and he throws so many.

He’s one of the most active fighters in the 154-lb division in terms of punches thrown. In contrast, Charlo has one of the lowest work rates for the division.

If Castano can get inside on Charlo, he could wreak havoc against him and possibly win. Tony Harrison has already beaten Charlo, so it’s not an alien experience for him.

Jermell says Castano will be surprised

“He’s going to be surprised at my reach, my distance, and how I utilize it,” said Charlo about what will surprise Castano about him. 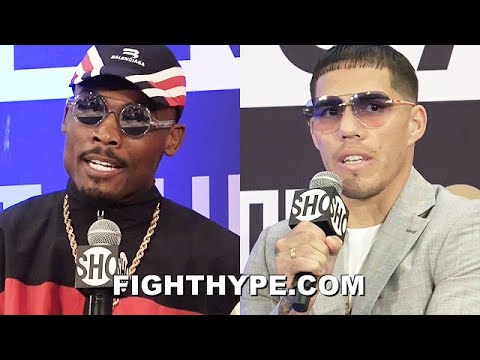 “[Trainer] Derrick James is a very unique person. He’s deeper than boxing. Knowing he’s got Errol Spence and me, and we both got major fights coming up, and that’s why I got to do the things I’ve got to do.

“It makes him such a phenomenal coach. I know there’s other coach out there like the one Canelo has got, the Reynoso guy.

“He’s got a stable. He’s got some studs, and you got to give him respect, but Derreck James is right there with the top,” said Jermell.

Charlo will try to keep Castano on the outside, but everyone that he’s fought has tried and failed to keep him from getting in close.

The 5’11 1’2″ Patrick Teixeira is just as tall as Jermell, and he punches with the same power.

He failed at keeping Castano on the outside in their recent fight last February. Castano won that fight by a 12 round unanimous decision.

It’s interesting that Charlo now looks to score knockouts in all of his fights, which is different from how he used to win.

In the past, Jermell was more of a boxer, and his brother Jermall was the slugger. Jermall is still the bigger and stronger guy, but Jermell is looking better and knocking everyone out.

With that said, Jermell isn’t fighting great competition, though. His best win was against Tony Harrison in the last six years, who beat him in their first fight in 2018.

Harrison is a guy that had been knocked out by Jarrett Hurd and Willie Nelson. Jermell avenged his loss to Harrison, knocking him out in the 11th round in 2019.

If Jermell is able to dominate and stop Castano on Saturday, it would say a lot about his talent.