Golovkin needs to move on from Canelo

By Michael Malaszczyk: It’s hard not to feel a twinge of sympathy for Gennady Golovkin. A talented fighter coming from a strong amateur background, he was frozen out of big fights in his career with Felix Sturm, Sergio Martinez, Miguel Cotto, and for a short period of time, Canelo Alvarez.

When he did finally get that big fight with Canelo, he was handed a draw in a fight many feel he won. When they fought an extremely close rematch, Canelo was given the decision by majority decision.

Despite the fact that these fights were extremely close, Golovkin’s legacy was suddenly in question: was he a truly great middleweight, or did he just fight easy fights before he met Canelo?

Take a look at how Golovkin’s career has gone since the Canelo losses. He had a falling out with longtime trainer Abel Sanchez before employing Jonathan Banks. He steamrolled Canadian fighter Steve Rolls before reclaiming one of his belts in a somewhat controversial fight with Sergiy Derevyanchenko.

He then took a year-long hiatus due to the pandemic before obliterating the brave but overmatched Kamil Szeremeta. What has he said after all three of these fights? “I am ready for Canelo.” 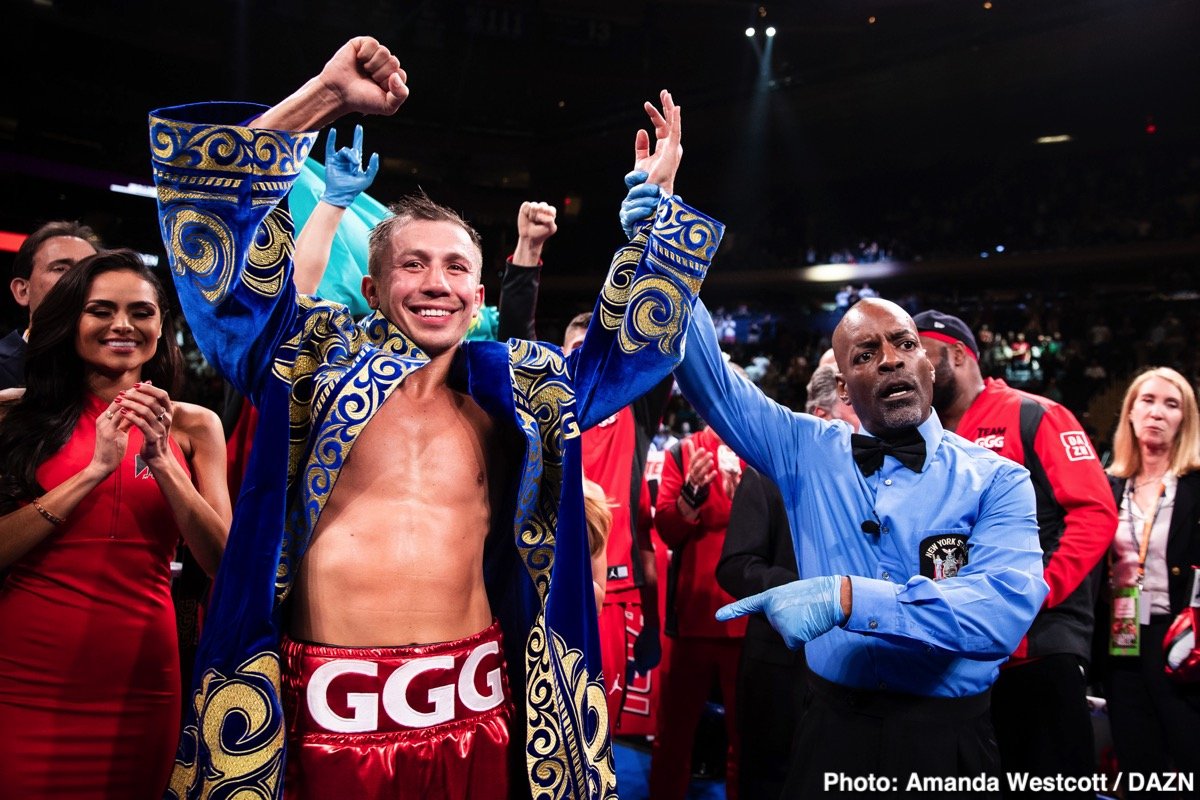 Contrast this with how Canelo’s career has gone after Golovkin. He won a minor title at super middleweight against Rocky Fielding. He won a close but clear decision in a middleweight unification against Daniel Jacobs.

He knocked out Sergey Kovalev to win the WBO light heavyweight strap. He then took another year-long hiatus due to the pandemic before returning to pitch a near shutout against Callum Smith for unified titles at 168. He steamrolled a mandatory challenger in Avni Yildrim before breaking Billy Joe Saunders’ face in a unification bout at 168.

Canelo has not expressed much of an interest in the third fight with GGG. While he has not been outright opposed to it, it’s clearly in the backseat for him. Looking at it from Canelo’s perspective, Golovkin doesn’t offer all that much. He has already beaten him once after two extremely hard-fought fights; why go through all that again just to face someone you already have a win over?

Golovkin needs to start thinking similarly. Golovkin must start thinking of his legacy. Looking at the heights Canelo has now reached, there is no shame in having a draw and a razor-thin loss to Canelo.

In fact, considering how much Canelo has improved since the GGG fights, it may serve Golovkin better not to fight Canelo because Canelo could very well win much more decisively a third time around.

Ending the rivalry when not everyone agrees on a clear winner after 24 rounds could be good for Golovkin. When Canelo’s historic legacy is discussed, Gennady Golovkin’s name will always be mentioned.

There are big fights available for Golovkin at 160 in Jermall Charlo and Demetrius Andrade. He could also add a solid name to his resume in Jaime Munguia. Golovkin is getting old in boxing years, and sitting around fighting outmatched fighters while waiting for a third Canelo fight could be a stain on his legacy.

From Rock-Lifting Champion to EBU Heavy Champ Was Jose Urtain! »